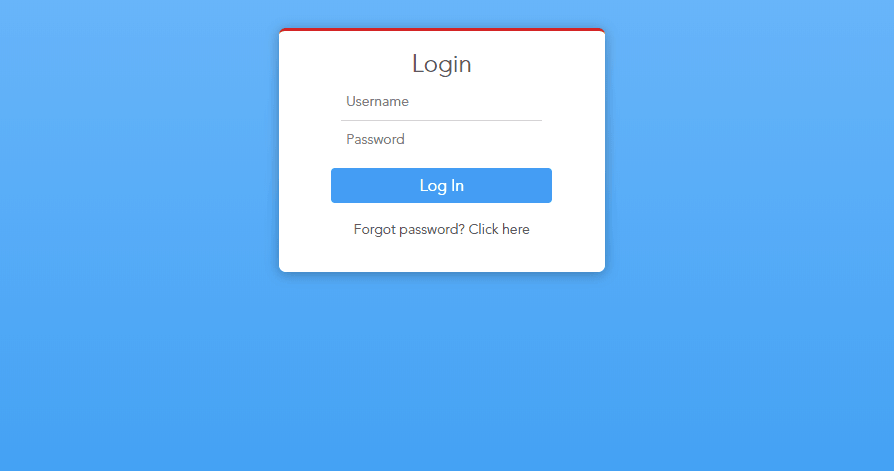 According to our research, this secretive, invite-only website is a prolific movie and TV streaming resource. Allegedly there are no ads, it’s all HD, and uses extremely fast servers. Apparently, Admitme.tv is like Netflix but there’s a lot more variety.

What we’ve heard, there’s even a premium option to access the newest releases. The free version shows the older releases. According to a Bimmer forum post, invitations are hard to come by and are only available every so often (Source).

According to a screenshot provided in this Reddit thread, it seems like the service has shut down. Sometimes we’ve seen these streaming services re-open…but they face a lot of legal pressure once they get big, so it might be shuttered for good: 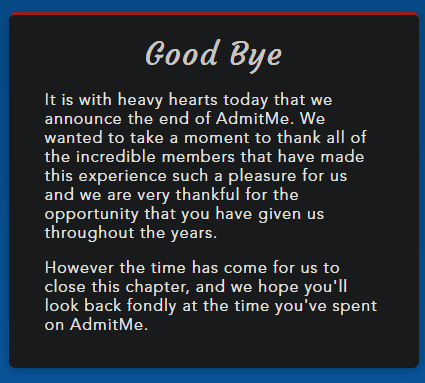 We found a screenshot on Reddit of this secretive site on a mobile phone- check it out below (Source):

Dying For An Invite

Tons of people are begging for an invite on Twitter:

Can someone please help me out and send me an invite to admit me. #admitme

Anyone want to invite me? Want To buy Premium. Thanks #admitme

Over on the Bimmer forum, they claim that if a person says they can get you an invite, it’s probably a scam.

Over on Reddit, one user said he was selling them in 2019:

Someone purchased and even provided a screenshot as proof:

How To Get In

If you want to snag an invite, you might need to do a little bit of online networking.

If they are streaming content they don’t have a license for- it’s obviously ‘illegal’. A New York University law school graduate clarified that:

Is the viewer liable for using it. If the viewer knew it was stolen, technically the viewer would be in knowing possession of stolen “goods” but the issue would be is it knowingly in possession and would anyone enforce it as a crime.

I am unaware of prosecutions of the end user. It is certainly morally/ethically wrong” 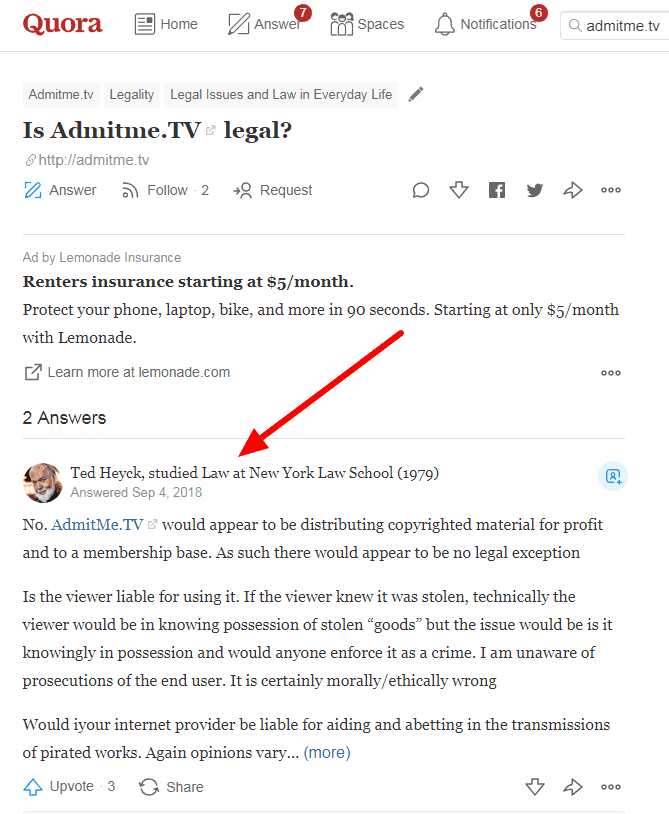 Is admitme.tv shutdown? from piratebay

Admitme.TV does exist, they are a bit of a closed society and those who have seen the site report it is something special.

It is very interesting that access is nearly non-existent and is sparingly offered “by invitation only.” It is also of note that many on the internet report having once had access, but somehow, and without warning, that access was negated. Once negated, they have no recourse and many take to message boards on sites like Reddit asking others to give them access.

This happened with Netflix just a few years ago. It would seem antithetical that anything else might cause disruption of access, yet there is no way of really knowing.

Gaining access to a site like this is sought after by a number of people “in the know,” yet there is not even much known about the company yet for the masses to be on this bandwagon. Eventually, however, this site could become as big as the likes of Netflix and Hulu, but the future remains a total mystery at this point.

All that is truly known is those who have been on the site have nothing but great things to say about it.

There are a number of providers of television, as anachronistic as that sounds, delivering entertainment to millions of people.

They live on the internet and not in any one given country. In some cases, perhaps they are not doing things according to the domestic laws of any one country, but that would have to be tried under international law.

A lot of these companies are internet based, and because companies that are delivering entertainment to people are hardly raising the ire of those interested parties, a government would need to commandeer and thwart this somewhat anomalous byproduct of a new form of internet capitalism.

Whoever is charged with legislating this remains to be seen, and they would likely have to nominate themselves as too many people are greatly enjoying access to great entertainment from the comfort of their home. Admitme.tv is a website that is showing a lot of content to a lot of viewers across the world.

They are part of the new frontier of delivering entertainment via the internet to what appears to be there very satisfied subscribers. This entire business model likely falls under the aegis of “there is no robbery in fair exchange.” They have created a market interested in what they are offering and their subscribers having nothing but good things to say about it.

Their services are by “invitation only” and there are very few complaints from those that are enjoying the offerings on this site.

There is little known about how they are gaining access to their offerings or what kind of arrangements they may have with the publishers, but the fact remains they are very much like Netflix, Hulu, Amazon and a host of other companies that are streaming movies and programming to their subscribers.

Many people want to know how to get an invitation to their site as interest in this site is undoubtedly growing.

The only way to receive an invitation for this site is to get an invite from a current subscriber. Some people are selling their login information online, at sites like eBay for example.

Whether or not a buyer is getting accurate information from that type of sale is never known and the best way to get into Admitme.TV is to find someone who is a member and ask them to invite you. You can negotiate to either share their login information, or perhaps make some sort of a monetary offer. This is likely the best way to go.

It has been about 8 months since admitme.tv closed their invites, and the reports are that it is closed somewhat indefinitely.

There are numerous references around the net regarding using Reddit to gain invitations to join. There are also indicators around the internet that MMODM.com has coupon codes on occasion and that they also have links to instant savings.

Searching “ADMITME.TV Coupon Codes” and looking for the MmoDM.com link should bring users to a page where there are a series of coupon offers.

The validity of those offers has not been definitively established, however.

When Was It Started?

Apparently, the admitme.tv domain was established on January 1, 2000, or one second after the Y2K meltdown was supposed to ruin all internet and electronic devices, which never did happen. During such a technologically tumultuous time, this website that few, if any, have something bad to say about, was born and perseveres still today.

Their “by invite only” service seems to have started to gain traction around 2010 and seemed to expand around 2015. It is a bit of an impervious society, however.

There is some discussion of how they are gaining access to the shows and movies they are airing and this is likely what causes them to be judicious about whom they dole out invitations to.

They must have a good business model because are clamoring to get invitations to join.

This is indeed a bit of a closed society and access, especially because it is so closely controlled, is coveted amongst those looking for an in.

If nothing else, this company is pure marketing genius as they have created an anxious market that potentiates their success simply by making the opportunity to gain access very scarce. It is like a secret society of sorts.

Chat rooms on the internet are littered with those that once had access, but somehow lost it, and how they really would like someone to invite them because the site is “amazing.”

There is little way of knowing if these posts are legitimate or not, but either way, whether they were real former subscribers or not, this is either naturally amazing organic marketing, or a very clever marketing ploy on the part of a company that knows all-too-well how to build interest.

There are a number of streaming services in this space, but admitme.tv has gathered a lot of attention, so they must be doing something right. The web title for this site is “admit-one” and the country code as well as IP address lend that it a United States-based company and was established in Virginia.

Easycounter has the preponderance of their subscribers in the US, followed by Canada, Japan and Switzerland. Congruent with the overall impervious nature of the company, “Whois” Agent Domain Protection Services has been protecting the owners of this domain since 2017.

The registrar of the site is NAME.COM, Inc.. Google “safe browsing” reports it as a safe site and there are valid DNS records.