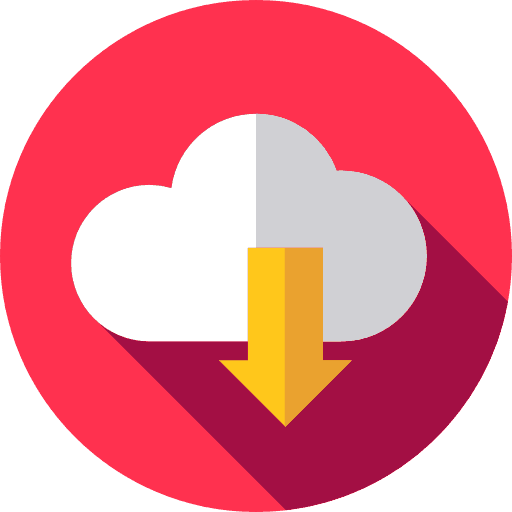 Akamai Netsession (netsession_win.exe) is probably something that you have seen while using your computer. A lot of people don’t really know what it is and what it does, which is why a lot of people think it’s some kind of virus.

Fortunately, Akamai Netsession is a legit add-on created by Akamai Technologies. However, it may sometimes be seen a virus when you run your scan. Rest assured though, it is a real program that won’t harm your computer in any means.

The Akamai NetSession Interface is a secure application that may be installed on your computer to improve the speed, reliability, and efficiency for application, data and media downloads and video streams from the Internet. It is used by many software and media publishers to deliver files or streams to you.

While it won’t harm your computer, it may present a few problems when installing programs such as Adobe Reader.

These problems may be a bit annoying.

The good thing is, they’re easy to solve. In any case, you have the choice to keep it or take it out if you want.

We’ll go through some of the steps you can take to uninstall it or fix it should it encounter some issues.

Before anything else, let’s take a closer look at what netsession_win.exe is and what it does.

The Akamai Netsession is designed by Akamai Technologies as a special download manager that will speed up downloads. It makes your downloading experience more enjoyable as a whole.

The only downside with having Akamai Netsession is that it will include you in a peer to peer network wherein everyone in the network will share bandwidth to make downloading and uploading more reliable.

With that, you’ll be sharing some of your resources with other people in the peer to peer network.

If you’re uncomfortable with that, then it’s best that you uninstall the program.

That said, Akamai.com is aware of user concerns- check out their explainer:

It is usually installed along with your OS or with other programs that you download such as games and other media.

As mentioned above, you can take it out or you can keep it.

How to Fix Akamai Netsession Issues?

There are a couple fixes related to Akamai Netsession depending on your preference.

Here are some written fixes:

This isn’t really a fix but it helps to know how to disable the program just in case you don’t really see much use for it or if it inconveniences you somehow.

Here are the steps you can take to disable it as suggested by iTechGyan.

What it does is disable Netsession. However, it won’t totally uninstall the program from your computer. If you want to uninstall it, then you can check out the second fix below.

The second fix provided by iTechGyan enables you to uninstall the program.

If you’re using a Windows OS, then you can follow the steps below:

If you’re using a Mac OS, then you can follow these steps instead:

After that, you won’t see the program on your computer anymore.

If you can’t seem to uninstall it using the usual method, then you can try an alternative way. Tibco eDelivery provides us with the third fix:

If you’re using a Mac OS, then use these steps instead:

This error message is sometimes caused by corrupted files, a damaged hard disk, or a problem with installation.

In any case, you have to fix this in order to avoid any loss of data. Here are the steps to fix it as suggested by FixIssue.net:

Your computer should be free of all problems when you finish the scan and fix. You shouldn’t be getting any Akamai Netsession Interface error 1603 messages anymore.

One individual commented that Akamai NetSession is safe, secure and doesn’t cause problems.

He states that it’s a client-side networking technology, which improves network protocols. You can download files from the Web faster because it enhances the delivery of software and media and their efficiency.

A tech forum poster explains that NetSession an Akamai program, which is installed by Dell’s update to facilitate files downloading. He mentions that, in most cases, you can remove it from Control panel, using the Add/Remove program feature. The computer owner also says that it runs quietly in the background and that it doesn’t seem to do anything significant.

Another person also said that Akamai NetSession appeared for the first time when Dell’s driver update tool did a scan for new drivers.

A forum member remarks that the Akamai NetSession client is a P2P software, which uploads/downloads content all the time. He adds that it looks suspicious to him because there is no installer or disclaimers and that Akamai’s website doesn’t specify its function and purpose. The person also warns that it was installed on his computer while it was offline, which was a huge red flag for him.

A user mentions that it might be part of the “Need for Speed World,” but he is not sure.

A computer user comments that the Akamai NetSession gets installed on your laptop without your consent and that the end user often doesn’t realize what has happened. The person states that this “silent” installation is on purpose so that the users would not try to remove it. The individual also claims that it uses your device to share files with other people. For him, it’s a dangerous threat, which appears harmless at first sight.

Another commentator explains that Akamai NetSession uses your idle bandwidth to stream files to other Akamai users. He observes that by installing this application, you join a peer-to-peer network and allow Akamai to use your computer to share files whenever they deem that you’re using your bandwidth minimally. The person expresses some security concerns about it because it’s possible to transmit a virus to other NetSession users.

A person also states that it’s not clear what kind of information Akamai gathers from your computer and that NetSession sends data about your computer to Akamai constantly. He adds that most users don’t even realize that NetSession has been installed and that it’s using a tiny part of their bandwidth and turning their computers into servers without asking for permission or offering compensation.

A computer owner claims that Akamai NetSession is legit and that it’s being used by many software and media companies to deliver content to users. He adds that it improves the efficiency of streaming media. Moreover, he did a scan with various antivirus tools and not a single one detected it as a threat.

Another individual stated that he started to notice some issues with streaming video after Akamai NetSession was installed on his device.

A person observes that Akamai NetSession is part of the package of multi-player video games like Lords of the Rings and Dungeon and Dragons and that you might install it unknowingly if you play MMO and MMOG games. He also states that you need to do some research to find out why it’s running on your computer before attempting to remove it because it might be essential to some program you’ve already installed.

Another computer user says that Akamai NetSession might be installed from several different sources into %APPDATA%. He states that it’s either harmless or annoying depending on how Akamai users use it, but he is still suspicious of it because it installs silently and doesn’t ask for permission.

A tech forum commentator remarks that he removed Akamai NetSession because pages started to load slowly when he opened Internet Explorer. He adds that Spyhunter 4 listed it as harmful and asked to remove it, which he did. After that, Internet Explorer started to work normally.

An individual mentioned that you would have to keep Akamai NetSession if you use Oracle but he doesn’t like the fact that the company uses his resources without asking. He also confirms that you require it if you play MMO games.

We also looked through different Tech support forums to understand better what Akamai NetSession is. In general, people were searching for Akamai NetSession support, interface installer, how to download it and what it does.

The only time that it becomes a little bit concerning would be when there is an error 1603 as discussed above. That signifies that some files are already corrupted and needs fixing. With regard to issues related to the Akamai Netsession, check out the abovementioned solutions for some quick yet effective fixes.