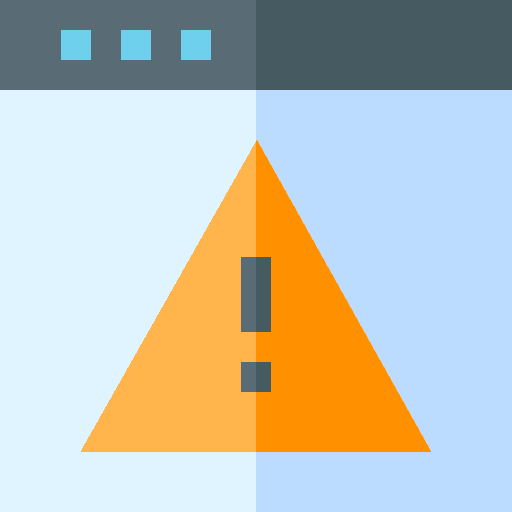 In this post, we’ll examine appvshnotify.exe and provide 5+ fixes for various issues it might be causing you.

The appvshnotify.exe file is an application residing in C:\Program Files\Microsoft Application Virtualization\Client\AppVShNotify.exe. It makes use of the EXE file extension. This means that it comprises a set of instructions for a computer to carry out or run a program.

Although they are an integral part of the computer function, executable files, in some cases, may cause harm to your computers. It is rather important to decide whether the appvshnotify.exe is a malware or a Trojan that requires removal or a legitimate Windows operating system application.

Over on Reddit, one user said that “but I’m 99% positive this is not a virus since I’ve seen the same thing. It appears to have something to do with push updates from Microsoft that aren’t mandatory.”

Also known as AppVShNotify, it is created by Microsoft for the Microsoft Windows Operating System. It is a genuine software component of Microsoft Application Virtualization (App-V).

This file allows applications to be executed to clients in real-time. It bypasses the need for local installation of the software. The client only needs to install the App-V on the computer. All other application data will be stored permanently on the virtual application server.

Here are important facts you should know about genuine appvshnotify.exe:

Some viruses and malware are disguised as an appvshnotify process. In such cases, appvshnotify error messages may prompt users. Examples are:

When these appvshnotify.exe error messages appear, this means that Windows cannot proceed with its startup process, resulting in the program abnormally terminating. It is important to locate the source of appvshnotify.exe file error to properly resolve these errors. Thus, it is necessary to perform regular scanning and keep anti-virus up-to-date.

How To Fix Appvshnotify.Exe Issues & Errors

You should first determine that the appvshnotify.exe file in your hard drive is not the malicious variant. This is done by finding its location and comparing it with the abovementioned facts.

If you suspect that it’s a defective version of appvshnotify.exe, an immediate fixing is required. Below are some of the most user-friendly methods available:

File.info suggests removing appvshnotify.exe from your computer to resolve the error. You may do this using an automatic uninstaller product or following these steps:

In order to confirm the complete removal of the file, be sure to look under C:\Program the folder with the name of the recently uninstalled software. Check also for remnants of appvshnotify. How to do this? Follow these steps:

Another troubleshooting that can be done is Windows System Restore. This allows the computer to return in time when the system was working. This can prevent long hours of troubleshooting related to appvshnotify.exe errors.

The third fix includes maintaining a clean and tidy computer to avoid problems with the appvshnotify process. This is accomplished by running a malware protection program installed on your computer. If you do not have one, you may download the updated version of anti-malware software.

File.net further emphasizes the removal of unnecessary files or programs. To do this, you may perform the following steps:

1. Perform Disk Cleanup (To clear out the computer’s System Junk)

How to run the command cleanmgr in Windows 10 and 8:

Video Guide: How to Clean C Drive In Windows 10 (Make Your PC Faster)

How to run the command SFC in Windows 10 and 8:

To perform an update on PC device drivers, DriverDoc is recommended for use. It has a One-Click Update™ technology that updates driver versions for your device.

Solvusoft Corporation recommends updating Windows to resolve these issues. Because Microsoft is constantly updating the Windows system, the encountered appvshnotify.exe error message may be related to this. Updating Windows is the best resolution for this.

To perform Windows Update, follow these steps (for Windows 10 and 8):

A computer user noticed that he had a strange process called AppVShNotify.exe, and he wanted to know if it was a virus or a legit Windows file. Other members of the Microsoft community explain that AppVShNotify.exe is related to the Application Virtualization Clients, which takes care of notifications needed by Windows Shell. However, they point out that it’s not a necessary process for Windows and that he shouldn’t worry about it because it rarely causes problems for the device.

Another poster states that if you’re worried about ppVShNotify.exe being a virus, you should check where the file is located. The genuine AppVShNotify.exe can be found in C:\Program Files\Common Files. Then check its size – it should be around 270,000 bytes. If it’s larger than that or located in another folder, you might have a virus, and you must scan your computer with your antivirus to remove it.

A person points out that AppVShNotify.exe doesn’t have a visible window, so you can notice that it’s running only if you open the Task Manager. He also observes that you can’t uninstall the genuine AppVShNotify.exe without uninstalling Microsoft Office 365, so you’d better leave it be. Otherwise, you might try to reach Microsoft support for additional information if the process is causing issues with the computer.

Another computer user states that you’re most likely to encounter problems with AppVShNotify.exe when you’re installing a program or when a software related to AppVShNotify.exe is running. To find a solution to your issue, he advises you to keep track of when and where the error appears and pay attention to the message.

A forum member warns that AppVShNotify.exe could be a virus if it’s located in any of the Window’s System files. You have to run a trusted antivirus system to get rid of it. However, the user states that sometimes antivirus programs might not be able to locate the infected file or delete it in normal mode. So, if your search doesn’t bring any results, he recommends that you boot your device in Safe mode with Networking and repeat the scan.

Another poster observes that high CPU usage related to AppVShNotify.exe usually indicates a malicious program running in the background. So, if your computer is running slower than normal or feels hot to the touch, it’s worth checking with the Task Manager if one of the processes like AppVShNotify.exe is using more than the required CPU power.

A computer user states that if AppVShNotify.exe runs quietly in the background without raising the CPU or affecting the performance of the device, you shouldn’t attempt to delete it. The person warns if you remove this file, Microsoft Office 365 Home Premium/ might not start properly. The same can happen if AppVShNotify.exe gets damaged or corrupted. But if you want to uninstall Microsoft Office, you can do so by going to Add/Remove program.

A person notes that you might use Window’s built-in tools like sfc /scannow to check for damaged/corrupted files when AppVShNotify fails to work. He adds that you might have to uninstall any recently installed programs if you continue to have problems with AppVShNotify.exe.

Another individual shares that he had problems with a missing AppVShNotify.exe and that he was wondering how to resolve it.

The stipulated fixes above are easy to perform. Following them should help you resolve appvshnotify.exe errors. However, if the problem still exists, the last option will be to perform a clean installation of Windows. This is an advanced task and is time-consuming. Performing this will erase all the data stored in your hard drive and thus will give your computer a fresh system.

If you have zero idea on Windows system installation, better hand the job to the experts. Otherwise, you will be causing more harm to your computer system.