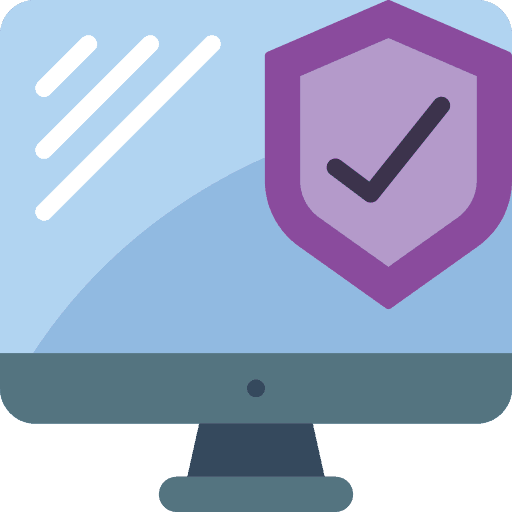 In this post, we provide 3+ fixes for Aswbidsagent (Avast Behavior Shield) Service Issues.

Avast is one of the leading options when it comes to free antivirus tools. Apart from providing its users with effective protection against various malware and viruses, Avast is also very easy to use and won’t even consume a lot of your computer resources.

However, even an excellent antivirus software such as Avast can be prone to certain bugs and issues which a lot of its users might find annoying. One particular error is when Avast, specifically the Avast Behavior Shield (aswbIDSAgent), simply turns off by itself without any prior notice.

This shouldn’t be the case since it will leave your system unprotected to prone to malware attacks. Fortunately, you can fix the issue before it gets worse, and we will give you the appropriate fixes to help you.

Turns out its name is "aswbIDSAgent" and its installed by the newest #Avast update, but what does it actually do and when?

aswidsagenta.exe – What is this executable file? What does it do ? just made my pc very sluggish was using at least 200mb ram #avg #antivirus #software

Can you help me @AVGFree? What is aswidsagenta.exe? Why is it always running? And why do I need it? If it's not needed please tell me how to remove it properly. Thank you

aswbIDSAgent is also known as Avast Behavior Shield, a service which Avast incorporated into its system for scanning programs and protecting your system from ransomware, zero-second threats, malware, viruses, etc. It’s also known as the Avast Identity Protection Service which you can find in the Processes tab in Task Manager under the name aswbIDSAgent.

While it normally has a very low impact on your computer’s resources, it can sometimes experience errors from time to time. Some examples of errors associated with the aswbIDSAgent include resource hogging, behavior shield automatically turning off, and Avast not running properly. Fortunately, we have prepared fixes for all of them.

How to Fix Errors with aswbIDSAgent?

If you’re experiencing such errors, then here are the following fixes you want to consider:

The very first and simplest method you can try is to simply disable the service. This often works if you noticed that the service is using up a lot of system resources which can slow down your computer. This method, as suggested by Techdows, includes the following steps:

Take note, however, that Avast GUI will give you a warning message saying “Behavior shield is off”. Simply click on Ignore.

If disabling the service doesn’t fix the problem, then it’s most likely that your Avast version is updated. For that, you can simply update the software to hopefully get rid of the issue. Avast developers have actually noticed the error, and they have tried their best to fix that issue with their latest version.

This particular fix is for fixing the issue where Avast’s behavior shield turns off automatically. To fix it and start updating, here are the steps you want to follow as outlined by Appuals:

If nothing else worked at this point and the aswbIDSAgent error still appears, then the last option you want to consider is to repair your Avast software from the Control Panel. Accordingly, a lot of users were able to solve their issues by doing so.

Luckily, this isn’t a hard-to-follow method either! You can simply follow these steps which are also suggested by Appuals:

A forum member explained that aswidsagenta.exe was part of the Avast Antivirus program and that it was related to their new behavior shield. He added that you could disable it easily from Avast Interface, but he didn’t recommend doing so because it was designed as a protection against new malware. The person also shared that he was not happy with Avast’s practice of using cryptic names for their processes and that he would have preferred if they had asked his permission before installing it.

Another computer owner commented that when he saw aswidsagenta.exe for the first time after Avast updated, and he was almost convinced that it was some sort of virus. However, when he checked the process’s location in the Task Manager, he discovered that aswidsagenta.exe was in Program Files/Avast folder. So, after doing research on the net, he concluded that it was a legitimate file and not a virus. However, he warned that you might be dealing with malware, if aswidsagenta.exe was found anywhere else besides the Avast folder.

A forum member reported that he didn’t use Avast antivirus, and he still had aswidsagenta.exe. He almost deleted it, thinking it was a virus when he read that aswidsagenta.exe was also related to AVG antivirus, which was his antivirus program.

A commentator mentioned that Avast Behavior Shield is a real-time process that monitors for new malware. As such, it was a useful feature, and he recommended that you didn’t remove it unless it was causing too high CPU. The person added that you could get rid of by uninstalling Avast completely and replacing it with another antivirus.

A forum poster shared that he read online that aswidsagenta.exe was aggressive spyware and that he should remove it as soon as possible. But other members of Avast’s community pointed out that many “fake” sites claimed that aswidsagenta.exe was malicious when it was the opposite. These sites aimed to trick users into downloading infected antivirus programs. People also warned him that he must always download antimalware/spyware directly from the site of the manufacturer.

Another commentator reported that his computer was performing slower than normal. When he opened the Task Manager, he discovered that aswidsagenta.exe was using more than 800 MB of RAM. No one could tell him what the reason was, but after rebooting his device, the problem disappeared.

Another computer owner commented that his behavioral shield was disabled, but his CPU usage was nearly 100% due to aswidsagenta.exe. Other people advised him to do a custom install of Avast without the behavior shield to get rid of the problem.

An individual complained that aswidsagenta.exe was still running even after he had uninstalled Avast. He tried to locate the file, but without any success, so he couldn’t figure out how to get rid of aswidsagenta.exe Other Avast users recommended that he should enable “show hidden file and folder” option and search for the file again. They also reminded him that he must remove Avast from his registry.

A person also observed that he got the blue screen of death and that the reason was aswidsagenta.exe. He said that he had never had some many crashes due to Avast before and that he was thinking about uninstalling Avast for good. However, after he updated the program to the latest version, his device stopped crashing.

Another individual stated that he was worried about malware when he first noticed that aswidsagenta.exe was using over 20-30% of his CPU. He contacted AVG support, and they recommended that he uninstall and re-install AVG to solve the issue.

Another AVG user also reported 50% CPU due to aswidsagenta.exe. The solution to the problem for his was to uncheck Enable AVG Self Protection Mode. Avast support also explained to him that they were working on a solution to solve the aswidsagenta.exe high CPU problem permanently.

The following aforementioned fixes should help you get rid of the common issues that are normally associated with Avast’s aswbIDSAgent or Behavior Shield service. Just like most issues that tend to occur in your system, fixing the said errors aren’t really that hard as long as you follow the step-by-step instructions we’ve provided.

Once the issues are resolved, you can then go back to using your Avast software as usual without any interference or resource hogging going on. However, if the same issues still persist, you can either perform a clean installation of the Avast software or use another antivirus program instead.