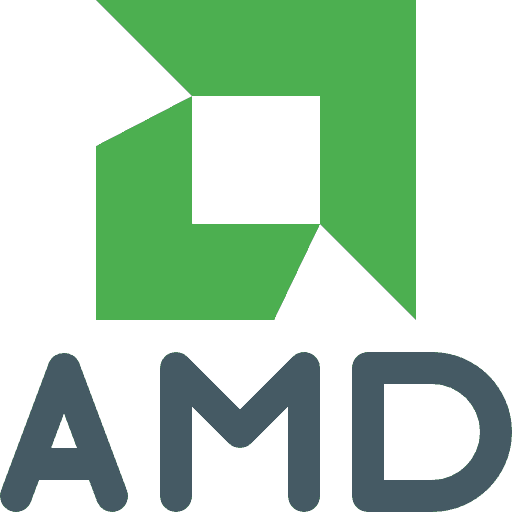 Have you noticed the atieclxx.exe file process running in your Task Manager? You may find yourself speculating, ‘what kind of program is it?’. ‘Is it harmful? Should you remove it quickly?’

A genuine executable file such as atieclxx.exe is a process that can be executed as a program in your computer. It is not categorized as a malware or a spyware.

However, it can cause errors that can affect the performance of your computer. Before you take any actions about this, you should know everything about it first.

If your computer runs with the AMD processor, then the probability that you will encounter atieclxx.exe is very high.

This is because it is connected to the ATI External Events Utility created by AMD Inc. for computers with a Windows operating system.

In case you’re wondering, it stands for AMD ATI External Events Client Module. This program is accountable for controlling the ATI hotkey component.

Also, it is constantly updated, although you don’t have to worry as it only takes up a little space.

The atieclxx file is only around 470Kb to 1Mb and is stored in C:\Windows\System32.

It can be also acquired when your computer has an AMD card which, in this case, the card driver automatically installs the file.

How to fix atieclxx.exe errors?

When an atieclxx.exe error pops up in your computer, it’s a sign that there’s something wrong with it.

If you fail to take care of it immediately, it can lead to computer system failure. Fortunately, there are a few simple ways to fix any errors caused by atieclxx.exe. They are as follows:

One of the most common issues with atieclxx.exe is when it crashes and stops working.

A user at the Microsoft Community suggested uninstalling the drivers then getting a copy of the latest drivers from AMD’s website. Fortunately, this is very easy to do. The steps are as follows:

This basic fix should resolve any issue related to this error. However, there are some instances where this quick fix isn’t enough. If such an event happens, proceed to the following fixes.

The second fix involves preventing the atieclxx.exe from running on startup. Normally, it doesn’t take up a lot of resources on your computer. However, if you want to disable it, you can start by disabling the parent service.

This suggested fix from the experts at Appuals involves a number of quick and easy to follow steps. Do keep in mind, however, that doing this might disable some of the functionalities that are related to the ATI hotkey feature on your computer.

If the first two fixes are still not working, you may try this fix which is to install all of Windows latest updates.

In most cases, Microsoft will release a number of patches in order to fix and improve some system files that are related to atieclxx. Doing so might allow the error to be fixed properly. Here’s how you can do it:

The problem should be fixed after following the said steps.

This next fix uses the System File Checker command on Windows operating systems. Likewise known as sfc /scannow, this is a useful utility available in Windows which is unheard of by average users.

The purpose of this utility is to scan system files so that they won’t be altered in any way. However, if those said files are affected, it will replace them with the original versions. FixErrorPedia recommends following these steps:

If nothing of the mentioned fixes work for you, the best option is to reinstall a fresh copy of your operating system.

However, only do this fix if everything else failed, as doing so will completely erase all of the files in your system. As such, I suggest keeping a backup of your important files and document if you choose to reinstall.

Reading over several popular forums, some of the primary concerns regarding this file process centered on “access denied” errors, application errors, “cannot end process” problems, and its reset policy scheme.

Over at File.net, we took a look at some feedback for the AMD ATI External Events Client Module:

One user said that this exe file could be infected with a virus, especially if it’s running and your motherboard doesn’t have an ATI onboard graphics card.

Another clarified that it was part of the AMD/ATI driver.

Another computer user said that inside of Windows Task Manager, it does not have a description or a username. When you try to open up the file location, he found that Windows Explorer doesn’t have a folder for it. On the other hand, when he researched it on Tom’s Hardware, they said that it is part of the ATI Control Panel.

Another computer user observed that he removed it one time and it immediately reappeared. It also has a negative effect on his hard drive, causing it to overexert itself. In his opinion, regardless of whether it is actually a virus or not, he considers it a dangerous file.

However, another user said that he had it pre-installed on his Toshiba laptop, and that it provides graphics software functionalities for AMD.

Another computer user sad that even Nvidia GPU owners that have ATI chipsets located on their motherboards could still discover this process running as a normal boot driver.

However, other users were skeptical, saying that and their experience that creates a general slow down and over-exerts the hard drive. In addition, they had trouble locating it inside of their Window’s system directory and even more trouble removing it.

A Windows 7 Enterprise Edition user said that it doesn’t have any properties that he hasn’t been able to locate it on his computer. At the end of the day, this Windows user decided to forget about removing it after running several malware scans that didn’t discover anything wrong.

Another user who plays a lot of online video games says that he attributes random computer shutdowns to it.

Another user had a more technical perspective, saying that when he use the Event Viewer to analyze it, he found that it was calling the Windows Registry to reboot his operating system. He didn’t even get an alert in the user interface- therefore he considered this a malicious action.

The File.net consensus was that it is not a crucial Windows File but will frequently cause problems. They say that it isn’t dangerous if found inside of your system32 folder, but it becomes more dangerous, with a 22% dangerous rating as of August 2018, if it’s located within your Program Files folder.

File.net also provides an overview of the Canadian technology company, ATI Technologies Incorporated. They say that this chipset and graphic Processing Unit manufacturer, which was founded in the 1980’s, was originally named Array Technologies Industry.

Advanced Micro Devices purchased it in 2006 for 5.6 and billion dollars as part of a strategic development initiative for its Fusion computer processors.

ALSO READ:  What Is Unseccap.exe And 3 Fixes For Common Errors

Be careful in dealing with atieclxx.exe. Don’t just remove it without a comprehensive diagnosis as it can affect the speed of your computer, specifically if you have AMD processors. Always remember, take note where the error is and why it happens to know what the appropriate method to conduct is in fixing this error.