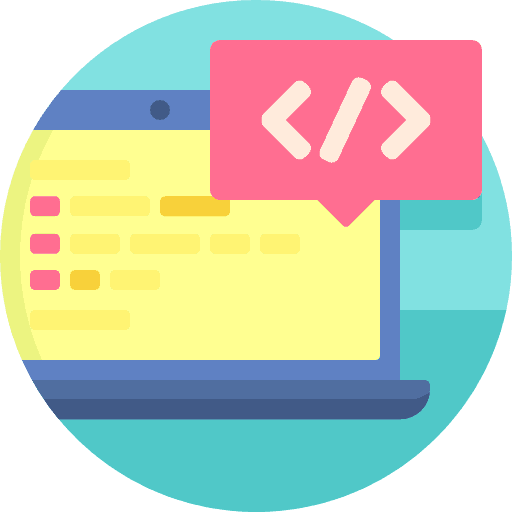 In this post, we examine the codemeter.exe process. We’ll help you figure out what it is and how to remove it from various operating systems.

Indeed, there are often a few error messages that are related to the executable file known as codemeter.exe.

Whenever you see this error, some functions may not be able to work properly because codemeter.exe is preventing them from working.

The codemeter.exe errors aren’t very harmful to your computer, so you don’t need to be alarmed.

However, they’re extremely annoying and can prevent certain programs or functions from working properly. Fortunately, there are ways to disable it or even remove it completely.

When that happens, you won’t see those error messages anymore, and the functions that were prevented from working will function properly again.

Before we learn how to fix the errors relating to codemeter, it’s important to know what it exactly is first.

In a nutshell, codemeter is an executable file that comes from the Wibu System’s Runtime Technology Package.

According to the manufacturer’s website, “CodeMeter is the universal technology for software publishers and intelligent device manufacturers, upon which all solutions from Wibu-Systems are built. CodeMeter combines the following applications:” piracy protection, licensing, security.

It’s a software that’s already installed into your system and just stores some data into it. Other than that, it doesn’t have much use actually.

It’s pretty much similar to brstmonw.exe or brccuxsys.exe which are also just executable files inside your system.

Since it doesn’t really serve any purpose like brstmonw.exe, most people would simply disable or take it out instead. Here are a few ways on how to do that:

How to Fix Codemeter.exe errors

The fastest fix is to simply remove the executable file from the computer.

It’s actually as simple as deleting it from the Program Files section; however, doing so may incur a few errors.

To prevent that, you should disable Codemeter first.

Here are some steps to do that as instructed by HTG.GG:

There are times when doing this will just delete the surface version of the Codemeter application.

However, it may still be present in the system. If that’s the case, then you can also try this second method of deleting the application.

This method was provided by the program’s creator Wibu itself:

After you do this, you shouldn’t have any more problems with this error.

Another way to do this, as recommended by Process Library, is to uninstall the Runtime Technology Package completely instead of just uninstalling the Codemeter Runtime Kit.

This fix can definitely address the problem with the codemeter executable file.

What if you’re not using a Windows OS?

What if you’re using a Mac OS and you encounter a codemeter related problem?

Well, you’ll still have to remove it, but the process will be a little bit different this time.

You can follow these steps to fix Codemeter errors on your Mac computer as instructed by Wibu support:

ALSO READ:  Is PimpAndHost Still Around? | Where To Find It

After you do that, the codemeter should be taken out of your computer system, and you shouldn’t be able to see those weird codemeter errors anymore.

How about a fix for the codemeter errors that appear in your Linux OS? Fortunately, Wibu support also shares some steps on how to address this type of issue.

Just like a lot of executable files, this one also gives the risk of a virus coming in if you don’t protect your computer properly.

That said, Errorboss recommends that you scan your computer from time to time. Also, there will be times when an executable file will contain a virus and is corrupted – which explains why there’s an error message in the first place.

So if you want to prevent your computer from contracting some kind of virus or malware, then you have to make sure you scan it from time to time.

If you see any weird virus pops out during the scan, you have to dispose of it quickly. You can use some good antiviruses such as Avast or even Windows Defender. They can spot viruses and quickly get rid of them afterward.

According to File.net, CodeMeter Runtime Server belongs to or is associated with the software: CodeMeter Runtime Kit or Authorizer Ignition Key Support or Mastercam (version X9) or Rockwell Automation CM Runtime by WIBU-SYSTEMS AG.

We also came across this interesting video:

We examined some popular forums to get a sense of what people are discussing and discover that the primary themes related to how to remove it, where to download it, runtime kit problems, the control center, runtime server issues, what to do if it fails to start, vulnerability issues and runtime 32-bit server issues.

One person explained that it is a copy protection dongle and that he has discovered it being used by Reason 6.

Another computer owner was perplexed because he says that he didn’t install it but it began to show up on his computer. Apparently, it had installed itself surreptitiously in this Windows users operating system

Another person who purchased Zip Repair Pro says that it was installed without notification and therefore he considers it a backdoor spyware program.

Another person had an interesting experience – saying that it was installed on his personal computer alongside a parts catalog for a German computer manufacturer.

A video gamer said that it got installed when he added the NVidia GeForce graphics driver package.

Continuing with this trend, another computer user sad that he didn’t authorize it to be installed and he discovered that it doesn’t actually have an uninstall file. What this means, you’re unable to uninstall it in the traditional way- you have to manually delete the folders to eradicate it from your system.

Another person said that after he installed the Rockwell (Logix Studio) activation software, he discovered this licensing software installed as a Service on his computer. Another user advised him that in his experience it has the capacity to modify your Windows Firewall settings.

A particularly savvy computer user explained that it is a software validation license program and in his experience associated with Mastercam.

Another computer owner said that “C:\PROGRAM FILES (X86)\CODEMETER\Runtime\bin\CODEMETER.EXE” tried to enable itself as an invisible autorun program after he had restarted his computer subsequent to employing Recover My Files software.

If you happen to see several errors that are related to the codemeter executable file, then you’re not alone. There are a lot of people who have experienced very similar situations wherein some of their functions do not work because of a codemeter.exe error message.

So what is the ultimate solution to that?

Simply remove the file that has the codemeter application. Will some functions work when you take it out? Possibly.

However, you won’t really experience them. With that said, it is actually much better to just uninstall codemeter if you don’t see any use for it. It’ll save you a lot of hassle from seeing those unwanted error messages.