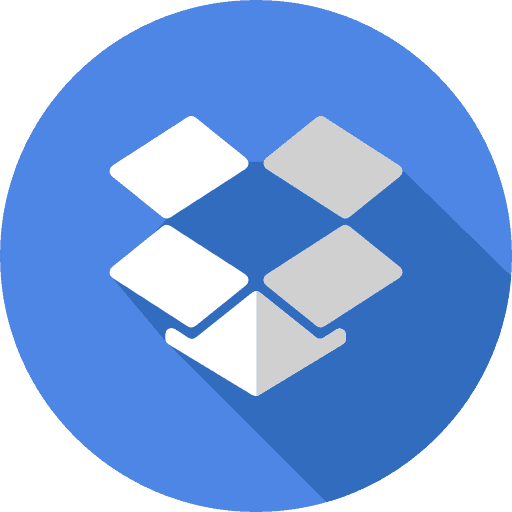 If you’re having trouble signing in or out of  Dropbox on your browser or smartphone, we’ve compiled some step-by-step solutions to help you.

But first, here’s some support contact information if you’d like to connect with their technical team directly: 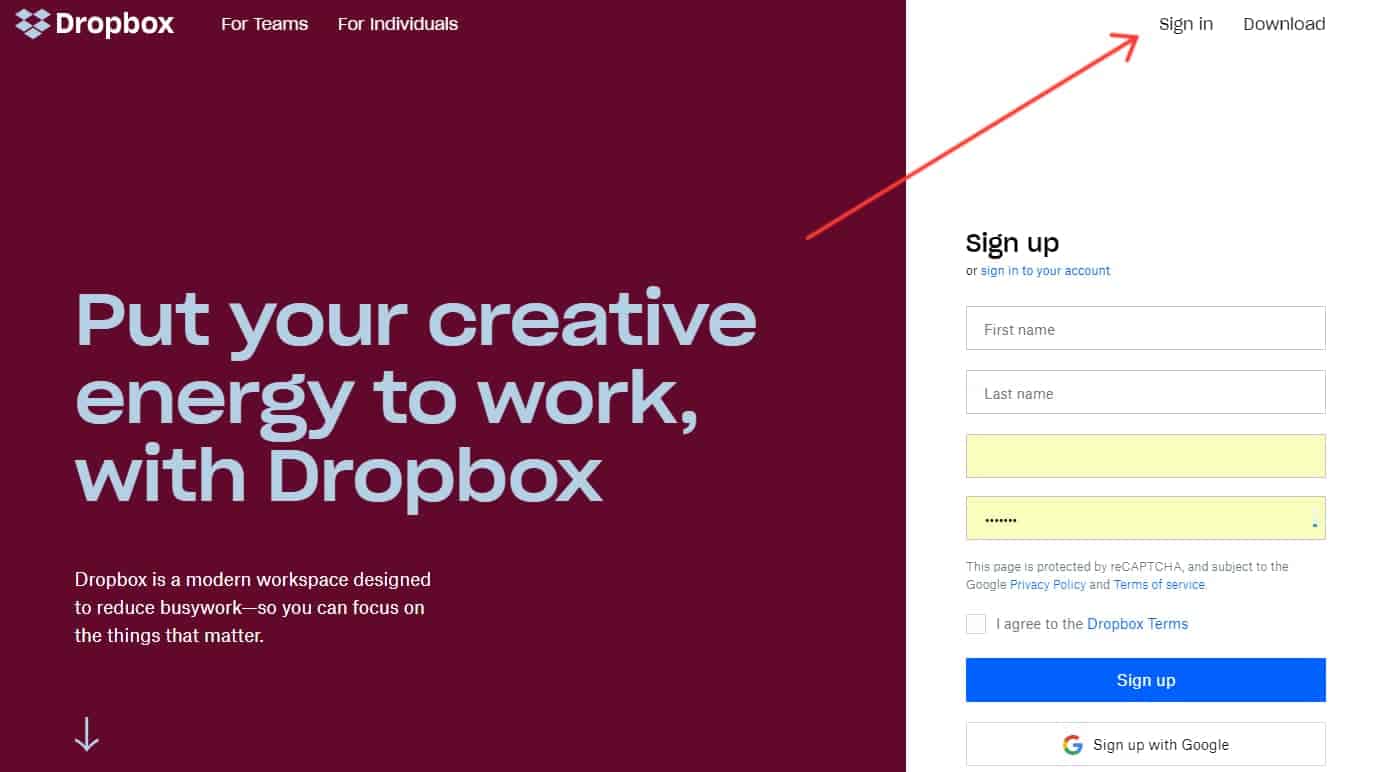 On the Dropbox apps: 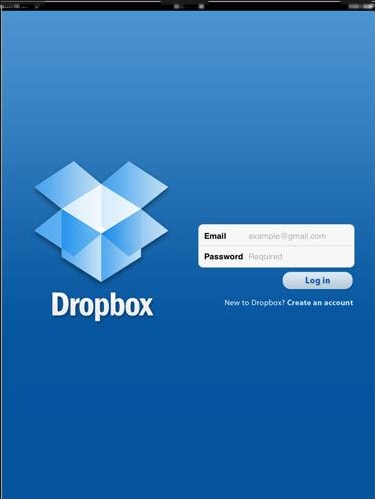 On the iOS mobile app

On the Android mobile app:

On The Dropbox Desktop Computer App:

Here’s how you can sign in to Dropbox using Google Sign-In (Source):

If you are using Google (for instance, Gmail or Google Docs), feel free to use your Google account to gain access to Dropbox.

You have access to Dropbox with Google Sign-In on the following:

Dropbox does say that Google Sign-In is not available on Windows mobile smart devices.

How To Sign In To Dropbox Using Google Sign-In

Dropbox advises that you have to have a Google account because the email on your Dropbox account and this address will have to match up with the email address you utilize to logon.

Some people complain that they’re unable to use Google Sign-In.

If you cannot logon to Dropbox with Google Sign-In, there are some things you can try out:

Over in the Dropbox community support forums, one user complained that they were unable to log in to their desktop app. He says that on his Windows 10 operating system, he had tried reinstalling it, but whenever the app runs he gets hit with the setup login screen.

After entering in his credentials, he’s met with a spinning circle that he let run for 6 hours before giving up on it. Users suggested that it was a connectivity issue and said that he should try one of the experimental builds. Apparently, that didn’t work either.

Some of the things that he had tried included downloading different versions from the Microsoft store, deleting the Dropbox folder inside of %appdata%, Deleting the C:\Program Files (x86)\Dropbox folder, Rebooting his computer, and even doing online and offline and stalls.

He says that once the setup screen appears, even after Entering the correct credentials, it just will not connect to the server. It’s also providing him an error that reads “Waiting to be linked to a Dropbox account…”.

After a lot of aggravation, the user reported that he had found a fix: he had to reset the network stack using the NETSH command, reboot, and then run Dropbox as Administrator (how to do it).

Another user reported an invalid email or password login issue.

They said that they had a business team that downloaded installed The software on several different devices including both smartphones and tablets that were running Apple and Android operating system software. They keep getting hit with the “Invalid Email or password” message.

The top response came from a poster that suggested using the most up-to-date version of Dropbox.

Another user chimed in and said that he was getting a similar error:  “Username Invalid or Incorrect”. They explained that the password works on their laptop computer but will not get accepted on their Android phone

Login Screen With No Text

Another user posted in the Dropbox support forum saying that they were unable to login. They explain that whenever they try to start it up, the software displays a login screen, but the text fields are absent and then it suddenly freezes.

One of the top recommendations was to uninstall it, and then reinstall with the most up-to-date version. Another user was experiencing a similar problem and had tried numerous times on installing and reinstalling, including temporarily deactivating his Norton Antivirus as well as Windows Firewall, but the problem persisted.

Many other users chimed in, saying that the dialog box appears but there’s no text inside, meaning that they’re unable to even attempt to enter their credentials.

Another support thread purported to solve this issue.

In particular, this user complained that he was getting a blank login screen with the Dropbox app on his Windows 7 computer.He says that if he rolls back the version to an earlier one, he’s able to see and enter in his user ID and password, but when he tries to sign in with them Dropbox alerts him that the version of software is too old and that he needs to upgrade to the latest version to sign in.

One of the top recommendations came from a Dropboxer who suggested a variety of solutions including disabling anti-virus software, installing the newest version, and some fixes for users employing a remote connection or virtual machine.

Another user said that this error occurs because the Dropbox desktop application is actually emulating a browser in order to render the page they say that if the pages blank, it could be that a firewall, VPN, security software, proxy or even router settings are actually restricting or blocking connections to the remote servers.

What complicates it even further, sometimes the block is in total, so this invisible fields for password and email issue is created. Besides some of the common troubleshooting steps, this user suggested checking out the router because they have integrated firewalls that could be impairing the login screen. He suggested rebooting the router, updating the firmware, and even restoring it to factory defaults.

Another user said that while Vista is not supported, they are supporting all versions of Microsoft Windows Operating System 7 and above.

One of the top recommended fixes from this particular support person was to evaluate whether the ISP is blocking Dropbox domains from connecting. In that case, it’s best to connect with your ISP and directly connecting with Dropbox support for more technical instructions.

Another user reported a problem using the app on their iPhone, saying that they were getting an error message alerting them that the email address they are using does not exist.

The top responder suggested making sure that the email address that was entered was correct, which seemed pretty obvious. If there aren’t any typos, they recommended modifying the password from the inside of the web interface, and then signing out and back in again.

The top response came from the user who said that the account is on recoverable.

He explains that because the user had established a security system that prevents unauthorized users access, he had effectively locked himself out of the account. Dropbox itself is on able to bypass the security measures as it administrator, he points out, because that actually defeats the entire purpose of the security features in the first place.

According to Wikipedia, this file hosting service is based in San Francisco California. It offers several distinct services including client software, personal cloud, file synchronization and cloud storage. It was established by several MIT students in 2007, beginning as a tech startup and getting funding initially from Y Combinator.

Apparently, the Dropbox founder, Drew Houston, came up with the idea for this revolutionary technology company after he constantly forgot his USB flash drive while an undergraduate at MIT.

There were some cloud storage solutions available at the time, but he wasn’t satisfied with how they worked. According to him, they had a lot of technical and user experience issues including bugs, large files and internet latency issues.

According to Wikipedia, Dropbox has experienced a steady growth of users since it was launched, with over 500 million of them in March 2016 (Source).

The way it works, Dropbox allows computer users to store files, images and folders on Dropbox servers, keeping all of these different files up to date across all devices.

It is a freemium business model I’ve been offering computer users and smart device user is an easy way to get access to cloud storage, with the opportunity to upgrade to different storage levels.

They’ve also developed mobile apps for iOS, Android, and Windows Phone smartphones and tablets. One of their popular features is an automatic photo uploading ability High then this means that image content is automatically uploaded from smartphones, SD cards, tablets and cameras.

As you can see Dropbox integrates with a bunch of different hardware/software platforms. Therefore, there can be a variety of complex issues users can confront. Hopefully, our guide helps you resolve some of the common login/sign in errors and issues you experience.