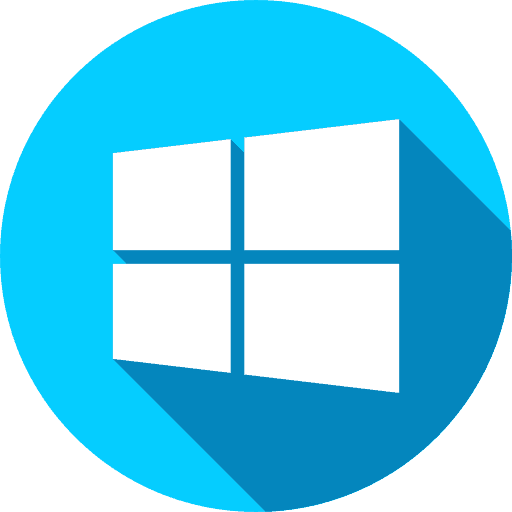 You might be wondering why dwm.exe appears on your computer, especially when your desktop doesn’t run smoothly.

This problem with the dwm.exe is that it can cause your system to use a lot of memory. Fortunately, this article will help you dissect what this file is all about and help you fix any problems related to it.

I like how things like "opening the Start Menu" can saturate one CPU core for 10-20 seconds on #Windows10, while you sit and wait for dwm.exe to get a hold of itself. This whole operating system is so broken. 🙄

Does anyone know how to fix "dwm.exe has stopped working" error.. it's fucking annoying.. 😬😬😬

Dwm.exe stands for Desktop Window Manager, a Microsoft service that normally runs in a computer with the Windows OS installed. Desktop Window Manager helps supervise your PC’s Windows desktop and permits Windows to enable visual effects like icons on your desktop and manages how live thumbnails are shown as you handle different Windows components.

Can you turn off this feature on your desktop?

The answer is NO. Since this feature is inherent to Windows, there is no need to disable this service. Prior to Windows 7, Desktop Window Manager can be controlled using a service that you can disable.

However, with the introduction of Windows 7, Desktop Window Manager gets to be an essential component of Windows in making its graphical user interface. Upgraded versions of Windows (such as Windows 8 and 10) have further rooted that integration.

How to tell if dwm.exe is functioning properly on your computer?

Though the visual effects in the Windows Operating System have advanced through the years, dwm.exe can still be an inconvenience at times.

Normally, dwm.exe only utilize negligible resources, usually less than 2% of the Central Processing Unit’s power and not more than 50MB of RAM. In case you’re wondering where those numbers are derived, here are the steps you can follow to check them:

Can dwm.exe be a virus?

Since the file name has an .exe extension, it simply means that this is an executable file. In some instances, your computer can be damaged due to some executable files. Thus, it is important to distinguish if the dwm.exe on your computer is a file that is integral to your PC’s Windows Operating System or a Trojan that needs to be deleted.

Originally, dxm.exe can be found in the C:\Windows\System32 folder and is an essential and trustworthy system file. However, it can also create problems when it can alter the operation of other applications or even control them.

Some viruses can bear the same file name. Some creators of malware programs like viruses and Trojans, for example, intentionally provide their programs with an identical file name to evade detection by anti-malware applications. Some major examples include Backdoor:Win32/Cycbot.B.

One of the important ways to detect this is to locate where this file originated. If the file is not located inside the C:\Windows\System 32 folder, this is probably a virus, and you must check the process on your PC using your anti-malware program.

ALSO READ:  Solved: The Set Of Folders Cannot Be Opened In Outlook

How to Fix dwm.exe Errors

Again, normally, this component of Windows doesn’t usually take up too much RAM and CPU. However, if it has exceeded its required values (both memory and process), there are various ways that you can do to ease the problem. They’re as follows:

According to Troubleshooter, replacing the current theme/wallpaper on your desktop might help solve the problem since the Desktop Window Manager works by controlling your desktop’s wallpaper and theme. Here are the steps you can follow:

Another fix given by Troubleshooter is to deactivate hardware acceleration for Office products installed in your PC may help ease the problem as it has worked on with other users. Hardware acceleration is the process in which computer hardware is utilized to operate some functions more productively than to its software program. Here’s how you can do this:

Video Guide: How To Disable Or Enable Hardware Graphics Acceleration In Microsoft Office 2016

If you’re using Windows Vista and Windows 7, you have the option to disable dwm.exe to solve the issue. To do so, here are the steps that Computer Hope offered for you to follow:

To discover more information about the dwm.exe process and its functions, we looked through several support forums and boards. In general, people wanted to know more about dwm.exe Windows 7/Windows 10, dwm.exe process, and dwm.exe error. Computer users also were interested in dwm.exe high CPU usage and dwm.exe username dwm-1.

A forum member shared that he found dwm.exe in his Task Manager and noticed that it was using a lot of memory and computing power. He wanted to know if it was a legitimate process or he had been infected with a virus. When he contacted Microsoft support, they explained that dwm.exe was a necessary Microsoft Windows file responsible for displaying graphics, such as transparent windows, Flip3D, and high resolution.

Another user commented that dwm.exe was also known as Desktop Windows Manager and that it was located in the C\Windows\System32 folder. He pointed out that the size of the program was between 80-100 MB and that it didn’t have a visual window.

A computer expert stated that dwm.exe was a core Windows file and that you could not turn it off. It was possible in Windows Vista to disable visual effects, but it was no longer an option in Windows 7 and Windows 10. However, the person said that dwm.exe had gotten better and that it didn’t cause so many problems as before.

Another individual mentioned that since dwm.exe was a necessary file for Windows, viruses with the same name existed to fool users and avoid detection. The person said that if dwm.exe was located anywhere else by the System32 folder, it was very likely that it was a virus. In these cases, he recommended a scan in Safe Mode to get rid of the malware.

A forum poster said that the dwm.exe on his computer turned out to be a virus and that he had a hard time removing it from the system. The user advised scanning the system in Safe Mode to be sure.

Another computer user remembered that dwm.exe was responsible for Aero in Windows Vista and that it was taking a lot of resources to run. He also mentioned that ending the process only led to it auto-starting again. However, you could cancel the visual themes to get rid of it.

Another Windows 7 user shared that dwm.exe was using more than 1 GB of RAM and that he was worried that it was infected by a virus. However, other members of the community pointed out that dwm.exe was going to use more memory than usual when you had opened more program windows.

Another computer also reported the same high memory usage related to dwm.exe. However, his problem disappeared once he updated Windows to the latest version. After that, dwm.exe was using no more than 20 MB of RAM when he checked the Task Manager.

A poster said that you could safely terminate dwm.exe in Windows 7 but that he didn’t recommend it. The person also remarked that you could opt for Windows basic instead of Aero in Vista and that it would stop eating your RAM and CPU power.

Another computer user mentioned that the dwm.exe virus could wreak havoc on your system and that his Norton Internet Security couldn’t identify it. His only clue was that dwm.exe was not located in System32, and that prompted him to use Norton Power Eraser, which identified the file as a threat.

A Windows 8.1 owner commented that the dwm.exe process was at the top of the Task Manager’s list whenever he opened the application. He observed that it wasn’t eating a lot of memory, but it was using around 5-10% of the CPU and that it was noticeable when he switched between screen.

Another Windows 8 user noticed that dwm.exe was using nearly 100% of his CPU when idle. He contacted Microsoft Support, and they explained that the Desktop Window Manager was always turned on by default. But they admitted that it wasn’t normal for it to use so much computing power. They recommended a clean boot, but what fixed the problem was removing his Avast antivirus. From other responses, he gathered that there was a bug in Windows 8 related to third-party software, and the bug could cause dmw.exe to exploit too much CPU.

A poster also complained that dwm.exe crashed while he was playing a game and that it continued to crashed often after that. From his observation, high-resolution games were more likely to cause the problem, and he was worried his hard disk was falling. Other specialists recommended that he updated his display drivers and adjusted the screen resolution to fix the issue.

There are various ways to solve errors regarding Desktop Window Manager, but the best way is to avoid such errors from occurring in the first place. It involves keeping your computer be clean and tidy by removing programs that you don’t need anymore, permitting Window’s Automatic Update, and disabling for Autostart Programs.

Hopefully, these fixes will help prevent dwm.exe from using excess CPU and memory resources which could only slow down your system’s performance.