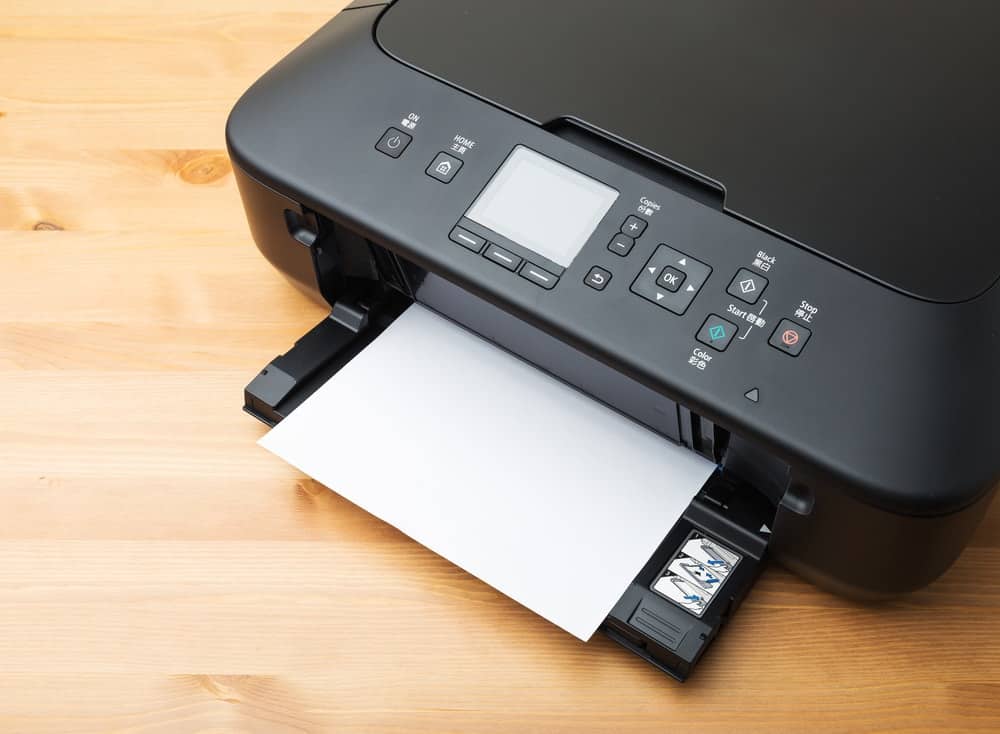 Luckily, we’ve assembled a list of some common fixes for this issue.

Check them out below.

There’s not a ton of info about this error- but we scrounged up some solutions. The top resource we found was a YouTube video claims to have a fix. It published a solution for the 0xf1 error code.

They claim that this error can occur because of a corrupted registry entry in your PC. They say that the print head will be unable to go or read from left or the right side while it is performing the printing process.

It seems that this video is trying to get people to call in a remote tech support center that charges $199 for a fix. (Commentators say it’s a scam).

Fortunately, many of the commentators have said that the fix is a lot simpler than that.

5 Fixes For The 0xF1 Epson Error

One YouTube user, commenting on the video, said that his issue was merely a paper jam. He says that he’s experienced this Epson printer error before.

So check to see if any paper is jammed inside the printer.

How to solve paper jam or paper feed error

Really obvious, I know- but this magical cure-all can be an easy fix for a range of printer errors.

Though one user did say that leaving it off overnight, as opposed to a quick reset, was another layer of refresh that helped clear the oxf1 error.

This YouTube user says that, to his mind, this Epson error code is not very diagnostically informative- it can indicate a range of different problems that cause it.

Another YouTube user said that he wiggled his printer heads and it fixed the issue.

Here’s a video of a tech working on Epson printer heads- this will help you figure out how to ‘wiggle’ them as the YouTube poster did to fix the error.

Over in Microsoft support, one user described the problem. When he switches on his Epson XP-435, he’s been receiving an error message: “Printer Error, turn power off and on again. Error code 0xf1.”

Obviously, after several ineffective cycles of switching on / off again, the printer continues to be non-functional. He suspected that This might have been caused on account of an effort to print a document from an iPad.

It appears an absurd situation, to this Epson user, that a modern day printing device may be made useless by simply an effort to make a wireless connection.

Over in Microsoft Support, the initial thing they suggested is to run the printer troubleshooter.

Navigate to Control Panel > Troubleshooting > View all on the left and select Printers.

It ought to quickly diagnose and clear errors if at all possible.

Navigate to Devices and Printers > Right click the Epson Printer and select Remove device. Then, reboot your computer or laptop and try adding the printer again from the same menu.

This should be a pretty basic fix. There’s not a lot of information on the internet about it- but from what we’ve seen it’s usually fixed by clearing a paper jam, rebooting the printer, or fiddling with the printer heads a bit.