In this post, we examine the ETD Control Center- defining what it is, should you remove it, and 5 fixes for dealing with errors.

The ETD Control Center (ETDCtrl stands for Elan Trackpad Device Control Center) is a program or executable file that comes from the ELAN Smart-Pad (Source).

This is a touchpad program that is usually found in laptops since laptops are the only ones that use them anyway. The thing about this program is that it is quite redundant since your computer already has its own touchpad program.

In a way, it’s actually not needed so you can take it out. In fact, there are some users that deem this executable file as dangerous, so that’s even more reason to take it out.

What is the ETD Control Center?

As mentioned above, this is a software that is created by ELAN Microelectronics. Though it’s not really known to cause problems, it can possibly be a carrier of an ETD control center virus in disguise. Also, the problems may also start once the file is corrupted. That’s why a lot of people opt to take it out.

The file itself is named ETDCtrl.exe and can be found in a subfolder in the Windows folder. Specifically, it can be found in C:\Program Files. That said, it’s pretty easy to remove this file if you think that it is a threat to your computer or may cause some problems. 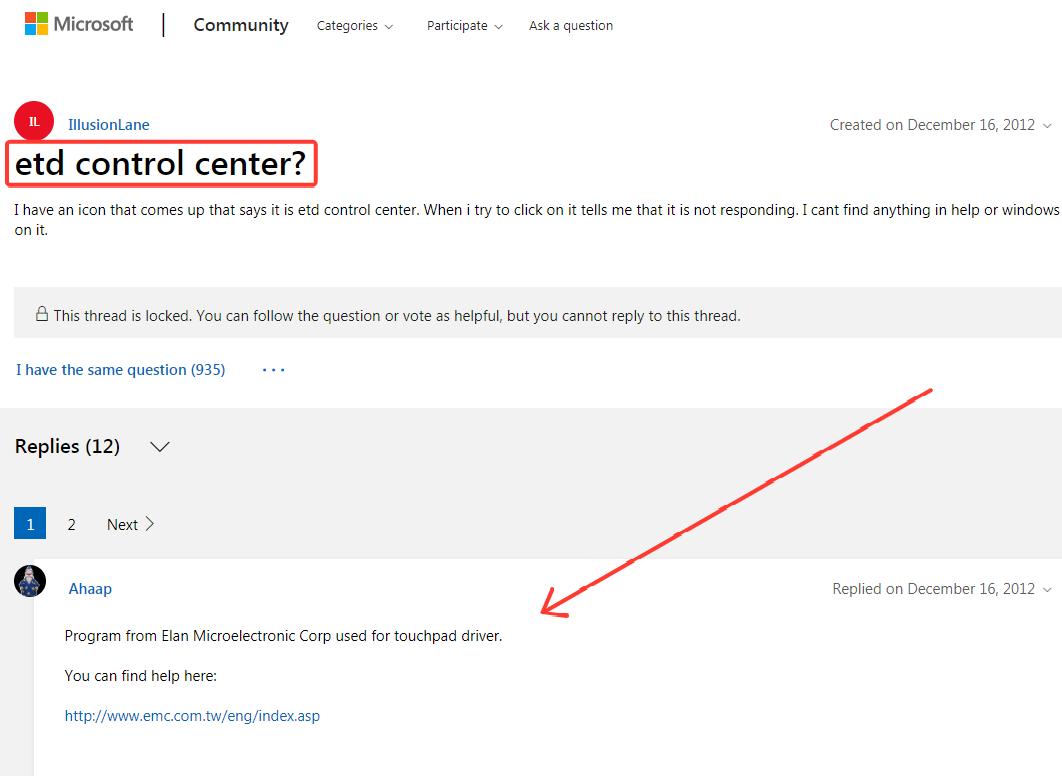 How to Fix Issues Related to the ETD Control Center

You have the choice of either disabling the program or removing it as a whole. If you think that you’re still going to need it in the future, then you can just disable it using the Task Manager. That way, it’s still there for you to enable if ever you want to.

You can do this if you want to keep it there but don’t want it to use a lot of your computer’s resources. Windows 10 Skills recommends you do this:

Video Guide: How To Use Task Manager And Troubleshoot

If you want to remove it as a whole, then you may try this method instead. Removing the ETDCtrl.exe file is as easy as uninstalling any other program from your computer through the Program Uninstall feature that every computer has. This is what is recommended by Live For Tech. Here’s how:

If you’re going to uninstall the ETD Control Center, your touchpad as a whole may get affected. You’ll be using the default touchpad of your computer.

The problem here is that after the removal, your computer might not be able to detect a touchpad. If that happens, then you better update your touchpad simultaneously so that you won’t encounter any problems. Windows 10 Skills recommends that you do this:

When you do this, you should have no more problems with the ETD Control Center. You won’t be using it as your touchpad anymore, but you’ll be using a default touchpad that won’t give you error messages or use up a lot of your CPU’s resources instead.

ALSO READ:  Here's How To Fix The 'Class Not Registered' Error

Video Guide: How To Update Your Drivers For Free In Windows 10

4th Fix: Repair the Smart Gesture on Your Asus Laptop

If you are an Asus user and you noticed that there is something blinking in the taskbar, it’s most likely the ETD Control Center using up a lot of CPU resources.

You may have the option of uninstalling it by making use of the 2nd fix. However, another way is to repair the Asus Smart Gesture. This is what Appuals recommends:

What Is ASUS Smart Gesture?

5th Fix: Remove the Virus Using an Antivirus and Antimalware

One thing to take note of is that viruses may pose as executable files such as ETDCtrl.exe. File.net notes that the ETDCtrl.exe has an 85% threat rating if it is located in C:\Windows or C:\Windows\System32 folder.

If it is located there, then it is most likely a Trojan virus or a malware that is just posing as a legit ETDCtrl.exe file. If this is the case, you need to make sure that you have the right protection from these threats. Here are some recommended actions:

A computer owner expressed his concerns about an icon that was popping up from time to time called ETD Control Center. He tried to click on it, but it wouldn’t respond. The person was worried whether it was something malicious because he couldn’t find anything in Windows help.

Another forum poster explains that ETD Control Center is a program developed by Elan Microelectronic Corp. He adds that it is necessary for the proper function of the touchpad and that it is harmless and rarely causes problems.

A person shared that users on his network started to receive a pop-up messaged related to ETD Control Center. It said that they were not authorized to run the application. As an admin, he logged in with his credential, and he also got the same message. He added that it was a nuisance because he couldn’t figure out how to remove it.

Another computer user reported that he recently upgraded his Windows to Windows 8.1 Pro and that the Action Center recommended that he remove some programs from his startup list.

A computer expert recommends that you don’t touch ETD Control Center unless you have some problems with it or you’re getting an error message related to it.

Another individual observed that the ETD Control Center took 51% of his CPU power and that it wasn’t normal.

A forum member also noted that the ETD Control Center was causing problems on his laptop.

A computer user remarked that the ETD Control Center icon wasn’t responding and that he was wondering how to get rid of it completely. He said that he couldn’t even close the icon and that it was consuming too much CPU power to run the trackpad. After he uninstalled it, he said that the trackpad worked without it, but it wasn’t as smooth as before.

Another person said that the ETD Control Center is essential if you want to scroll, zoom or rotate pictures and that you shouldn’t uninstall it.

A computer owner also shares that the ETD Control Center is necessary for keyboard shortcuts and screen changes. He adds that without it you’ll have only basic touchpad functions.

ETDCtrl.exe in itself is a legit program, but it’s not usually needed by most users because it’s pretty redundant. Of course, it can be a pretty annoying program because it is prone to errors and may take up a lot of your CPU’s resources. That’s why we recommend that you just take it out instead of keeping it (or disable it, for that matter).

The only dangerous part about it is if it is a virus disguised as an executable file. If you don’t do something about it quickly, the virus could quickly spread and crash your entire computer.

In any case, you just need to follow the steps given above to take out ETDCtrl.exe. It’s pretty easy to take it out, and you don’t need to know any difficult technical coding. Just choose which of the above-mentioned fixes you want to use and follow the instructions that we’ve provided per fix.