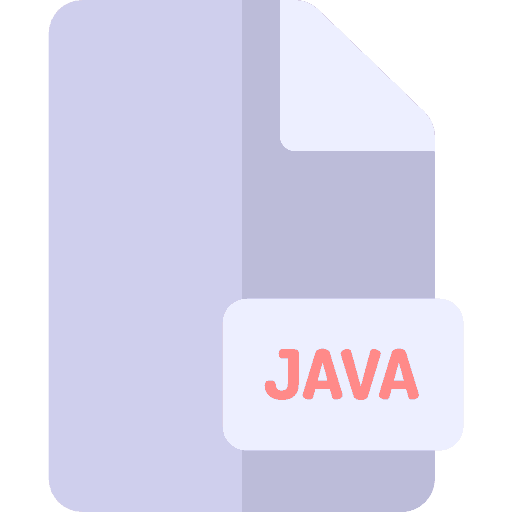 In this post, we’ll provide 4+ fixes for the ‘Exception in thread “main” java.util.NoSuchElementException’ error.

Java programming is a widely known programming language that serves a general purpose in application development. Java is easily the most popular coding language and is running on more or less 3 billion devices worldwide.

However, Java users also encounter errors whilst in the process of programming. One of which is the Exception in thread “main” java.util.NoSuchElementException. This will occur if the exception is thrown to indicate that there are no more elements in an enumeration.

In simpler terms, exceptions are considered abnormal conditions in Java programming. These are events that disrupt the normal flow of a program. You can see a bunch of people experiencing this error over on Twitter:

This exception message will appear as a result of various coding errors. The most common cause of this error is when it is in the context of a Scanner when programmers call nextLine(), and there’s no next line that follows.

Also, this exception error can also stem from the following ways:

In the video below, the tech vlogger says that you will find this kind of exception while automating a web application. He covers the reasons for this exception and how you can resolve it.

How to fix ‘Exception in thread “main” java.util.NoSuchElementException’

Programmers initially expect the machine to initially output “Text Input:”. After which it allows the user to input more text which will result in becoming output afterward. If you encounter the “Exception in thread “main” java.util.NoSuchElementException” message while in the middle of typing your codes or after scanning, you can follow these easy steps listed below.

As was mentioned before, this exception error message usually results from a multitude of causes. Therefore, the first fix to be discussed will be the most common and general fix.

Based on oracle.com, it is imperative that you should use a Scanner when trying to fix these kinds of errors. Listed below are important steps in ensuring you have not avoided these.

A Scanner class also issues this same exception if it encounters special characters it cannot read. Also, ensure that the correct encoding is passed to the Scanner constructor.

Here is another fix to a common error source. According to Javacodegeeks, this is a very common and average error case. This case usually occurs when a Java application tends to iterate over an empty Set. In order to prevent this error from happening, a Java application should call the hasNext first.

If a Java application uses multiple enumerations, the hasMoreElements method should be utilized:

Lastly, the most appropriate user of the StringTokenizer is as follows:

The NoSuchElementException lengthens the period of the RuntimeException class and hence belongs to the exceptions which can be thrown during the Java Virtual Machine (JVM) operation. A RuntimeException class is considered the superclass of these exceptions that can be commonly thrown when under the normal operation process of the JVM. It’s an unchecked exception, and it doesn’t need to be proclaimed in a constructor’s or a method’s throws clause.

In order to indicate that no more elements are present, all the aforementioned methods try to revert to the next element of an enumeration and throw that exception.

Whenever a Java application tries to iterate over an empty Set is considered a very common error. In order for the programmer to avoid this error, the following steps are listed below:

This fourth fix is a preventive measure rather than an actual solution. This helps in avoiding the exception to be thrown into the code. Follow the two steps listed below:

To understand more about this common Java error, we search through several Java support forums.

They also wanted to know about Exception in thread “main” java.util.NoSuchElementException none.get.

A forum user shared that he was a novice to Java programming and that he was trying to write a code to execute a program converting inches to centimeters.

A couple of Java programmer recommend that if you want to learn how to fix NoSuchElementException errors, you must learn to read your stack and find the line of code where the exception is thrown. Then it’s easy to work from there and fix the problem.

Another forum member explained that if you get the Exception in thread “main” java.util.NoSuchElementException error, you should read more about exception-handling mechanisms in Java. He adds that you have to check that you’ve implemented your “Scanner” method correctly or if you have programmed “new Scanner” twice. The user also advises that you spell check to make sure that you’ve not mistyped anything in the code.

An individual advised that you check if you have any elements in the “Scanner” when you get NoSuchElementException. He adds that “Scanner” is a class and as such, it has a method. Namely: hasNext() which you should use to test if there is anything more to be read. For example, you can use the following code to check:

Another user also complained that he kept getting NoSuchElementException even though he has checked his elements. Other Java users took a look at this code and recommended that he close some of his System.in statements because they were throwing the exception. They also said that he should add a catch to prevent crashes.

A person suggests that Exception in thread “main” java.util.NoSuchElementException might appear if you’re reading and writing one file without saving it first. He also adds that you might want to use RandomAccessFile which is accessed directly and as such, doesn’t need other files to be read first.

What does this error mean? – Java Forums: Exception in thread "main" java.util.NoSuchElementException at java.ut… http://bit.ly/e6DHEJ

Another forum poster explains that you’ll get the NoSuchElementException error if the file your program is supposed to read is empty or what’s inside it doesn’t match the parameters you’ve inputted in the code. For example, if you’ve programmed the code to read 40 values from a file of 10, you’ll get an error after the 10th because there is nothing else to read. That’s why the Java expert points out that you have to employ “hasNext()” method to check if you have a Next item.

A Java programmer comments that it’s not a good practice to have too many “Scanners” in your code and that it’s better to instantiate “Scanner” once and then use it again if there is a need for it. He also remarks that you shouldn’t close those Scanner objects which point to System in. You might forget to open it again and that will create an error such as Exception in thread “main” java.util.NoSuchElementException.

Another person also said that he had problems with the NoSuchElementException. When he posted his code on a Java forum, he understood that one line of his code was calling nextInt() but since there was no next input available, he got the error. A fellow member that he had to read more about Scanner’s class methods and employ one of them to check for available input before calling nextInt(). The user also recommended that he read the API doc for more information.

A novice programmer was baffled when he got the error Exception in thread “main” java.util.NoSuchElementException: No line found. However, the problem was a very simple one – he had forgotten one square bracket in the main method and that what throwing the exception. Other users also pointed out that you’ll get NoSuchElementException: No line found if you’re calling “sc.nextLine()” when you don’t have more lines that could be called.

Various programmer errors that are usually overlooked can contribute to the exception being thrown in the code. As such, a multitude of solutions is also needed in order to fix these errors.

The most common cause of the exception is when it looks like you are trying to call next even if the scanner no longer has a next element to provide. When you trying to fix this exception error message, try to check if a scanner has next item to read. You can use hasNext(), hasNextInt().

Also, a more detailed discussion on Scanner exception errors and whatnot can be found through this Reddit link.