Nothing sparks technological alarm quite so much as when your computer flashes a blue screen at you, moments before automatically shutting down. The dreaded Kernel_Data_InPage_Error has haunted Windows users for years, but like any other error, there’s a rhyme and reason behind it. You can even debug it without a great deal of prior knowledge. So if you’ve ever run into this particular problem, don’t worry — we’ve got your back, and we’re going to give you some essential steps that will help you to figure it out.

Without further ado, let’s take a look at this particular Windows error, which has “blue-screened” oh so many computers.

Perhaps most troubling is the fact that nothing evident precedes this error showing up. One moment you’re clicking through your Facebook feed, answering a few emails, maybe booting up your favorite game, and it all comes to a crashing halt. You’re confronted with a bewildering message about indexing Windows registry files, and for reasons not understood, your computer has to shut down. 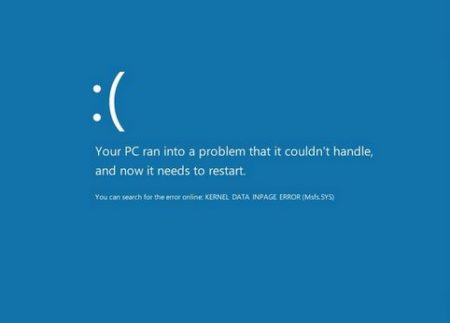 Below, we’re going to take a look at the various reasons that this error shows up. However, if you’re already well-read on the subject, you can feel free to skip lower in the article, where we discuss potential fixes. However, that more extensive knowledge can be hugely beneficial when you’re dealing with error codes such as this. Due to the reasons that they appear in the first place, it can be helpful to know how and when to resolve them.

If you’re able to get back to work at all, that is.

This particular error is problematic for many users because it can show up for a variety of different reasons. All of them are tied intricately to the Windows registry, which is why they all manifest as the same error code. Here are a few of the most likely culprits:

At first glance, this seems like a very diverse set of problems, and in truth, it is. However, the steps that we’re going to detail below will help you to diagnose which one of these is plaguing your PC, and also help you to resolve it with minimal fuss.

Do know, however, that there’s little that can be done with software that will successfully remedy a problem in your computer’s hardware. If a particular component needs to be replaced, there’s not a way around that. But we’re not going to jump to conclusions; instead, let’s look closely at the first steps you should take to deal with Kernel_Data_InPage_Error. 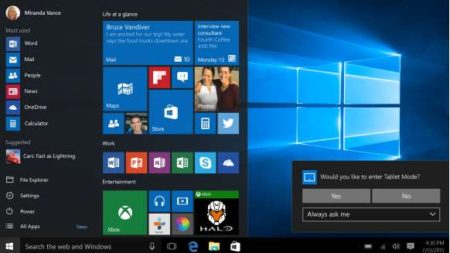 Even though this is a rather diverse error, we’ve organized the following suggestions into a series of steps to follow. While there’s no guarantee that they’ll ultimately resolve the problem, it tackles all of the potential causes that we’ve outlined above. Thus, it’s your best shot at sorting out this Windows error on your own, without needing to send your computer in for repair.

Disclaimer: Though every method we’re presenting is a tried-and-true solution, the nature of the Kernel_Data_InPage_Error message means that your own circumstances might be unique. If a particular solution feels beyond your skills to fix, don’t hesitate to contact a PC repair professional.

“Our computers have become windows through which we can gaze upon a world that is virtually without horizons or boundaries.” – Joseph B. Wirthlin

It might seem like a no-brainer, but the first thing that we’re going to suggest is that you reboot your computer. Occasionally, Windows encounters a registry error due to a recently updated application, or a part of its own operating system that needs to finish updating. Since your computer is going to shut down anywhere after encountering this error, the best first step you can take is to boot it up fresh and monitor its progress.

If you’re the lucky sort, this might be a one-time error, that doesn’t show up again. However, the following steps will still be handy to know.

Because the Kernel_Data_InPage_Error message sometimes crops up as a result of malware or a virus finding its way onto your computer, a system scan is important. Not having always-on antimalware and antivirus software is very ill-advised, so use whichever software you’ve chosen for your machine, and perform thorough scans.

Avoid using “Quick Scans,” since they can potentially miss malicious software in your Windows registry. Complete scans take longer but are worth your time in this instance. If your security software happens upon any malware or viruses, then it’s very likely that you’ve found the culprit for your dreaded blue screen error message. In spite of this, it will still be handy to follow through with some of the below steps. Avoiding irreparable damage — or repairing the damage that’s already been done — can be accomplished with some of Windows’ recovery tools.

Though Windows isn’t typically guilty of breaking itself, it’s possible that necessary Windows updates have caused your computer to blue-screen. This usually only happens when your operating system is severely out of date, and software drivers on your computer have conflicted with the current installation of Windows.

It goes without saying — kind of like rebooting your computer — but keeping your operating system up-to-date is extremely important if you want to avoid it running into future errors.

The software drivers for all of your computers installed hardware components need to be kept up-to-date, as well. Many of them frequently interface with the Windows OS itself. And because Windows is frequently updated, so too should your drivers be. 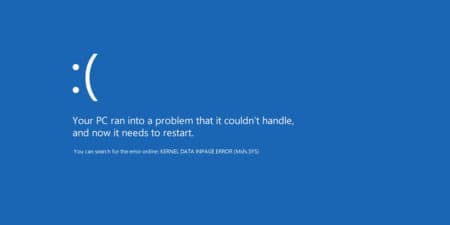 Ordinarily, regular Windows updates will do most of the legwork in keeping your drivers up-to-date, but it never hurts to look through your installed hardware manually and make sure that current drivers are being used. Type in “Device Manager” in Windows Search, and select it. In the subsequent window, expand different categories on the left spine and view the correlating hardware to the right. You can right-click on any of these and select “Update Driver.” As long as your computer has an active internet connection, this process is largely automated. Easy, right?

Make sure that your software drivers are up to date before proceeding to the next steps.

Another protective feature that’s built into the Windows operating system is System Restore. It allows you to roll your system back to a previously archived “restore point,” determined by your personal Windows settings. This will remove files that were added since that restore point, and reverse changes that were made in the same time frame. This includes applications that you’ve installed and drivers that you’ve updated, as well, so it isn’t to be used lightly!

In Windows Search, type in “Create a Restore Point” and click the result. Here, you’ll be able to customize the amount of hard disk space dedicated to the feature, but more importantly, you can click on “System Restore” in order to execute the rollback. Do know that you won’t be able to recover any data or files lost when doing this, so make sure that your important assets are backed up before doing so.

It should be noted that this is not a reliable way to remove malware or viruses from your PC. Could it? Sure, but as we mentioned above, worries about malicious code on your machine should be allayed by dedicated antimalware and antivirus software, rather than this feature.

The very last thing that you can do is reset your installation of the Windows operating system. It’s possible to do so in two different ways — a “factory reset” that removes all of your installed applications and personal files and a soft reset that merely resets the Windows OS to its default settings.

For our purposes in resolving the Kernel_Data_InPage_Error message, a factory reset is an advisable route, if you don’t have any further options. Keep in mind that anything removed from your PC by using this feature cannot be recovered, and if the root of the error lies in your hardware, rather than the OS installation, this will not resolve it. But it’s the last troubleshooting step that you can take, and thus, the cap on our advice on this article.

ALSO READ:  How To Fix A 500 Internal Privoxy Error?

Because there are quite a few different things that can prompt it, the dreaded Kernel_Data_InPage_Error blue screen message is quite prevalent. We hope that our above fixes have given you a way to fix it on your machine.