The Call of Duty franchise is a very successful one, and with Infinite Warfare being released late last year, there have been some complaints of several error codes. Particularly, the one that reads POLANA, which is the game’s way of telling you that the game will restart due to an update failure, has been frustrating many gamers around the world.

I know that fixing an error code like this can seem like a daunting and intimidating task, but you’ll actually find that it is quite easy to fix. In fact, you most likely have all the knowledge and skills you need to correct it. You just need to know how to apply these skills and that’s where I come in. In this article, I will be teaching you how to properly fix this annoying error code that has been plaguing users of this game since it was first released. So, if you’d like to learn how to fix it, you’ve come to right place. 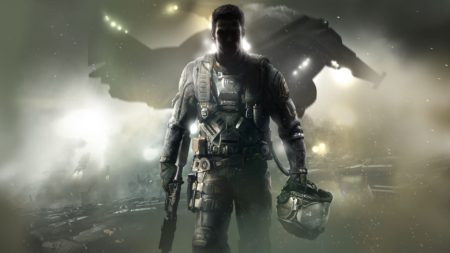 As I’m a big fan of the Call of Duty franchise as I played them growing up, I thought it’d be fun and interesting to talk a little bit about the good parts of this game, rather than just jumping into the negatives. If you know anything about video games, then I am sure you are familiar with the Call of Duty franchise, whether you are a fan or not.

It is one of the most successful series in video game history, with over 250 million sales worldwide to date, which equals over $15 billion! It really started the popularity of the first action shooter type games, and each installment has different settings in time and stories. It is most known for its online multiplayer and zombies mode and its campaign is always fun, different, and interesting.

Infinite Warfare is the 13th installment in this franchise and it was released on November 4, 2016, for Microsoft Windows, PS4 and Xbox One by Infinity Ward and Activision. The game is set in outer space as the campaign is based on an all-out battle for the solar system. All the standard features of all the other Call of Duty’s are here, with the campaign, online multiplayer, and zombies. It received mostly positive reviews and was noted as being a great improvement from the previous Call of Duty, Black Ops III.

What is Error Code POLANA?

The picture above shows what your screen will look like if you get the error code POLANA, and it means that the game needed an update and that it failed. The confusing part about this error is that usually, the user didn’t even try to update the game; the message just appeared randomly without them doing anything. This leads to many people not having a clue what to do because they didn’t even initiate an update. It’s hard to explain exactly what is causing the error, but its most basically a glitch in the system.

This is actually the first error code that we have covered here that details an error specific to one particular video game. Most of the other video game errors that we have talked about are console specific (like this one here.) These are more likely as errors usually occur within the system, not just with the game alone.

Just from my experience, I’ve noticed that the next-gen consoles and games seem to have much more errors than the older ones. Back in the day, I used to play Xbox 360, and I would hardly ever have any errors with the system or the games. Now that I have the Xbox One, it seems like at least once a week I get a new error.

This may seem like a paradox because you’d think the newer ones, with their better technology, would have practically no errors. However, I believe that this new technology is what is adding to these game’s errors. There is so much stuff happening during each game, with the high-quality graphics and all of the added features that it creates so much more computing power than before. When you look at it that way, it’s no wonder that there has been an increase in a number of errors. This is in no way a fact, or anything that has been proven, just an observation from a lifelong gamer as myself and several of my friends who play on different consoles as well. I’m sure that many of you have started to notice the same thing.

How to Fix this Error

Although this game is offered on three different consoles, luckily, the two solution techniques I’ll explain here are the exact same no matter what console you are on. The method you go about them may be a little bit different, but you’ll definitely understand how to do so once reading these steps.

Once again, the stereotypical first step, but nonetheless effective.

From reading on the official Call of Duty support and community page, I would say that this first technique has mild success. Some people have given it a thumbs-up, saying that it worked well and completely fixed the issue that they were having. For others, it is a completely different story. You can view the link I provided yourself if you’d like, but there are many people complaining that this did nothing to help the issue. I think what also added to their frustration was the fact that this was provided as the only solution by the Call of Duty team, which is not the case.

This is typical for a solution as simple as this one. You’ll notice that on nearly every  Error Code article we write that the first step is to completely restart something, whether it’s your router, your computer, operating system, console, game; whatever it is. We don’t necessarily include that as the fist step because it works 100% of the time, but because of its the easy. It takes a couple of minutes and really no work, but it can fix the problem many times. The next and final solution to this error code takes the restarting idea one step further and it may be more effective, but the downloading required also takes longer. 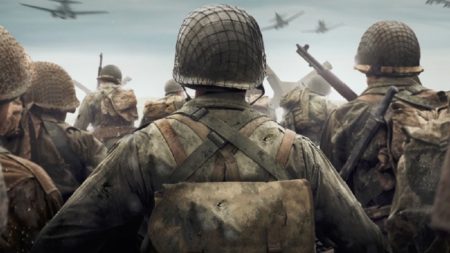 If this basic restarting step doesn’t do the job for fixing this error, then you will most likely have to go one step further, and that is completely deleting the game from your console and then re-installing it.

This is done a little bit differently on each system, but it is a basic function that every gamer should be familiar with and know how to do. Delete the game and then simply re-download it. That’s it. I understand that this can be a frustrating solution for those of you who want to play this game right away, as this process will most likely take several hours to complete. However, it may be necessary if the first technique doesn’t work.

Call of Duty Infinite Warfare is the newest in this series and it is definitely not immune from glitches. This particular error code perfectly illustrates that point, as it was one that has driven people crazy since the game was first released.

After reading around in some gaming forums and blogs, it seems that a majority of the cases of people getting this error were from the first couple weeks of the game being released. That isn’t unusual with major games like this being released, as I remember the exact same thing happened with Madden 17. This error code was really prevalent in the game’s first weeks, but now it seems like they have gotten it down to a minimum.

Still, you still may get error code POLANA every now and again while playing Call of Duty Infinite Warfare. That’s why it’s important to know how to do these steps just in case it happens and you’ll be able to fix it quickly without having to look it up online. Besides just this error, there are much more that you could get. For a majority of these, the same solution techniques that I gave you will work, so try those at first, and if not, look around for other solutions. Also consider coming back here, as we have an entire section on Xbox errors.