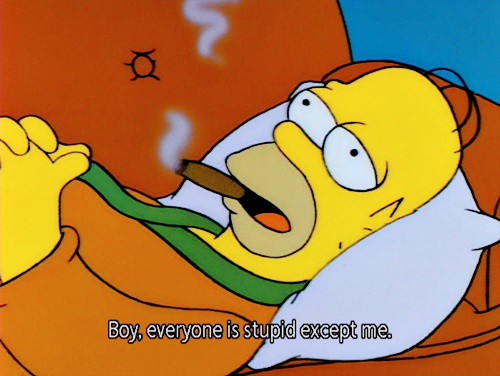 If there’s one social behavior that we’ve become incredibly adept at, it’s the blame game. We love to speculate, postulate, and shout about who should be faulted for what circumstance and the fundamental attribution error is a major factor in this — we’re going to provide you a definition and some rock-solid examples, below. It’s an important term in the field of behavioral psychology, and even a cursory understanding of it can definitely help you to better navigate social situations. Given the prevalence of heated discussion that we’re exposed to on a daily basis — mostly by way of social media, bless it — it’s more critical than ever that we have a better grasp on why we behave the way that we do.

Want to learn more about peoples’ tendency to make crass and assumed character judgments against each other? Then you’ll want to learn about the fundamental attribution error.

This is a bit of a divergence from the topics that we frequently cover, but allow us to make the briefest of tangents. Behavioral psychology isn’t remotely an exact science, and a better understanding of it can glean quite a lot of insight — not only into the actions of others but into our own, as well. It’s an important facet of the critical thinking skill set, and in the same way that speculative troubleshooting and theories can lead to greater knowledge in tech error resolution, so too can it help you to better understand people. 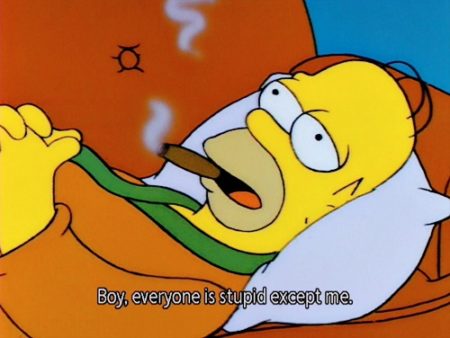 At its heart, the fundamental attribution error is an examination of how we explain behavior, according to internal and external factors. Is someone behaving in a particular way because of their personality, or because of some effect from their environment? Is there something inherent in this person’s sense of self that’s prompting such behavior, or is some external factor guiding them? The fundamental attribution error would argue that we have a tendency to automatically associate behaviors with internal factors, rather than external, almost by default. And an examination of this trend is important, given the ways that social interactions are changing so rapidly.

One thing will remain constant and certain throughout any such discussion — humans are never as objective as they might claim to be, and try as we might, we’re all prone to different types of attribution errors.

Technically, you can unpack the entire definition of this concept from the name alone. It’s a type of error that occurs when we attribute unknown variables to our perspective on a particular subject. It’s a human error, arguably unavoidable for the simple fact of how our minds work. Thus, it’s the crux of many theories in the modern study of behavioral psychology.

Inevitably, the way that we perceive our environments — especially social environments — are going to change depending on our own behavior, experiences, and beliefs. Our personalities cannot help but have some impact on the way that we see things, and no matter how hard we try to combat that with objectivity, it’s unavoidable. Because behavioral psychology is by no means an exact science, it’s not quantifiable. But that certainly doesn’t dismiss the fact that we all fall victim to attribution errors.

Constructing an all-encompassing example is actually somewhat difficult to do. When we’re looking at the wider field of attribution errors, it’s actually a concept that applies to everyone at once, while also pertaining to their respective experiences.

The easiest way to construct an example, then, is for this author to make reference to himself. For example, since I spent the vast majority of my younger years growing up in rural areas, I will certainly possess attribution biases about the ways that people in rural areas live, when compared to the lifestyles of those in urban areas. Now, this doesn’t necessarily mean that it’s a hostile disparity between perception and reality (which is a conclusion that many people jump to.) Instead, it should be viewed as something that’s natural; part of our respective cognitive development, and the fact that we’re all human.

I’ve given a rather specific example but using it, you can see how attribution error is both an easy concept to recognize on a macro scale, but difficult to pinpoint, measure, or observe on a micro scale.

Specifically, fundamental attribution theories would state that we have a preconceived tendency to identify the causes of someone’s individual behavior as being a result of primarily internal influences, rather than external. Not only that, but it suggests that perception of our own behaviors leans primarily towards the opposite — that external factors are of greater influence to our consequence-prompting actions than internal factors.

Many try to boil the entire theory down as hypocrisy, but it’s actually far more complicated than that. Many professional behavioral psychologists consider the theory of fundamental attribution error to be a pillar of understanding in their field of study. But just as with attribution error in the broader sense, it’s a hard thing to quantify and catalog, since it’s so heavily dependent on individuals’ perception.

We’ll provide a few examples below so that you can hopefully have a better understanding of the basic theory of fundamental attribution error. Understand that these are purely hypothetical scenarios, constructed only for the sake of providing a tangible example of this theory.

In both of these examples, we’re speculating as to the perceptions of Andrew and Jennifer, both in how they perceive other people, and how they perceive themselves. The fundamental attribution theory suggests that in both instances, they were willing to assume internal reasons behind others’ behavior while perceiving external causes for their own. Of course, this is by no means a constant when viewed in reality. Like any other element of behavioral psychology, this is an amorphous issue that can easily change based on respective circumstances.

There are plenty of reputable sources from which you can learn even more about this theory. Though we’ve provided a concise definition as well as a couple of useful examples, the deeper contexts and case studies that have been conducted around fundamental attribution error are significant. It’s a subject that has received decades of study, so there are plenty of resources to be found if you want to glean more knowledge about it.

An article with Changing Minds cites several different studies that were done around fundamental attribution error, and also posits that Western cultures are especially prone to follow the trend. On Psychology Today, you can read a work titled “Why We Don’t Give Each Other a Break” to learn about how much this particular theory can factor into widespread human behavior, in just about any culture.

PsychCentral is a professionally reviewed online encyclopedia of psychological theories and terminology. If you’d like to learn more about fundamental attribution error—or any other aspect of behavioral psychology—it’s a good place to do so. Each entry will even show you the professional that reviewed it, as well as when the review was conducted. It’s useful for knowing that the information you’re gathering is up to date and accurate, perhaps most of all.

Check out some of these above links for more information about fundamental attribution error. Meanwhile, we hope that the above article has helped you to gain a base understanding of the concept, as well as some idea of how it can be viewed in the real world. Our examples might be broad, but when viewed alongside the the pared down definition in this article, you should be prepared to utilize this particular theory in future discourse about behavioral psychology. And as always, if you still have any questions, we’d appreciate hearing them in the comments, below.

ALSO READ:  How To Fix A 500 Internal Privoxy Error?