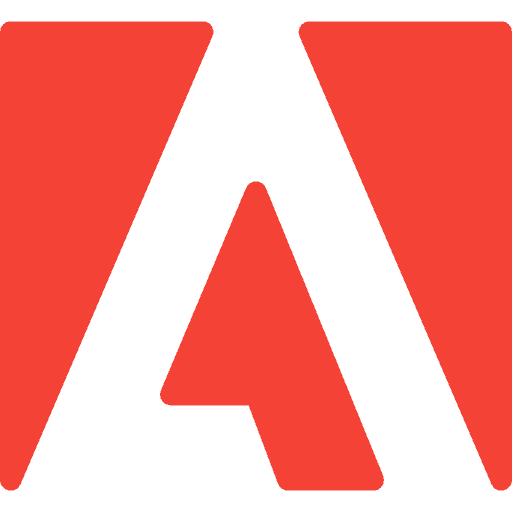 EXE name extensions in computers are executive file formats. These types of file formats contain programs that are used and run by the computer. However, .exe files are run natively through Windows, Microsoft DOS, OpenVMS, and React OS. Linux OS and Mac OS do not natively run .exe files and have another file format used instead.

EXE files are typically harmless and are used for your computer for program processes. However, if you receive emails containing files or documents with .exe extensions, you should be cautious as they may be a harmful virus, malware, or worm. Always be vigilant in downloading files from the internet.

There are many types of EXE files that are essential when running programs on your computer. Out of the countless program files, the GC Invoker Utility or AGCInvokerUtility.exe is today’s focus.

Hey @adobe, don't add new startup processes to my computer that have ZERO documentation on the web. In other words, what in the hell is GC Invoker Utility?

The Adobe CC uninstaller failed to remove a suspicious startup item called agcinvokerutility from my system. If I hadn’t found it with the KnockKnock malware checker and removed it manually, it would have persisted in the background forever. pic.twitter.com/FKBhE3TiL3

What is the GC Invoker Utility?

The GC Invoker Utility is not considered essential for the Windows OS. For Windows 10/8/7/XP, the file size is about 316,392 bytes with a 53% occurrence but can also reach up to 2,670,056 bytes. Such type of EXE file is not considered a Windows system file but rather a Windows scheduled task. It can also try and monitor certain applications on your computer.

Usually, the GC Invoker Utility is located in C:\Program Files\Common Files under the Adobe folder. If the executive file works as intended, it should not cause any harm as it most likely only has 22% dangerous rating.

When is the GC Invoker Utility dangerous?

According to a Microsoft Partner website file.net, some malware files can actually disguise themselves as an AGCInvokerUtility.exe. This can be identified if you happen to see or locate the file in the C:\Windows or C:\Windows\System32 folder.

When it happens to be a malware, it can drop fake files and harmful software which cracks codes at the back of your system.

Some of the symptoms for extracting a harmful GC invoker utility are damages in registry files, modifications in system settings, disabled security programs, blocked system updates, and strange sounds from the sound card. This harmful malware is oftentimes located at %PROGRAM FILES%\AGCInvokerUtility.exe.

How to Resolve Agcinvokerutility.Exe Issues?

If you happen to experience GC invoker utility.exe application error, it can noticeably slow down your computer during startup. According to a poll in freefixer.com forums, most of the users voted to just remove the .exe file altogether. Deleting an .exe file is not as easy as sending it to the trash bin like any other documents. Sometimes, it may take other applications to help you get rid of it.

One of the quickest ways to monitor your computer from the malware dangers of the GC Invoker Utility is by constantly scanning your PC with trusted anti-virus or anti-malware applications. This can help check the security of your systems and can delete harmful malware. However, the services offered by anti-virus programs may vary from one another.

Another simple way to view errors is to check for autostart programs using msconfig (command prompt) to see if AGCInvokerUtility.exe is part of Window’s autostart programs. Also, you may enable Auto Update options to see if the GC Invoker Utility’s presence blocks any updates.

However, if you happen to contract a malware with an extension name as AGCInvokerUtility.exe, below are certain fixes you can try to eradicate the problem and save your computer.

Fix It with Free Scan Software

There are a lot of free scan applications available online. However, according to the Threat Fixer, Spy Hunter is one of the most reliable free software in the market- but there are a bunch. The video below mentions several:

Once your download has finished, install like every other program and make sure to choose settings applicable to your computer. Select your preferred language. Depending on how fast your computer processes the installation, it may take a while to complete.

After a successful installation, click “full scan” and wait for the program to locate the AGCInvokerUtility.exe. The duration of the scan may take a few minutes depending on how much files and programs are on your computer.

When the program has finally located the malware, click “fix threats” to permanently delete the file and all its harmful effects. The Spy Hunter also provides short descriptions or information for every scanned malware or threat present in your system.

To supplement the powers of Spy Hunter, you may also want to download an application that checks your system registry. A trusted free program online is RegHunter. The said program can help locate bugs and malware on your computer. Just like Spy Hunter’s installation process, do the same until a successful installation occurs.

After which, click “Scan for registry errors now” and wait for a few minutes for the program to do its job. After all bugs and errors have been identified and removed, it is recommended to click “Repair All Errors” to patch up the damages possibly caused by the GC Invoker Utility.

A computer owner noticed a strange program in his startup tab when he turned on his laptop. It was called AGCInvokerUnitlity.exe. The user was wondering if it was a legitimate program or a virus he should delete because he had moved it from his C disk, but it appeared again on the next day. He added that it was located in C:/Programs Files(x86)/Common Files/Adobe folder.

A user explains that GC Invoker Utility is part of Adobe Software Integrity Service and that it’s an automatic startup file. He observed that the role of this software service was to check if any of the Adobe software had been tampered with and if the license was invalid or improper. The person added that GC Invoker Utility usually didn’t cause any problems and he wouldn’t recommend removing it.

Another forum member was anxious about GC Invoker Utility he read online it was malware and had to be removed.

A computer user also wanted to know how to remove GC Invoker Utility from his startup menu.

Another individual shared that he believed GC Invoker Utility to be malware because it was nearly impossible to get rid of it. 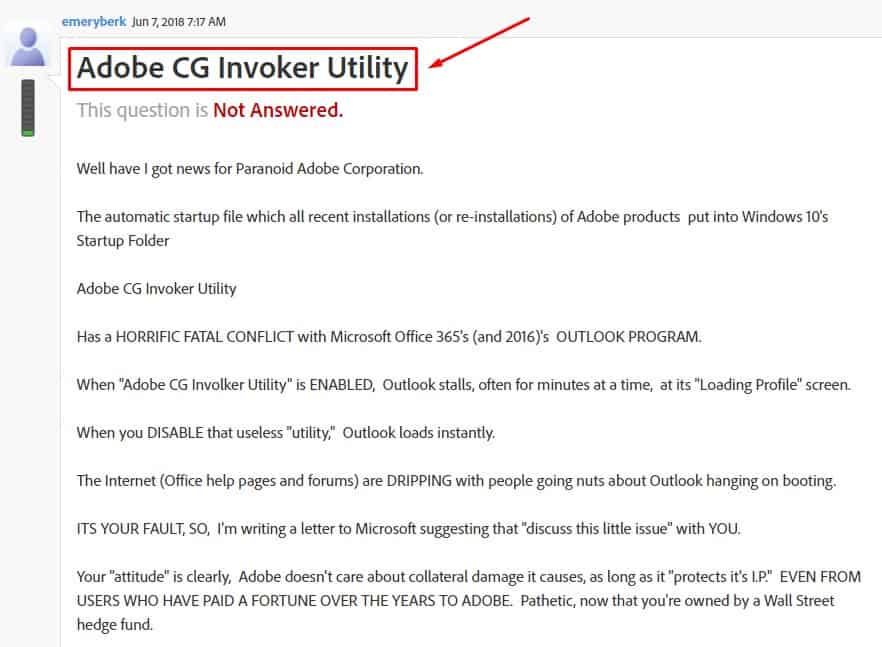 A commentator also observed that he deleted the Programs Files(x86)/Common Files/Adobe folder and thought that GC Invoker Utility would disappear. However, when that didn’t happen, he started looking for a solution. Other experienced computer users advised him to run CCleaner to scan the computer and delete all unnecessary files. He was happy to report that it finally got rid of GC Invoker Utility.

Another customer commented that Adobe needed to work on its uninstallers since they clearly weren’t doing their job. He shared that he had a Windows 10 laptop and that when he removed the Adobe software both AGC Invoker Utility and Creative Cloud File were still present after the uninstallation.  He also stated that Adobe bundles unnecessary software into its products, which had nothing to do with the program you had installed. Moreover, programs like AGC Invoker Utility usually spawn a lot of background processes, which might affect the performance of your device.

Another person said that he had an AdobeGC-Invoker task that was scheduled to start every day. He disabled it, but on the next day, it was active again. He also realized that it was slowing his system when he had to reboot. Unfortunately, he wasn’t very successful at finding a way to disable it permanently.

An individual also stated that thanks to GC Invoker Utility he was having issues upgrading his Microsoft Office suite. He was very disappointed at the lack of response from Adobe and their efforts in solving this problem.

Aside from the free scan programs, you can always opt for paid versions if they do not seem to work. There are other high rated paid versions of the same software which can range from varying prices depending on your budget.

Remember, executive files are essential for your computer to work. Be careful when contracting suspicious .exe files from a friend’s external storage devices, promotional emails or spams or even downloading random apps from untrusted sites.

Adobe uses the AGCInvokerUtility.exe as an anti-piracy file for its other programs. Again, it is not essential to Windows and you can always remove the file if it does not do anything for your computer. Always remember to constantly scan your PC system to make sure the overall security status is safe and stable.