Grand Theft Auto has been an immensely popular series for two decades now, and GTA 5 was no different, as it has become the most popular out of all the other games. However, it’s not perfect as really no game or console is, and as it was designed and coded by humans, there are bound to be some errors, like err_gfx_d3d_init.

This specific error has to do with an installation error. If you’ve gotten this error and want to learn how to fix it, this article has everything you need to know. 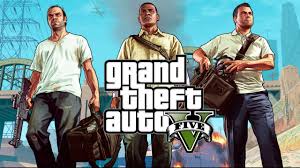 As you may have guessed from its title, GTA 5 (or V) is the 5th main entry in the extremely popular Grand Theft Auto series. Developed and published by Rockstar it is also the 12th total publication in this series, with some minor lesser known games included. The series first started in 1997, and since then it has sold over 235 million copies worldwide and has been noted for being graphically violent and has received its fair share of controversies. What makes these games so popular is the open world type of experience, where there are missions the user can complete, however, they can really do whatever they want during the game. This spontaneousness in these massively detailed maps leads to a lot of fun situations and entertaining gameplay.

GTA 5 is the most current release from this series and it did incredible with sales and reviews. It sold over 75 million copies, nearly tripling the next closest in the series and received reviews calling it the best game of the year. It is set in the fictional state of San Andreas, which is supposed to mirror southern California, around Los Angeles. The map is incredibly huge and detailed as you can find any landscape you want. Trailer parks, big cities, mountains; it has it all.

GTA 5 came out at a unique time for video games, which was around late 2013. I say unique because it was right around the time that the gaming industry was making the switch to the next-gen consoles; the Xbox One and the PS4. However, this version of GTA was originally released for the Xbox 360, PS3, and Microsoft Windows for all those PC gamers out there, as the new consoles hadn’t debuted yet. Therefore, it was rereleased for the next-gen consoles only a year later.

This is the first step for having success in fixing an error code, in my opinion. If you don’t understand exactly what the error is telling you or what it means, then you may have a hard time fixing it if the simple solutions don’t work.

From what I can tell, it appears that this error only occurs on the PC version of the game, so if you play on a console you shouldn’t be getting this problem. Above is a screenshot of what this error will display, as you can see that it says “Failed Installation. Please reboot and restart the game. Try reinstalling the game if possible.”

This error is actually one of the more complicated error out there, as there isn’t a strong consensus about exactly what causes it. It’s also a relatively new error, as the PC version of the games has only been out for less than two years, so it doesn’t even appear that Rockstar has figured out a way to fix it.

Whatever happened to cause this error, there is some problem with the file of the game which most likely happened for whatever reason when you initially downloaded the game. When this error appears, the game will crash and the problem is one that will persist until you do something to correct. Therefore, it’s imperative that you solve it as quickly as you can because it crashing in the middle of a game is a sure way to aggravate you quickly.

“The video game culture was an important thing to keep alive in the film because we’re in a new era right now. The idea that kids can play video games like Grand Theft Auto or any video game is amazing. The video games are one step before a whole other virtual universe.” – Vin Diesel

So from the last section, I went over what the error message will usually read, and within that message, it gives you two of the most helpful solutions! I like this fact because usually an error message will just pop-up with some big long number and letter code that you have no idea what it means. It’s like they are trying to confuse and frustrate the user on purpose. However, luckily GTA V on PC provides you with the most effective solution right within the code itself.

These are the exact same two steps as my article on How To Fix PS4 Error Code CE-34878-0, as it can be a very effective solution. In fact, you’ll see countless times in nearly every article that the first solution you should try is to restart or reboot whatever game or system you are on. (Here’s another example). It’s a great solution that works many times and is so simple that you should try it anyways.

However, what if those two solutions that I gave you don’t work? What are some other things that you can try to fix that error?

Solution #1 – Reinstall Direct X from within the GTA folder

This particular solution will be useful to those PC users who are running the game through DirectX, which has become a common place in the PC gaming world. If you have anything past Windows 7, you are most likely using DirectX, and it has become a core component of functionality for most games and entertainment sources. If you aren’t familiar with it at all and would like to learn more, I would strongly recommend reading this article, as it has most of the information you should need.

Just simply find the folder with all of your files related to GTA. Look for or search ‘DirectX’, and then from there, delete it and then reinstall it. It’s a quick fix and a solution that should work if the two I listed before this don’t. 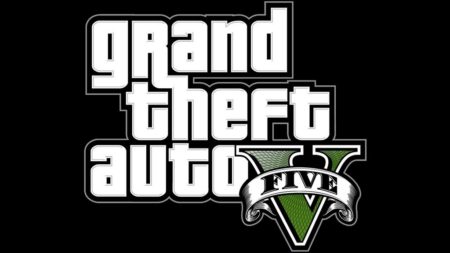 This step is really the final one for fixing most error codes, and it’s really your last option. You’ve already tried three solution techniques that are supposed to work, and by now, you may be getting a little frustrated and starting to run out of patience. It’s ok, I’ve been there and I completely understand where you are coming from. Unfortunately, this is really all you can do right now.

You must first remember where you downloaded the game from. If you got it straight from the Rockstar website, then you’ll need to call their customer support. Conversely, if you got it from Steam or any other gaming site, make sure you call there’s. Many times people will just call Rockstar assuming that they will be able to fix the issue because it is their game, however, the problem is usually within the game’s file, which is largely based off of the specific place where you got it from.

One quick thing that you need to do before contacting support is to check wherever you got the game if there is an update available. Many times these updates are specifically designed for people like you who are having issues with a particular function in the game. Once you’ve checked for updates and if the error still persists, then you can call customer support.

Once you call them, you’ll be able to tell them the three solutions that you’ve already done, so you won’t have to waste your time doing them over the phone with their instructions. Worst comes to worst, if they are even unable to provide you with assistance in fixing the error, they may give you a refund if you want. You’ll also be reporting on an error, so if enough people will do so the developer will start to take notice and hopefully try to patch the error up themselves.

Grand Theft Auto 5 is an extremely popular game that millions around the world have bought. In the last couple of years, it has also started to gain quite a bit of popularity with PC users. Due to this, a PC-specific error has occurred and it has to do with an installation problem.

Err_gfx_d3d_init, as it is called, is somewhat of a complicated error to correct. When the message is displayed, it actually gives you two possible solution techniques, and both sound great and usually work for most other games and devices. However, from reading Rockstar support forums, many people have been complaining that these simple solutions that the game provides aren’t actually that effective at all.

That’s why I decided to write this article. To not only clear up the confusion surrounding this particular error but also to give you some alternative solutions that should work in most cases.

This article has everything you’ll need to know as far as fixing the err_gfx_d3d_init for GTA 5 goes. By following the solutions I have given here, you should have your game up and run in no time. However, if you are still having issues with it or have any additional questions regarding this game or this error, don’t hesitate to leave a comment below, and we’ll get back to you as soon as possible.