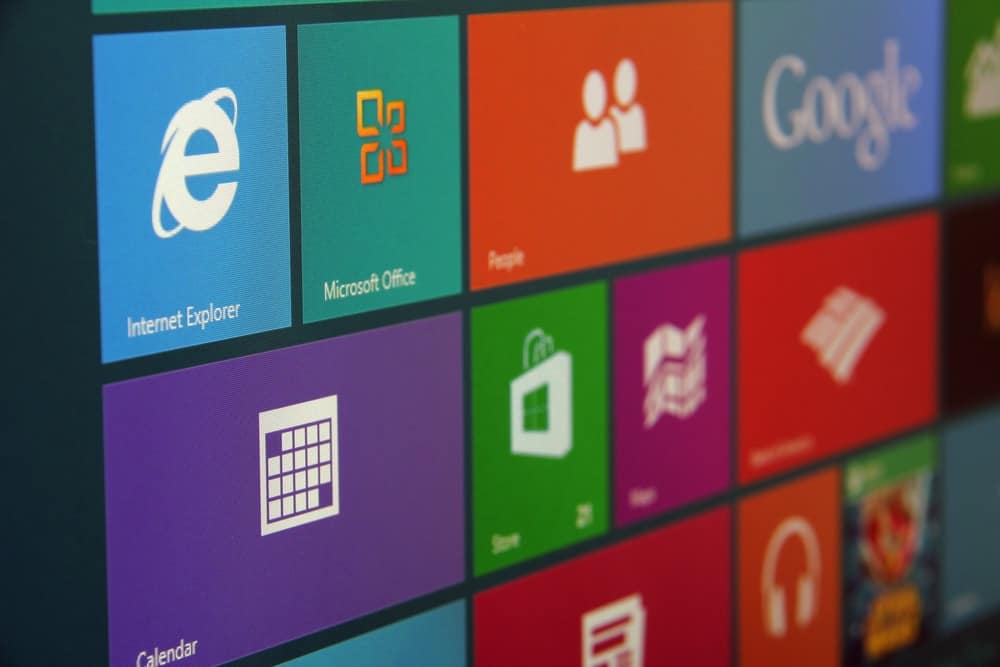 GWX.exe is a Windows-based executable file that is linked with the update program of Windows 10 Operating System (part of Windows update KB3035583).

GWX.exe is an advertising software from Microsoft for Windows 10 and features a white windows flag icon present in the notification area of the Taskbar.

It’s used to prompt Windows 7/8/8.1 users to upgrade to Windows 10. In most cases, it’s not dangerous- unless a clever virus is using it as cover.

The .exe extension of the GWX.exe file indicates that it is an executable file. As such, it is known that executable files might, in some typical cases, cause harm to your computer system.

If a Trojan virus or malware is masquerading as the GWX.exe file, that’s a different story. 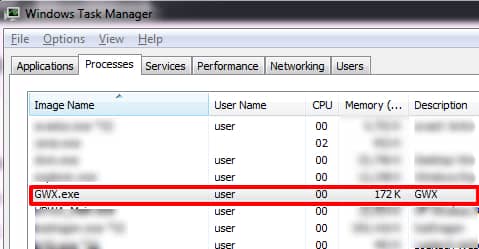 There are some known instances where malware and viruses intrude the normal functioning of the PC through freeware downloads along with other executable files. The GWX.exe file is generally located in the C:\Windows\System32\GWX\GWX.exe” folder.

Sometimes, its presence in your computer system might lead to major problems including the sluggish behavior of the PC, deletion of files, displaying error messages, software failure, and so more.

In case you are dealing with PC issues due to the presence of GWX.exe, you can consider eliminating the particular file from the PC altogether.

The video creator says that their tutorial will help you to will disable your Win7+ PC from automatically downloading Windows 10.

The tech vlogger says that in his process he renames the file, which voids all paths to it and prevents it from initiating. The registry files will be useless after the rename.

However, some users bickered in the comment section that this isn’t a real fix- that Windows will merely correct the fix and the process will resume running. Use at your own discretion!

A second tech vlogger advised taking ownership of the GWX folder, change the folder permissions, and then delete scheduled tasks:

If GWX.exe is genuine- it’s not a virus. The problem that can happen is that malicious files can masquerade as GWX.exe- basically a Trojan virus. This virus is known for entering the system using multiple deceptive techniques.

Some of the most common ways of the GWX.exe virus entering into the system include clicking on unauthorized links, installing suspicious programs or applications, visiting the sites which appear unsafe or unauthorized, and so more.

Therefore, it becomes vital to remove the GWX.exe error as soon as possible from your computer system.

How Does The GWX.exe Infection Work?

The GWX.exe infection functions by installing all the malicious executable files on the PC in a highly deceptive manner.

The infected files tend to copy the entire payloads in the respective folders of the Windows OS. At the same time, these files also alter the registers such that the file runs every time the PC is booted.

Once the file has made its way into the computer system, it can carry out a wide range of malicious tasks on your PC.

Though it is possible to eliminate the GWX.exe error from the infected computer system manually, it is still recommended to not do so for various reasons. It turns out to be a cumbersome and risky process. Most importantly, the GWX.exe file is related to the malicious Trojan virus and thus, these are highly tricky in disguising their presence.

If you are looking forward to fixing or removing the GWX.exe error files from your PC, here are some possible fixes:

You can try removing the GWX.exe error files manually by following these steps (Source):

Another fix to get rid of the GWX.exe error is to make use of an advanced automatic tool to achieve the same. Here are some steps:

How To Know If Your Computer Has A Virus

According to the Norton Antivirus blog, one of the first indications that you have a virus is that you are besieged with advertising pop-ups.

Once you start up your computer, you’ll find yourself confronting a slew of popups all at once.

This generally means that you or computer has been infected by a Trojan tracker or adware. These pop-up ads get the Packer money by directing traffic to different websites.

Frequently you can use your Control Panel’s uninstall feature to locate and remove the adware program that is causing this to happen.

Even more pernicious is when you get a virus infection. This frequently happens with email and social media sites. It might be that hackers have taken control of your account and now they are posting about weight loss or surgery- trying to push traffic to an affiliate partner.

If this happens to you, try changing the password. It’s the most obvious way you can regain control and remove the hacker from managing your email or social media accounts.

In that case, you’ll want to contact administrative support for your email provider or for the social media company so that they can restore you rightful access.

Another type of attack gets you locked out of your computer. When you try to boot it up, you’re met with a lock screen that demands money from you to let you back in.

This is called ransomware.

The Norton blog recommends trying to enter Windows Safe Mode and seeing if you can run an anti-virus program or trying to access System Restore so that you load your computer back to a previous Saved State.

Another indication that your computer has contracted d a virus is if it dramatically slows down, crashes and freezes.

Norton recommends running a comprehensive anti-virus scan and seeing if it can detect the offender.

The important part here, it wants to find the point of access that is being used to provide the virus entry to your system.

Often times this is too complex for everyday users to do themselves and they have to consult with more technically equipped computer experts.