When our computers are working properly, they’re entirely a boon to our productivity, but when they fail, they tend to make us feel dumber than a box of rocks. Running into an error code like, “Hard Drive Failure: 2000 0142” at least tells you that something is fishy in the hard drive of your computer, but it provides you with no diagnostic direction for fixing it. Thankfully, that’s what we’re here to do, today. If you’ve ever run into this particularly troublesome error on your new (or old) Dell computer, keep reading, because we’re going to show you the tried-and-true methods for resolving it.

After all, “hard drive failure” sounds like something irreparable and scary is happening to your PC. But before you ship it off somewhere to be repaired, there are definitely steps that you can take to figure out the true nature of this bothersome error code.

One might think that error codes in Windows PCs would be tied to the single, unifying feature between all of these different builds from different manufacturers — the fact that they’re all running Windows. And while the operating system does have its own set of error codes, manufacturers occasionally use their own, too. This is especially prevalent with companies like Dell, who occasionally use unique, proprietary hardware inside of computers. It helps them to better diagnose problems associated with that hardware. And that’s precisely what’s going on with error code 2000 0142. It’s unique to Dell computers, which helps to explain why there’s so little available help for people who experience this.

“Hard drive failure,” can mean that your hard drive is broken beyond repair, but it doesn’t necessarily have to. If you’ve ever peeked into the case of your PC, you’ve no doubt seen all of the connecting cables that attach various pieces of your computer to its motherboard. The same is true for hard drives, whether you’re using a desktop or laptop computer. If anything is out of place mechanically, it’s quite possible that if you fix those misalignments, you’ll effectively resolve the error code.

We’ll show you how, below, but before that, we should offer a brief disclaimer:

If you don’t feel comfortable with any of the steps that we recommend in our brief guide below, never hesitate to consult a computer repair professional. We’ll be sure to include all of the necessary precautions that you should take before fooling around inside of your computer, but if it sounds too intimidating for you, that’s okay! The Dell computers that this error code shows up on are usually backed up by strong warranties and customer service, so don’t be afraid to use them.

The only time that you’re likely to encounter the 2000 0142 error code is on a Dell computer. This isn’t necessarily because Dell manufactures its own component parts — for the most part, it doesn’t — but many of the “innards” in a Dell PC were made to the company’s specification. They’re all intended for particular models of computers, both laptop and desktop models, and that’s the reason that a specific error code can be limited to machines from a single manufacturer. 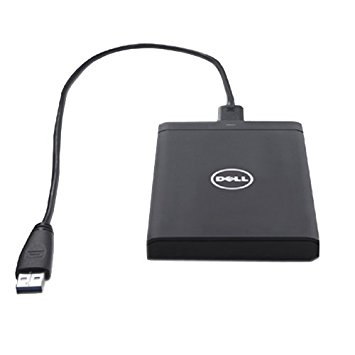 This error code isn’t necessarily a common one, but it’s important to realize that it’s associated with the Dell brand. It doesn’t necessarily help our diagnostic efforts, but it does let you know that it’s a perfectly good reason to contact the computer’s manufacturer if we can’t resolve the error on our own.

Additionally, we would like to point out that it doesn’t matter what make or model of hard drive you have installed in your computer. Since this error code isn’t prompted by the hard drive itself, you’re still going to get this message when a hard drive apparently “fails.”

One last bit of relevant information, before we get started: it’s important to know whether your computer is using an HDD (hard-disk drive) or SSD (solid-state drive.) In almost all circumstances, this error code is prompted when an HDD fails. This is due to the fact that HDDs have moving parts and electric motors. These mechanical parts are prone to failure for any number of reasons, but since they’re a relatively cheap form of storage media, they’re still used quite frequently for building inexpensive laptops.

“My brain is like a hard drive. Once you start adding new information, you start cutting off old information.” – Nathan Fillion

If you’ve received this error message on your Dell PC, it’s quite possible that your hard drive could have suffered irreparable damage. It’s an unfortunate circumstance, but in some cases, no amount of troubleshooting will help to resolve broken hardware. In which case, the only thing that you can do is either install a new hard drive yourself or submit your computer for repair. However, that doesn’t necessarily account for all cases, so we’re going to walk you through some of the possible reasons unrelated to hardware failure that you might be seeing this message. 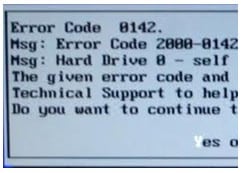 And as we stated in our disclaimer above, make sure that you’re careful if you pursue any of our solutions that involve opening your PC. If you ever need to handle the internal components of your computer, here are a few precautions that you’ll want to follow:

Always use the utmost caution when working with your computer’s internal hardware. And if you’re using a laptop, make sure that your computer’s warranty will not be voided by opening up the case.

Possible Causes for the Error Code

Here are a few of the varied reasons that you might be seeing this error message on your Dell computer:

Of course, there isn’t much we can do about the last one apart from outright replacing the hard drive, itself. But the other possible causes are all things that we can troubleshoot, and hopefully work around. The ultimate goal is to ensure that you don’t have to replace your hard drive, but if it has been physically damaged, that may be the only choice.

Below, we’ll walk through troubleshooting steps for resolving this issue. The step-by-step process is intended to resolve a majority of the problems above, thus ensuring that the hard drive can be fixed, or confirming that it needs to be replaced.

Once you’ve ensured that the hard drive is properly installed in your computer, we can perform a disk check. If your computer is able to boot to the Windows desktop, we can run a disk check from the Command Prompt. Once you’re in the Windows Command Prompt, enter chkdsk/r to begin running a check on your installed disk drives. Windows will also attempt to repair it, and if it’s successful, you’ll be good to go! If it’s unsuccessful, we can continue trying to resolve this from your computer’s boot menu.

When starting your computer up, hit F2 to enter the BIOS Setup Menu. Your installed hardware should be listed, here. If you don’t see your hard drive, use F12 to enter the Diagnostic menu. From here, you can attempt to detect and repair faulty hardware. If you prompt the same error code as before, however, it’s an almost certain sign that you’re looking at physical hard drive failure.

If you’ve confirmed that your hard drive has failed, you have a couple of different options. If your computer is still under warranty, we recommend that you contact the manufacturer or retailer responsible for selling it to you, and ask to have it repaired. If you no longer have a warranty on the machine, we recommend seeking out a local computer repair professional. It’s not difficult for someone skilled enough to set a new hard drive in place of the old one.

Though the 2000 0142 error code can sometimes alert you to a serious issue in the form of hard drive failure, that isn’t always the case. We hope that our above instructions have helped you to resolve the problem, to any end. However, if you still need more help with this issue, feel free to hit us up in the comments section of this article!