If you’re perplexed by the hkcmd.exe (Intel Hotkey command activator) process, buckle up because we’re going to deep-dive into this ‘mysterious’ Windows process.

According to our research, it is a genuine Windows process which you can normally find in your Task Manager.

When genuine, and not a masquerading virus, it can be found in the C:\Windows\System32\ folder.

Albeit harmless, there are instances where it can negatively affect your system and end up hogging all of your computer’s resources. 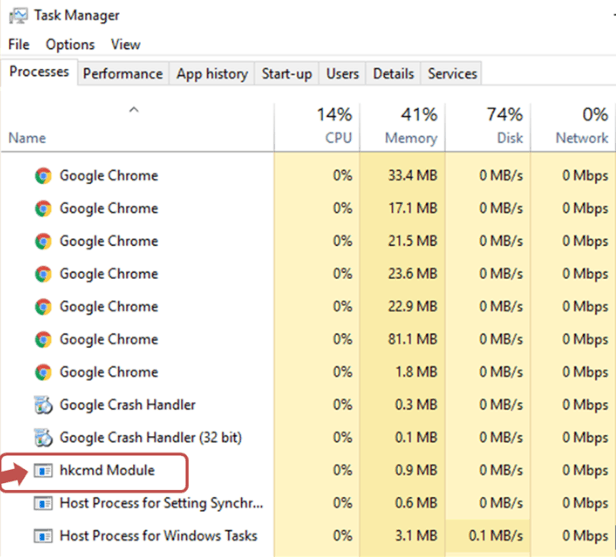 This is often the case if that said hkcmd is a virus or malware disguising itself as a legitimate system process.

Fortunately, if you encounter such issue, there are a few quick fixes you can follow to get rid of the problem. But before that, let’s first know what hkcmd is.

In Windows 7 and earlier versions, this process is the one responsible for the video-related hotkeys.

It can normally be found within the folder mentioned above. However, if you find it somewhere else, it can be an indicator that it’s a virus and should be removed immediately.

According to Neuber, the majority of people say it’s harmless: 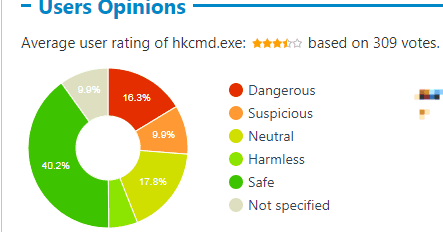 Keep in mind that the genuine file shouldn’t be uninstalled. Instead, you can disable the hotkeys via a section in the Intel Graphics Control window.

Also, keep in mind that this process is only exclusive to Windows 7 and previous versions, as the later versions of the OS currently use lgfxhk.exe.

Common symptoms of an hkcmd.exe infection

How to fix hkcmd.exe errors

If your computer has a malicious hkcmd.exe file, it can be alarming as it can significantly affect its performance. Fortunately, it’s not that hard to fix this problem. Here are some of the easiest methods you can use:

A fix that’s recommended by Appuals includes the removal of the hkcmd.exe process from your Task Manager. As mentioned earlier, it’s not advised to uninstall it as it can break your Intel Common User Interface.

What you can do, instead, is to prevent it from showing up during startup by disabling it from the Intel Extreme Graphics interface. Here’s how:

You can also uninstall the process together with its parent application if you choose.

Doing so involves removing the Intel Graphics Media Accelerator which can be done in a few steps:

Once you’re done, the hkcmd.exe process should no longer be present in your Task Manager, unless it’s a virus or malware in disguise.

This second fix is almost similar to the first one except that you’ll have to reinstall your Intel Graphics drivers on your computer.

In case you didn’t know, these are the ones that use the hkcmd.exe file. By doing this, you can resolve the issue related to hkcmd.exe on your PC. The steps are as follows:

This method will remove your graphics driver and sometimes distort your monitor. However, restarting will allow Windows to update the driver automatically. In this case, it will refresh the hkcmd.exe file, hence allowing your system to regain its smooth performance.

Another fix is to conduct a scan on your system for any malware.

One of the most common issues with executable files is that they can easily get infected with malware and viruses. In the event they manage to get into your system, they will cause a lot of problems such as stealing vital information, affecting your computer’s performance, and more.

In most cases, they can cause fatal errors which could prevent a system from working.

To do a full scan, simply use an antivirus to detect the presence of a hkcmd.exe virus/malware posing as a genuine system process. There are various tools available such as SpyHunter and Malwarebytes to help you.

You can also run the System File Checker, a Windows utility which has the ability to scan for any missing or corrupted files in your system and replace them with the original.

We examined some popular forums to get a sense of what users are saying about this Intel Graphics Hot Key Control Module. The majority of themes related to startup processes, bad image issues, persistence modules, and its relationship with igfxpers.

Over on Neuber.com, they define this Intel software as a graphics hotkey interceptor that can be accessed within your computer’s Control Panel under Intel Extreme Graphics.

One user recommended getting rid of it if you don’t use keyboard shortcuts.

However, another user was more suspicious about it potentially being a trojan virus or malware- possibly harvesting your keyboard keystrokes and complaining that information. Another person was suspicious because he said that Regedit, tasklist, HijackThis couldn’t be opened up while this particular process with running.

Another user had a strange error – their mouse pointer would move sporadically, freeze up and even disappear on account of this process.

Another computer owner said that on his Windows operating system he wasn’t able to use specific Control-Alt keyboard commands until he had removed it.

Over in the Microsoft support community, one person posted speculating that it was a virus on his Windows 10 operating system.

Bleeping computer says that it is a valid program and it is up to your discretion whether you want to remove it or even run it at startup. They go on to explain that it is installed by the Intel 810 and 815 chipset graphic drivers.

Another computer user posted to Reddit’s tech support community saying that they were receiving the following error code: “C:\Windows\System32\igfxress.dll is either not designed to run on Windows or it contains an error. Try installing the program again.”

Unfortunately, no one responded to his support request – so this error issue is currently unresolved.

Dealing with a problematic hkcmd.exe process can be done quickly and easily using the said fixes. However, in the event none of the above works, your last option should be to install a clean copy of your preferred Windows version.