It’s an inevitable result of our reliance on electronics — if we want to run powerful hardware, we need to find better and more efficient ways of keeping that hardware cool.

When a CPU fan error strikes upon booting up your computer, we’ve got a few accessible tips and tricks that will show you how to get things back in working order. No matter how powerful of a rig you’re operating — desktop or laptop, it doesn’t matter — it’s extremely important that your computer’s fan not only works properly but be operating in line with your recorded CPU cycles.

You can see a bunch of users over on Twitter experiencing this hardware malfunction:

Having to configure hardware like this might seem somewhat intimidating, but as long as you’re willing to follow us to your computer’s BIOS settings, we can manually configure your fan settings. Read on, to find out how!

The following video fixed the problem for a lot of people:

One YouTube user commented that he thinks a lot of people are just plugging their air cooler into the wrong place. If you look carefully at your mobo, you may see CPU_OPT, CPU_FAN, CPU_AIO. Make sure you have your fan plugged into the correct slot. For air cooling, it would be the CPU_FAN one.

Almost every single computer has some board of onboard cooling hardware. Laptop, desktop, even some of the rare, more powerful tablets have fans built into them, to help with the heat that’s produced by active electronics. If the machine you’re looking at doesn’t have any built-in cooling, then you can trust that it’s not powerful enough to require it. Not hearing a fan spin up in your iPad? That’s because it’s an underpowered device compared to your average laptop or desktop computer, and the same goes for your smartphone.

any tech gurus wanna help me out, I get CPU Fan error on boot and temp rises to 80+… CPU cooler is a h100i v2. pic.twitter.com/rZll1P8YbO

Nevertheless, your can is critical to the continued functioning of your computer. Encountering CPU fan errors when you boot up your machine is never good news.

You’re probably familiar with the most talked-up pieces of hardware inside of your computer tower. The CPU, motherboard, hard drive, RAM, or GPU. They all play critical roles, of course, but operating in the background of all that hardware is your CPU cooler. Given that your CPU is the beating heart of your PC, you might imagine that the fan responsible for keeping it cool is sort of critical to your computer’s operation.

A thinner profile doesn’t mean that your computer is going to be absent a complex cooling system. In fact, the build of most laptop computers means that cooling is going to be even more important. Trapped heat will wreak all kinds of havoc on your electronics, and the skinny chassis of most laptop computers means that heat has more opportunity to damage your hardware. 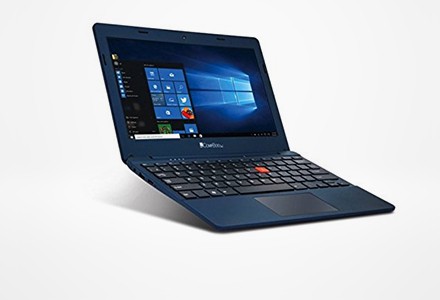 Which is not what anyone wants, of course. Thankfully, the same exact problem-solving steps that we use for desktop computers are going to work for your laptop, too. You might not have as much modular control over what type of cooling system goes into your computer — that’s going to be dependant on your manufacturer — but the method of repair is going to be relatively the same.

This particular error isn’t exactly uncommon, and it’s almost uniquely relegated to the fan that you’ve installed to cool your CPU. Your computer’s case might have separate fans installed, and if you have a dedicated GPU it almost certainly has attached fans; the one that’s going to give you a BIOS error is the separate piece of hardware that you (or the manufacturer) have chosen to keep that baby chilly.

We’re less concerned with the reason it’s happening than the method we’ll use to fix it. Don’t worry, however — we’ll talk about both. A remedy is going to precede a diagnosis.

Disclaimer: It’s important to know, up front, that you’re going to have to access your PC’s BIOS settings if you want to resolve this. If you’re not comfortable delving into that, the best solution might be to visit a local PC repair technician, instead of going the DIY route. As long as you’re comfy with the concept, though, we can get started!

Below, we’re going to go through a few necessary steps to get your CPU fan working. We’ll start with the easiest solutions first, and then proceed to those that will require some disassembly of your computer’s case. Remember that if you do not feel comfortable working with your computer’s internal hardware, it might be best to consult a repair professional.

The average CPU temperature that you should be shooting for is going to depend on quite a few different factors. The ambient temperature where you’ve stored your computer is going to be a factor as if the type of work that you’re asking your computer to do. For example — a machine meant purely for office productivity isn’t going to be as much of a heat monster as the gaming machine with its dedicated CPU. However, the “idle temperatures” that you should be aiming for are anywhere between 32 and 40 Celsius degrees.

We’re going to look at your computer’s hardware, first, and then take a look at some of the software fixes you can employ to get your fan working properly. Usually, this error pops up when your computer boots up. The message, “CPU Fan Error” or “Error: CPU Fan Has Failed!” usually pops up under these circumstances. As long as your BIOS is properly configured, this error will cause your computer to automatically shut down unless specifically prompted to continue operating.

To make sure that your computer’s fan is spinning correctly, you’re going to have to access the inside of the case. For most desktop computers, this is a simple task. Laptop owners should usually be dissuaded from this; many laptop models will automatically have a voided warranty if the case is opened by anyone other than a repair source chosen by the manufacturer.

Therefore, the step is probably for desktop owners, only. Though, if you own a laptop without warranty and are comfortable working with smaller parts, go right ahead!

With us so far? Good. If the mechanical functions of your fan are up to par, and it’s connected to your motherboard, we can keep working through our troubleshooting steps.

"ERROR: System Fan Has Failed!
Service PC to prevent damage to the system.
Press <F2> to continue"
Naturally, there has to be a capacitor right next to the 3-pin header for the system fan, but of course that doesn't stop me from connecting a CPU fan 🤔. pic.twitter.com/xBEKIQdk95

As long as you’re running a recent version of Windows (version 7 or newer) you can hit F10 upon booting up your computer to open the BIOS setup utility. Here, you can reconfigure most of your computer’s hardware functions, including your CPU fan. In addition to diagnosing it, we can also modify the speed at which the fan spins.

As long as there isn’t a physical obstruction in your fan or a specific hardware error, this should allow you to debug the CPU fan and get past the error. However, you likely also saw an option in the BIOS Setup Utility for adjusting your fan speed. If your fan is now spinning (double check!) but you’re still getting the error, try adjusting the RPMs to a value between 300 and 600.

If the error persists past these attempts to fix it, you may have to replace the CPU fan inside of your computer. A persistent CPU fan error that shows up every time you boot up your computer is definitely a sign that something is wrong, and being that the temperature regulation of your CPU is critical to your computer’s performance, it’s worth looking into immediately. Hopefully, the steps above have shown you how to fix this problem. If you’re still struggling, toss us your questions in the comments below!