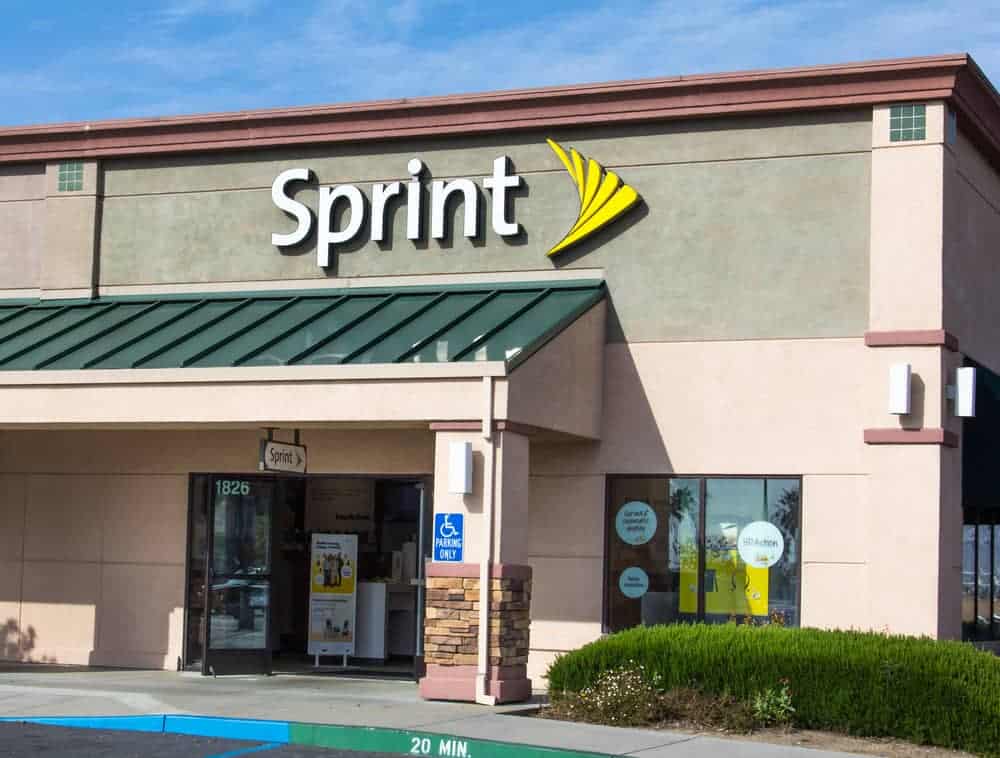 If you own a Sprint phone, then you might have already known that it’s locked only to the carrier’s network. Therefore, if you want to use it in a different country or network, you’ll have to unlock it first.

Although the process of unlocking phones has been quite a challenge, it’s really easy to achieve with the help of the Sprint company. You can either buy an unlock code or simply request it for free from Sprint itself. However, you have to meet the eligibility requirements first.

In this article, we’re going to talk about certain unlocking scenarios as well as a few steps on how you can unlock your Sprint phone.

What Does It Mean For A Sprint Phone To Be “locked” Or unlocked”?

Before trying to unlock your Sprint phone, make sure to put the following things into consideration:

Only after you have done the things above can you unlock your Sprint device. Also, take note that Sprint actually allows and considers unlocking devices given that you’re out on an international travel even if your phone is only half paid.

Video Guide: How To Unlock a Phone – Network & Sim Unlock – ANY gsm carrier!

Basically, there are two scenarios for unlocking a Sprint device:

This means that the SIM slot cannot be unlocked and be utilized with other networks inside the USA. Even if it is successfully unlocked, the Sprint SIM unlock-capable phone can’t completely work on another network. An unlock Sprint phone that’s available for use in another network is under that network’s policies and network compatibilities.

@sprintcare Quick question. Pd my Sprint phone in full and I want to sell it. Can this be phone be used in Mexico with local carriers there? Thanks.

Checklist For Unlocking A Sprint Phone

Make sure that your device has the following characteristics in order to unlock it successfully:

Not that you know that a Sprint phone can not only be unlocked but can also be used in another network given that Sprint allows it, the second thing you should do is ensure a few things about your device.

ALSO READ:  3 Ways To Boot An Asus From USB Or CD [SOLVED]

First, and perhaps the most important thing to consider when unlocking your phone, is that it must not be stolen from someone else. If the law has been informed about the device being stolen, or used on any illegal or terrorist activity, no matter how you try, it will not be eligible for unlocking.

How To Unlock An iPhone From Sprint To Any Carrier

Remember that one of the checklists that allow a Sprint phone unlock is to have it fully paid with no other fees and bills to pay for. There should be no other bills left to be paid.

Will Sprint Send A Notification If Your Phone Is Eligible To Be Unlocked Or Is Already Unlocked?

For those who are postpaid customers who availed of a SIM unlocked-capable device, Sprint already decided to unlock active SIM unlock-capable devices without the need for the customer to file a request. This means that once you have met all the requirements written in the Unlocked Policy, Sprint will automatically unlock your device.

For those who purchased devices that are not SIM unlocked-capable, Sprint will, therefore, send a notification when the customers reached the stage to become eligible of receiving an MSL unlock code, given that there is an existing MSL code entirely for their device. 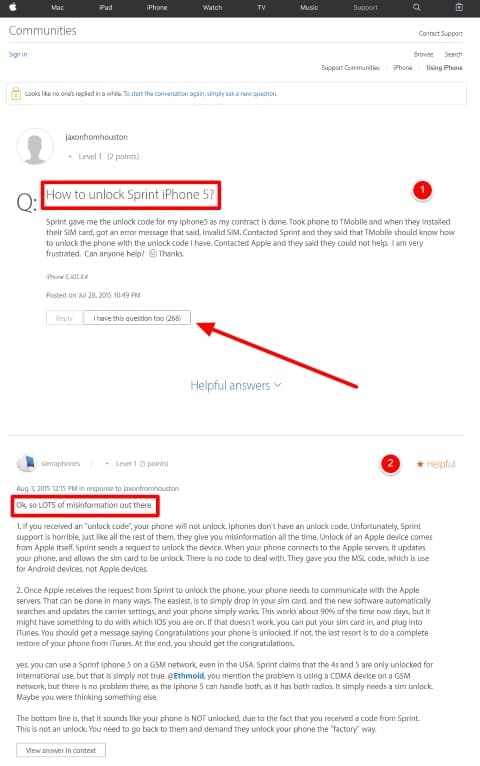 A person said that he had problems with his Lumia 635 because it was locked to Sprint and he didn’t have any ideas how to unlock a Sprint phone (WhyTheLuckyStiff).

Another individual said that unlocking a Sprint phone was a frustrating experience and that he didn’t expect it to be so challenging to unlock the device when he purchased the new phone of the Internet.

A phone user explains that if you want to unlock your Sprint device and use other SIM cards, you must first check if you meet the conditions for unlocking the phone. One of the most important requirements is that the phone’s balance must be paid off entirely and that it shouldn’t have any unpaid fees left like early termination ones, for example. 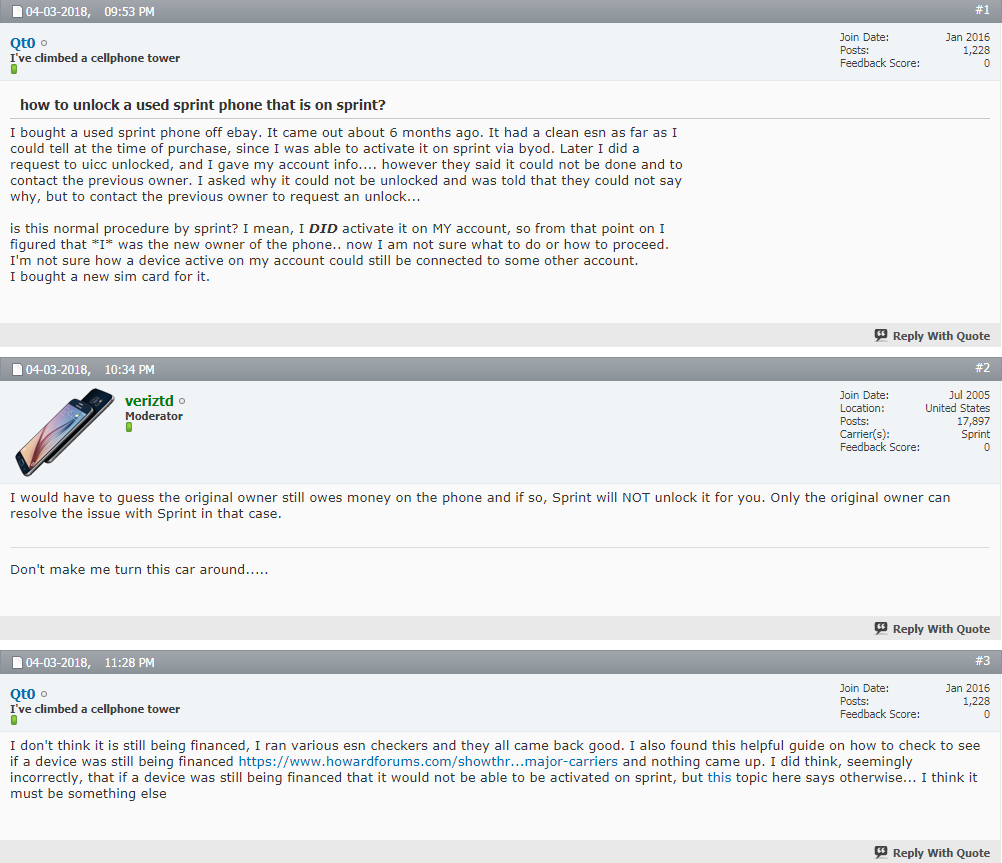 A forum poster observes that not all phones are SIM unlockable and that you have to check if your phone is on the list of devices eligible for domestic or international unlocking.

ALSO READ:  What is Codemeter? | Plus 6 Fixes For Common Errors

One more person also complained that he couldn’t unlock his iPhone 5 and that he got a lot of contradicting information from Apple and Sprint. After consulting several tech forums, they explained to him that iPhone 5 might be possible to unlock for domestic use, but Sprint should request Apple to unlock the SIM card and that the unlocking should be done through the Apple servers.

Another forum member stated that he had problems with his newly purchased Nokia because he couldn’t activate the new SIM card.

Another individual stated that to unlock a Sprint phone you have to know the original owner’s full name and the account number attached to the device. He also warned that you need the previous owner’s password or the last four digits of his social security number to unlock the phone. Otherwise, Sprint support might not be able to help you unlock the device.

A phone owner stated that he wanted to change his carrier from Sprint to Verizon. However, he found it the hard way that not all devices were compatible with the Verizon service. It was a huge surprise to him that his phone wasn’t compatible and that he had to switch back to Sprint. He advised that you check the IMEI first before you go to all the trouble of unlocking the phone.

There are actually a number of former Sprint users who found it hard to use the device on other carrier’s network aside from Sprint. Just like Verizon, Sprint is a CDMA carrier, but despite having the same technology applied, not all of Sprint’s devices are compatible with the latter’s service. This proves the speculations that Sprint devices are really hard to use with other carriers.

You can use a Sprint phone on T-Mobile or the AT&T’s GSM networks, but this is only available for an LTE-available device or an iPhone. However, you may likely encounter problems like not being able to use most of your phone’s features.

In summary, successfully unlocking your Sprint device depends on what type of device you actually had.