If you are a new HP laptop or desktop user, then you might be unfamiliar with the HP Accelerometer utility.

Some people do not know the purpose of this strangely named process, so they tend to delete it from the system.

This is a common mistake.

What they do not know is that HP accelerometer does provide some useful functionalities.

What is HP Accelerometer?

HP accelerometer or HP 3D DriveGuard is a built-in driver for HP devices that detects any motion as an add-on protection for your device’s Hard Disk Drive (HDD).

When the accelerometer detects any high-speed movement or any shocks, it stops and parks the HDD and disengages the read head of the drive. 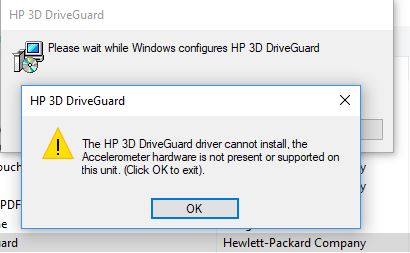 Without the help of the accelerometer, the HDD may not park correctly and may damage the drive, eventually causing a problem with your stored data.

Accelerometer.sys file is not an important Windows process, so you can disable it if it creates problems.

However, you may need the drive itself to alert you when there are major wear and tear and prevent any major damage to data.

Also, you have to make sure that the system file does not carry a virus that will affect the rest of the drive.

Some of the major problems you may encounter with HP accelerometer are an outdated driver and a corrupted file.

Errors with HP accelerometer may be frustrating, but it is only a small problem and can be easily fixed. You only have to follow a few simple steps.

There are different ways in which you can fix the HP accelerometer error.

In this video, the vlogger demonstrates how to fix the error “HP Accelerometer Doesn’t Work With This Version Of Windows”.

The first thing to do in fixing an error with your HP laptop accelerometer is to check for updates. This solution is applicable to both Windows 8 and 10.

If your system is already updated and the error still exists, a user in Microsoft Community suggests that you try updating your device’s drivers.

If updating the driver does not fix the HP Accelerometer error in Windows 10, you can try this solution posted in the HP Support Forum:

If reinstallation of the corrupted driver does not fix the HP Accelerometer error, you can try this solution by Reinstallation of 3D DriveGuard. TechnoResult suggests a fix only applicable to HP laptops. Try the steps below: 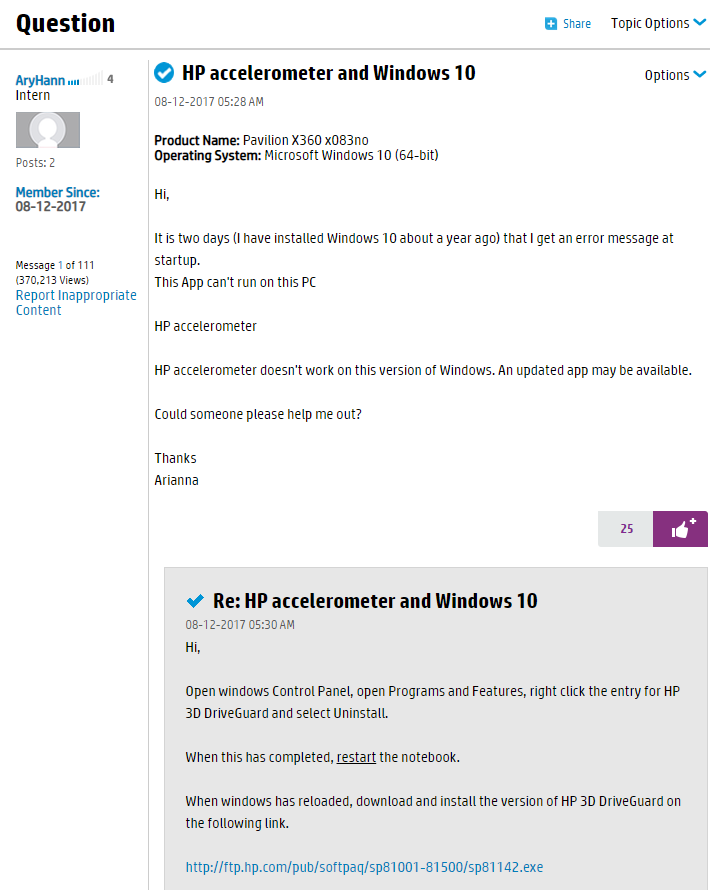 Whenever he booted up his personal computer he was receiving the following error message: This App Can’t Run On This PC.

HP Accelerometer doesn’t work on this version of Windows. An updated app may be available. One support professional responded by saying that all you have to do is open up Windows control panel, open up programs and Features, then right-click the entry for Hewlett-Packard 3D Driveguard and then uninstall it.

After Windows has reloaded itself, he suggested going to this link to download the most up-to-date version of HP 3D DriveGuard. Another user had a problem with this .exe file, saying that he was implementing it until he received the following error message:

“The Windows Installer Service could not be accessed. The can occur if the Win Installer is not correctly installed.” 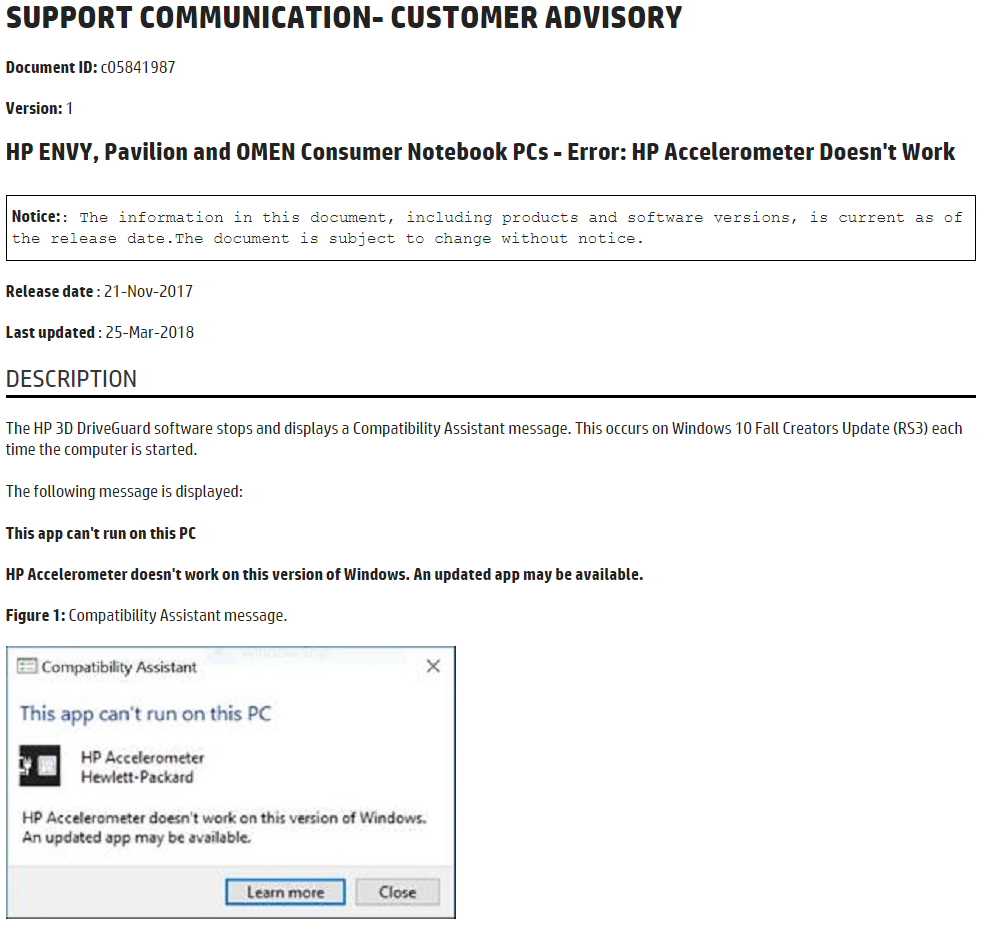 Over in Reddit, inside of the PC Master Race subreddit, one user who had just recently purchased a new Hewlett-Packard laptop was trying to figure out what bloatware he could safely remove without impairing his operating system.

The list of programs he identified including a variety of Hewlett-Packard software products, including the Accelerometer program in the system tray as well as:

The top response came from a user who suggested installing a clean copy of windows. You said that even if you specifically uninstalled all of the different bloatware items the original poster had identified, it still won’t remove all traces of it. He says that doing a clean reinstall of Windows only takes 20 minutes, it will load up all the drivers that it actually requires, wow urging all of the bloatware junk that HP had installed.

Over at File.Net, they described it as a peripheral Hardware device for EliteBook and ProBook HP computers designed to guard the hard drive if you drop it. In a nutshell, they say that it’s engineered as a safety mechanism for hard drives protecting them against refuse and the occasional accident.

The Microsoft.com Answers section of their website received a question from a user about the process, saying that it generates a fault during the Windows 10 startup process. A user responded saying that this software component was actually named after the three access digital accelerometer that functions as a motion sensor helping the computer system to be aware of sharp movements. If it detects abusive jostling, for example, it will automatically park the hard drive to help prevent damage.

The Ostoto website listed out a pair of methods for downloading and updating the HP Accelerometer Driver.

They explain that Windows 10 has been inundated with errors and issues related to at, particularly if it is corrupted, missing or outdated. Their first fix is to update the driver using your computer’s Device Manager.

Their second fix is updating using Driver Talent, which they say will automatically perform the update matter of seconds.

If the above-mentioned methods still do not work, go to the nearest HP service center to have your device checked.

Reporting the errors would not only help you solve the problem but will also help the developers and creators of the product to innovate their system. If you cannot go to the nearest service center immediately, do not try to check it out by yourself as you may void the warranty.