It could indicate a malware attack as the AVG or Avast software comes up with the message:

“One of your programs is behaving strangely, which could be a sign of Malware. Path: C:\Windows\System\cmd.exe; Infection: IDP.Generic.” 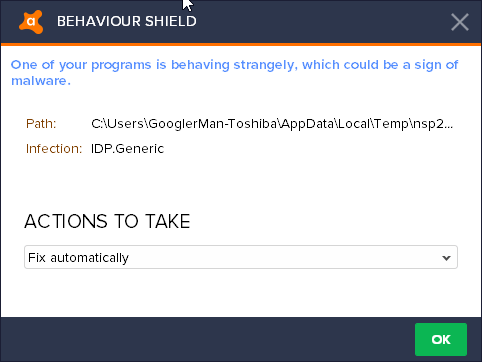 Some of the individuals also come across this infection while using the Avast Antivirus software.

Generally, IDP Generic infection implies that the infection has been detected by some form of Identity Protection detection component.

It usually represents a generic file that has been detected. This could represent a false positive as well that could have happened due to some outdated definitions. Mostly, such errors or infections could be easily corrected with some preventive measures.

In this article, we will mention some possible fixes to correct the error “IDP.Generic”.

How To Fix & Clear The “IDP.Generic” Alert?

The “IDP.Generic” is a well-known issue in programs like AVG & Avast Antivirus software. The simplest way to fix the same is by updating your AVG or Avast antivirus software to the latest version. You can do so by:

If the problem persists, you can discontinue using the AVG software or the particular antivirus program that has been causing the problem.

Most likely, IDP.Generic could also imply a false positive in several conditions. Some individuals had VirusTotal software analyze the problem by scanning all of the associated HashCheck’s files, but none of the AVG software flagged the issues –not even the Avast antivirus software.

Another fix is to install & use the software named “VirusTotal” –a software service that helps in analyzing suspicious URLs & files. The software service VirusTotal also facilitates the quicker detection of viruses, Trojans, worms, and all different kinds of malware programs that are detected by the antivirus engines. 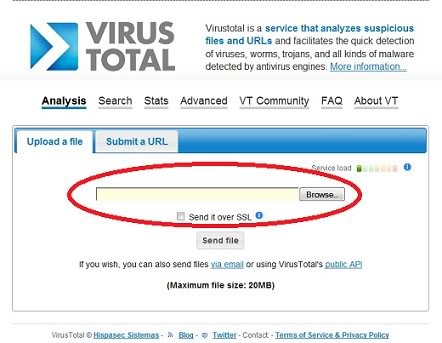 Once you have installed the software “VirusTotal” on your system, here are some steps to follow:

Note: If you receive a message claiming that the files has already been submitted, then you can click on the option “Reanalyze”

One of the major reasons for the issue “IDP.Generic” could be that Java in your computer system is out of date.

Older versions usually tend to have vulnerabilities that malware programs or software infections could make use of to infect the overall system. Therefore, it is recommended that you must follow the steps below to remove & update the older version of Java components:

For additional protection, you can consider installing “Malwarebytes Anti Malware” software –an on-demand scanner that will check your entire system for the presence of any malware programs. You can update it weekly and perform a “Quick Scan”. Buy its license to enjoy the benefits of additional features offered by this program.

How Malware And Viruses Work

Many people don’t understand that whenever they use their computer for exploring the internet or checking their email – that there is a lot more happening in the background. There are a great deal of concealed applications that for the most part will never be seen.

Bringing up a list of these applications shows unfamiliar names. They come and go when needed, and there can be a great deal running at any time. Some execute simple tasks deep in the personal computer’s operating-system, invisible from view.

Others are complicated and noticeable- programs we see running on our screens. Each of them exists together, sharing the device’s memory and continuously making contact with each other, like an electronic digital ecosystem.

Hackers or attackers take advantage while all these hidden applications are on your laptop or computer by concealing their malicious software, also known as malware in and amongst them, so you do not even notice. The very first challenge for an attacker is to get the adware and spyware placed on the victim’s

personal computer. A widespread tactic is to trick end users into doing it themselves. One of the ways online hackers are capable of doing this is by merely sending you an email with a legitimate document inside, although the document doesn’t look suspicious, it really includes malicious computer code.

In the video, they act out how this happens. Liam plays the part of the victim- so very first thing in the morning, he’s going to log into his email and check for anything new.

So he’s received an email about open enrollment from his health insurance provider and even though he doesn’t know who the sender is he’s going to open this attachment up, downloading and opening the booby-trapped document. It produces an error message, but what the target does not comprehend is that simply clicking it also invisibly loads malware onto the computer system.

Once his victim opens up that document, that secret computer system program code inside has begun to run on his computer without him even realizing it, and it is linked back to his computer to a software that the hacker is running. Stealthy programs such as this permit a devastating behind the lines invasion in which the attacker can spy or disturb at will.

For example, he can even take screenshots of his computer system and observe all of his keystrokes by means of something called a keylogger. They demonstrate how they can view the victim logging into his email- and they can actually get his username and his password by key-logging it.

Additionally, they can also get video by activating the webcam, and can actually see exactly what their prey looks like all without having him know. Watch the full video to learn how to protect yourself!