A few years ago, Microsoft rolled out some updates on Windows 7 which negatively affected the update speed on any Windows 7 system.

Specifically, the issue was about the long update times which often took hours, even forever, for some users.

A lot of users already tried a few methods to solve the issue like stopping and resuming the Windows Update service, restarting their computer, and even conducting a system file check.

If you’ve experienced the same issue on your Windows 7 computer, you can easily resolve it by installing the KB3138612 update.

The problem is, this particular update came with a bug which only makes matters worse on affected systems.

It’s a patch which aimed to solve the really slow update time in Windows 7. It’s basically the replacement for the KB3135445 update that also brought forth some fresh improvements.

However, Microsoft didn’t exactly specify what changes were made, even in its Knowledge Base article. 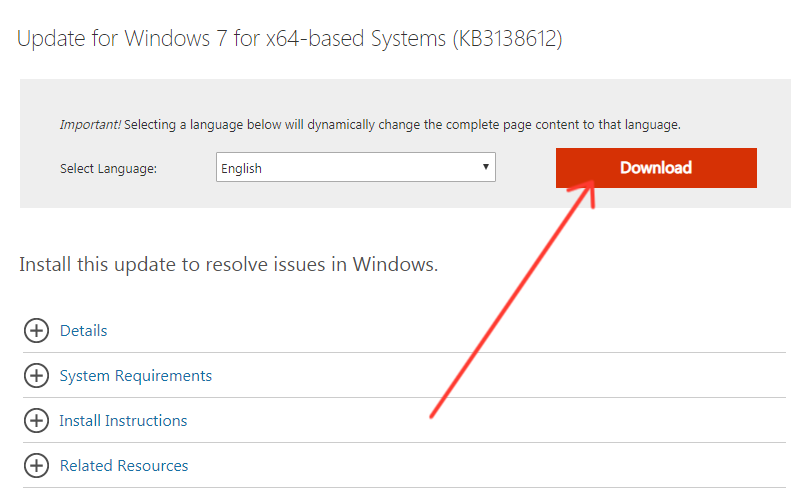 The update also contains a few improvements to the Windows Update Client in both Windows Server 2008 R2 SP1 and Windows 7 SP1.

Before you can get this update, however, you have to install the Service Pack 1 for either Windows Server 2008 R2 or Windows 7.

How to Fix Slow Update Times on Windows 7

If you’re suffering from a really long update time on your Windows 7 computer, then the following fixes can help solve your issue.

Before you proceed to download the patches, you have to check them first if they are already present in your system. Here’s a simple step which is given by TCI Technologies:

A staff from the Malwarebytes forum offered a fix for slow update times on Windows 7 by installing two updates on your computer manually.

While the KB3138612 can solve issues related to long update times, the problem is that Microsoft didn’t exactly specify what problems it fixes and what new improvements it offers. Due to this undisclosed “improvements”, a lot of Windows users were hesitant to trust Microsoft.

Lots of them believe that this is Microsoft’s move to coerce their users to upgrade to Windows 10. However, due to Windows 10’s buggy nature back then, people weren’t willing to make a switch.

If you’re one of them, you can choose to hide the KB3138612 patch and not install it or uninstall it if it’s already installed. To prevent encountering issues due to buggy patches, Information Week suggests removing patches you don’t need. This can be done to the KB3138612 update if you’re afraid of the possibility of Microsoft collecting information from your system via this patch.

Here’s how to do it:

Most of the time, however, Windows will automatically reinstall the patch which you’ve just removed. To stop that from happening, you have to disable Automatic Updates.

Due to the KB3138612 patch’s somewhat fishy nature, we can only speculate that it’s one of the updates that allow telemetry or one in preparation for an upgrade to Windows 10. We’ve already mentioned how to prevent your computer from automatically upgrading to Windows 10, so let’s talk about how you can disable telemetry this time.

A community user by the username of Phoenix suggests the following fix for disabling telemetry:

Considering that there are lots of updates you want to remove if you don’t want to upgrade, you can use a script that’s created by user Ethrem. Here’s how:

An individual explains that kb3138612 is an update for Windows provided by Microsoft to fix some security and non-security issues.

It’s not a virus or malicious, and you will have to restart your device after it finishes the installing process. However, he thinks that there is not enough information what the update involves and he is worried that it might affect some of his non-Microsoft programs.

A person comments that KB3138612 replaces KB3135445 and that it’s an important one for your operating system. He adds that you can install it from the official Microsoft support page because otherwise, you might download something malicious. You just need to choose the right system – 64 or 84-bit.

A forum user stated that he used Windows 7 on his laptop and didn’t want to upgrade to the new Windows 10 because he felt that it had too many bugs and didn’t function as well as previous versions. He wanted to know if the kb3138612 update was related to the installing of Windows 10 so that he could skip it for the moment.

One more user was worried about the purpose of the kb3138612 update and was wondering whether it was related to Windows 10. He read the description which stated that it was a fix to some bugs on Windows Update Client, but still, he was unsure whether to install it or not.

Another forum member shared that he installed the KB3138612 and that he had no problems afterward. He mentions that it’s labeled an important update and that if you do not install it, you might run into issues later.

On the other hand, another forum member reports that Microsoft changed the description of the KB3138612 update. It states that the update includes support for the Windows 10, which is a red flag for him. He doesn’t recommend that you install KB3138612 if you have worries about the integrity of Windows 10. He will install only updates related to potential security breaches and will ignore the rest. The user also shares that he doesn’t trust Microsoft anymore because he isn’t sure how much of his date they are collecting.

A person observes that the size of the KB3138612 is approximately 2.5 MB and that it’s an update only for Windows 7. He warns that if you’re getting it recently, there might be something wrong with your Windows Update and your system might be vulnerable to hacker attacks. He explains that even if you’ve just installed your Windows 7, you shouldn’t be getting this update because probably there is a new update available.

Another computer owner complained that he had issues with his Windows 7 update and that he couldn’t finish installing KB3138612. He tried to do it at least four times without any result. Finally, he contacted Microsoft support, who advised them to run the Windows Update Troubleshooter. Fortunately, this resolved his problem, and he was able to finish the installation of the KB3138612. Since then, he hadn’t had issues with his update.

An individual comments that you can opt for “Never check for updates” if you don’t want to receive updates for your laptop or don’t want to install ones such as KB3138612. However, he doesn’t recommend it because the updates are important for fixing security breaches and any discovered vulnerabilities. Instead, you should review all the available updates before allowing them to be installed on your machine.

Another person stated that he got a new hard drive and then installed Windows 7. He expected that all the updates would start automatically, which didn’t happen. Support recommended that he should download the KB3138612 manually, which solve the problem with the automatic updates.

A person mentioned that his notebook got stuck while installing the most recent updates and that nothing he did had had a positive result. He asked a computer expert, who said that the problem was the Windows Update Client and that he should download KB3138612 to resolve the problem. Fortunately, that seemed to work, and his device managed to finish the updating process.

To understand more about the KB3138612 update, we looked through several different tech support forums to see what people have to say about it. In general, they want to understand what KB3138612 is and what it does.

The KB3138612 patch is tied into the Windows Update which can help solve the long update times issue experienced by most Windows 7 users. However, while it does fix the issue by reducing update times from hours to minutes, it will cause your computer to automatically upgrade to Windows 10.

If you don’t want that, you can just follow the latter fixes.