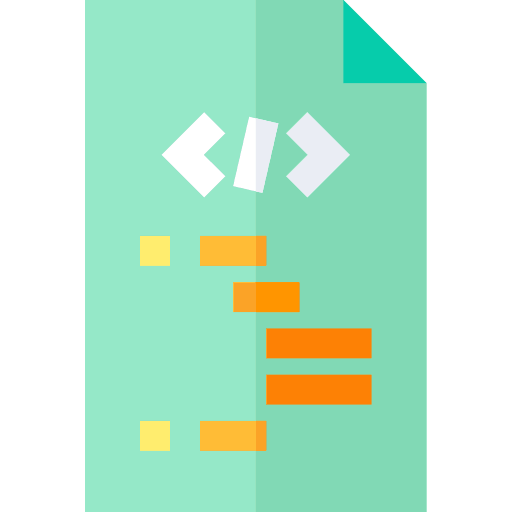 This occurs because the relevant dll files have been deleted or corrupted.

DLL files are used very often, and there is a large number of them. It is because of this that users typically come across errors with dll files, such as a missing msvcp100.dll, when using the start and shut down function and even when using the system in general.

The msvcp100.dll is one of many existing dll files that are found in a Windows operating systems.

It is present in any and all of the operating systems created by Microsoft namely Windows 2000, Windows XP, Windows Vista, Windows 7, Windows 8, and Windows 10. It can indicate a number of problems such as the presence of a virus or malware in the system. In some cases, the appearance of this error might even mean that there is a failure in your computer’s hardware.

In addition, it affects any and all programs that use the msvcp100.dll file in one way or another. It is possible to run into errors concerning this dll file both when starting the system and shutting it down, while installing a program that makes use of the msvcp100.dll, and when installing a fresh copy of the Windows operating system.

How To Fix msvcp100.dll Errors

Although there are programs that allow users to simply download missing dll files, it is best for the system if the user directly and manually troubleshoots and tries to fix the problem instead.

Listed below are some of the quickest and most effective methods to fix errors that involve msvcp100.dll (remember to start your system in Safe Mode before trying any of the following methods).

Before we dive in, check out this popular YouTube fix:

The video creator says that his tutorial demonstrates how to fix missing MSVCP100.dll errors in Windows. Other forms of this error include:

Downloading the Microsoft Visual C++ Redistributable Package is one of the most recommended ways to fix this problem. This fix suggested by DriverEasy includes the following steps:

If you already have this program in your computer, you can follow the instructions below to install the latest security update instead:

It is important to note that trying this method to fix an error involving msvcp100.dll before any other methods is highly recommended.

Another method to fix the problem with this particular dll file is suggested by Microsoft. They recommend running a System File Check (SFC) scan. Users can do this to replace missing files or files that have been corrupted. This method will also allow the user to check if the error will continue to appear. Follow the instructions below closely:

Alternatively, you can hit the Windows key on your keyboard along with X, then from the options that will appear, select Command Prompt (Admin). When the prompt box asking for administrator permission appears, select Yes.

This method is appropriate for all Windows operating systems as msvcp.dll is present in all of them. Thus, errors regarding this particular dll file are present across any and all versions of Windows.

The occurrence of an error related to msvcp100.dll can also be an indicator of a problem with the hardware.

If all software-related methods of troubleshooting have failed to resolve the error related to this dll file, including wiping the hard drive and reinstalling an entirely new and clean version of the Windows operating system, then you must look into the possibility that the error with the dll file is related to the hardware itself.

Then, of course, you have to get a newer or better version of the hardware that has been damaged so that you can no longer encounter the error a concerning missing msvcp100.dll again.

Another person explains that msvcp140.dll should cause no problems, but you might run into troubles if it gets corrupted. In such cases, the program which requires the file would not load properly. As a result, you’d get an error message saying that msvcp140.dll is missing.

Another person mentions that msvcp140.dll is usually safe and that it’s necessary to run specific programs, for example, games or Skype. However, he warns that some viruses might disguise themselves as msvcp140.dll and harm your system. That’s why you have to check where the file is located. If it’s in C:\Windows\System32 or C:\Windows\SysWOW64 folder, it’s the genuine one. If it’s not, you might have a virus and should scan the system with your antivirus.

An individual also claims that the size of msvcp140.dll varies between 440-630 KB. He warns that if you notice that the file is very large, it’s probably a virus or malware. He also says that msvcp140.dll is not a Windows system file and that you can uninstall it from Control panel (uninstalling Microsoft Visual Studio).

A computer user shared that he had to run a scan for corrupted files using the System File Checker because he was constantly getting an error message that msvcp140.dll was not working. He also had to uninstall Visual Studio package and reinstall so that he could start Skype normally.

ALSO READ:  Fix The MSVCR120.dll Is Missing On Windows

A person also commented that problems with the msvcp140.dll appeared after a Windows 10 update. He suspected that it was a bug because he also had issues with another DLL file – VCruntime140. The computer owner mentioned that he tried restoring the symptom to a previous point, but it didn’t work out. So, he had to download the package from the Microsoft site and install it anew.

Another individual said that he had problems with msvcp140.dll because he installed the wrong version. He didn’t check the if his OS is 64bit or 32bit, because he didn’t know he had to do it. After he downloaded the right one for his system, the problem disappeared. However, a couple of other users mentioned that installing both versions was what fixed the msvcp140.dll error.

A user shares that he received the message “The program can’t start because msvcp140.dll is missing” when he attempted to launch Skype. He said that he installed and reinstalled the Microsoft Visual C++ package several times, but he stilled continue to get the error message. That’s why he had to reinstall the afflicted program – Skype – to fix the issue.

Another computer owner warns that he stumbled upon several sites that offered the msvcp140.dll for money and that they looked very suspicious. He states that the official Microsoft site provides the Microsoft Visual C++ for free so that there is no need to pay for it.

A person shares that restarting the computer after installing msvcp140.dll is not required, but it’s recommended.

A computer user complained that he couldn’t install the Visual C++ package because it wouldn’t load properly or freeze in the middle of the installation. He also claimed that he ran a scan for malware and that it found nothing suspicious.

A poster said that he got an error message regarding msvcp140.dll after a big Windows update and that probably some files got corrupted during the upgrade. He said that he ran the sfc /scannow in Windows 10 to check the integrity of the files after reinstalling Microsoft Visual C++ didn’t work.

A tech forum member also mentions that he searched through his files to check if msvcp140.dll was present. He copied in the correct system folder, restarted the computer, and the problem disappeared.

To get a better understanding of this process, we search through several Tech forums. In general, people are searching for msvcp140.dll missing error, msvcp140.dll free download, Windows 10, download 64 bit, and “PUBG.”

The presence of an error concerning msvcp100.dll can indicate a number of problems in the system from malware to hardware failure. Although errors concerning dll files are some of the most common, they are also some of the most complicated to fix. However, you only need to closely pay attention to and follow the provided instructions in order to effectively troubleshoot the error.