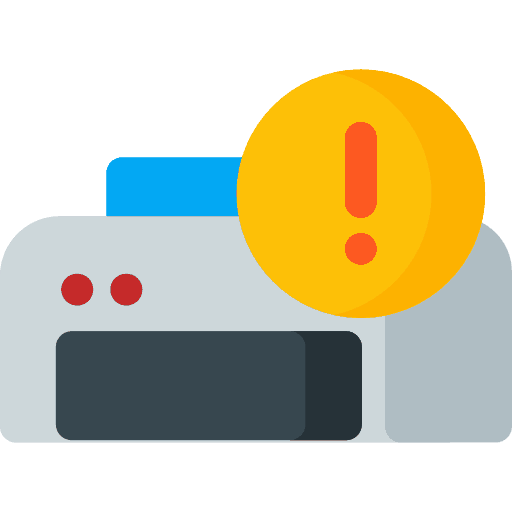 Lately, many people have reported an issue on Windows 10 regarding their printers. This connectivity problem has been, if not for all, an annoying glitch that hampers our printing needs not only on network printers but on personal home printers as well.

If you’re also one who is experiencing the printer offline issue, then it’s only natural for you to look for solutions. Fortunately, there is a myriad of ways to fix this issue. If you’re interested to know, below is a summary of some of the most effective solutions found on the internet:

Any network experts know why my Dell 1320c printer is forever showing status Offline? Know it's a Ports issue but that's where I lose it.

@HPSupport I have used the HP print and scan doctor to fix a printer offline message on my computer. I have also uninstalled and reinstalled the printer software. Neither of these things have fixed the problem. I do not no what to do next and I need some help #hppsdr #ijkhelp

It amuses me how my printer always errors with 'Cannot print. Printer is offline' While actually printing the document 😉 #PrintersAreShit

What Does ‘Printer Offline’ Mean?

First of all, it’s best if you identify what kind of printer offline issue you’re having. Depending on your issue, a different kind of solution is being offered. The good news is that some of the solutions can be applied to multiple printer offline problems.

However, there is only one thing in common about these issues – the printer not being available despite being on. This can not only be observed on Windows 10 but on 8 and 7 as well.

The reason why printer offline issues happen is because of a variety of causes. In some cases, it could be because of a connection problem between the printer and the computer, resulting in unresponsiveness. It could also be from the printer having internal problems. There could also be a lot of print jobs on the queue, causing the printer to go offline.

Why Is My Printer Offline

Whatever the causes are for this dilemma, trying different kinds of solution is needed unless you’re going to hire a technician. But for those who want to tackle the problem on their own, below are solutions that you can follow:

Before anything else, one of the simplest methods that you can follow is by identifying if the printer that you’re using has its own diagnostics software. For instance, HP has its own Print and Scan Doctor software.

While this feature is provided by some manufacturers, not all do. But if you’re lucky to have diagnostic software, use it as much as possible.

In most cases, the diagnostic software will detect your printer’s issue and lead you to a solution.

The second solution is to simply restart your printer, computer, or unplug your USB cable. For those who are using a network printer, regardless if it’s wireless or not, the issue may be from the connection. So, you should restart the router.

There are actual steps for the Windows 8 printer offline error though; you can follow these steps:

Video Guide: How to Reset a Router | Internet Setup

If you’re receiving a printer offline message, you can also try restarting your Print Spooler service. This service is needed so that you can print, so restarting it can be quite helpful if the suggested solution above does not work. To do this, you can follow these steps:

In some cases, this can already solve the problem. However, it’s not permanent. So, you’ll have to keep on repeating this process once the issue comes up again.

Video Guide: How To Restart The Print Spooler Service

You can also change your printer properties if the problem still doesn’t go away. The steps to do this are just simple:

This is an effective solution for printer offline issues but is only applicable when you’re using a network printer.

Another solution is to also reinstall your printer drivers. This is a simple solution that only needs a few steps:

This is a simple yet effective solution that you can try. Thus, it’s ideal if you’re going to update your drivers from time to time.

Video Guide: How To Install A Printer Without The CD/DVD Driver

Windows will automatically download any updates after you click on the button. After the updates are successfully installed, see if the problem still occurs.

The instructions on this page should help deal with the following brands’ ‘offline’ issues:

To find out what problems users had with offline printers, we search through different support forums and discussion boards. Print owners were interested in printer offline Windows 10 and Windows 7, printer offline fix, and printer offline Mac. They also wanted to know how to make the printer online again.

A forum member shares that is having problems with his Brother HL5250DN printer, which is connected through an Ethernet cable and he was wondering ‘why does my printer keep going offline?’

Another computer owner (who was wondering ‘why does my hp printer keep going offline?’)mentions that his HP printer was offline and that he couldn’t figure out how to get it back online. Other members of the community suggested that he should try HP Print and Scan Doctor to diagnose the problem. They explained that it was simple to use and that it would fix the problem quickly.

An individual commented that he also had issues with his Samsung printer and that he was unable to print because it was offline. Other experienced users explained to him that he had to check if the printer was in Use Printer Offline mode. To do that he to go to Settings àDevicesà Printers and find his printer in the list. Then he should click on Open queue à Printer à uncheck Use Printer Offline. It worked, so he was able to print his documents.

Another poster also said that he had problems with a Canon printer. However, the Use Printer Offline method didn’t work for him. He had to uninstall the printer’s drivers and install them anew because they had been corrupted after a malware attack.

A person states that he has a wireless HP Officejet Pro 6968 (wondering ‘why is my printer offline windows 10‘) and that for some reason, it’s not printing. Instead, he gets an error related to Web Service. Other HP users advised him to restart the printer and the router to see if that would solve the issue. They also said that he should remove any devices that emit radio waves in case they are interfering with the signal and that he should place the printer and router close together.

Another individual mentioned that he also had issues with a Samsung printer and that he couldn’t figure what was wrong. In the end, it turned out that the Ethernet cable was connected to the wrong computer, and that was why the printer was offline. The user also recommends that you check the cable to make sure that it’s not damaged or dislodged.

A computer expert who was having a ‘printer showing offline‘ error comments that you must check your USB port to make sure that it’s not damaged. He also recommends for people having wireless printers to check that the printer is connected to their PC’s network, not somebody else’s.

Another poster said that he had issues with Epson printer which was going offline in the middle of a printing job. Other Epson printer users suggested that the reason might be problems with the network connectivity and that he should turn off the printer, computer, and router and then turn them back again. The person was happy to report that the issue was low signal quality and that he managed to fix the printer offline error by moving the printer close to the router.

A computer expert (who was supporting an IT request regarding ‘how do you change a printer from offline to online?’) remarks that you can fix an offline printer using several tricks. First, you must set your printer as a default printer by going to Control Panel – Devices – Printers. If that doesn’t work, then you must delete any existing printers and install your printer again. However, if you’re not sure how to do that it might be better to consult a professional.

Another forum member suggests that if you’re dealing with a ‘network printer that’s offline‘ the antivirus and firewall might also be causing some conflict with the printer. That’s why he advises that you turn off your firewall and antivirus and see if that will resolve the problem. However, the person warns that you’ll be vulnerable to viruses and attacks, so he doesn’t recommend disabling antivirus and firewall as a permanent solution.

The solutions above, while they’re based on different printer offline causes, are considered to be some of the most effective methods to solve this issue. Give them a try; but if the problem still occurs, don’t hesitate to contact your printer manufacturer or hire a technician to assist you.