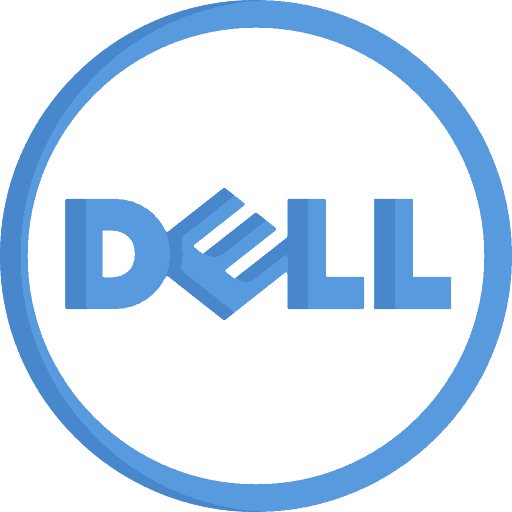 In this post, we’ll provide 5+ fixes for common Quickset64 errors and issues.

Computers are usually installed with programs that could help boost the overall performance of the unit, sometimes aiding in managing them. One of these programs is called Quickset64.

While it helps in power management and power savings, some users chose to remove it.

I removed the program QuickSet64 from my Win7 64 @Dell Laptop, and things are running much faster. What does QuickSet do, anyway?

@BruceDawson0xB dell support are trying to tell me their quickset.exe generating 14440 log entries an hour doesn't affect my laptop battery!

Can I permanently delete the quickset.exe shit from my laptop?

Quickset64 is a software program automatically installed on your PC.

This program is created by Dell Corporation – one of the largest developers of computer, computer services and products. Quickset64 allows users to replace power management settings for the PC and supports balance performance as well as power savings.

Aside from this, quicksett64 also aids in permitting diagnostic routines to take place to assist if problems are encountered on your PC. Lastly, quickset64 gives convenience to configure network connectivity.

Can the Quickset64 program be removed?

While Quickset64 has many benefits on the computer, some users choose to remove them for some reason. However, while removing it seems pretty easy, there’s a need to do it safely and responsibly so that the program would not return, or worse, cause further damage.

While Quickset64 can be removed,  it also has leftovers files and components present in the system; this means that it is not absolutely removed and uninstalled at all. These leftovers will cause the computer to slow down and fill your system with disabled files.

Later, these causes problems like unusual error popups and not being able to put other programs for your PC.

How to prevent quickset issues?

Preventing quickset issues in the first place can avoid further problems. First, your computer must be clean and tidy.

To achieve this, you need to run a scan for malware and tidy up your hard drive with the use of different scanning programs such as cleanmgr.

Next, you need to remove programs that you think you don’t need anymore or relevant to your day-to-day use. Review for Autostart Programs and activate Windows’ Automatic Update. Never forget to do periodic backups, or set restore points.

You need to scrutinize the quickset.exe process on your PC. You can do this by scanning on your Security Task Manager. The said program in your PC helps in showing all active Windows tasks, even embedded hidden processes like Autostart entries.

One of the conventional methods to completely uninstall Quickset64 is to remove it using the Add/Remove Programs.

Another way is to utilize Programs and Features to delete Quickset64 from your PC.

System Restore is a program that is pre-installed in your Windows operating system.

This program helps computer users to reinstate the system to its previous condition and delete programs that are obstructing the computer’s day-to-day operation.

It is advisable that before installing a new program on your PC, you need to restore the system with the use of System Restore. Reinstitute your system and absolutely eliminate some undesirable programs like Quickset64. You also need to backup important and personal files before doing a System Restore.

To do System Restore:

Some malware masquerades as common computer applications, and unfortunately, they are hard to remove than expected. This malware is installed on computers with the support of Trojans and Spywares. If Quickset64 and other programs can’t be uninstalled, it is time to review if the program is malware or not.

The Add/Remove Programs of the Window Operating System can only remove the main executable file, but not all its program files and components. Some invalid files may remain in the system registry and folders. To totally remove them, you need to delete those remnants. Because if not, these will cause your computer to slow down and may interfere with you if you are installing other programs. To do this:

Manual removal of Quickset64 needed computer expertise and patient to achieve it.

Not to mention that it isn’t certain that manual uninstallation can totally remove Quickset64 and delete all of its files. Again, insufficient removal of the program is pointless and can harm the performance of your computer.

With the right know-how on computer and patience, you can definitely achieve what you need to do and avoid unwanted problems down the line.

ALSO READ:  5+ Fixes For The "Indentation Error: unindent does not match any outer indentation level"

A computer user commented that quickset.exe was part of Dell’s software and that it ran Dell Quickset program.

He explained that Dell Quickset was responsible for interface configuration, for example, power management, volume control, brightness, fonts, and size. The person added that quckset.exe was usually preinstalled on all Dell laptops and that it didn’t cause many problems.

Another forum member claimed that quickset.exe was no longer part of Dell’s preinstalled software. He mentioned that it was replaced by ControlPoint and Dell Feature Enhancement Pack. So, it could be normal for you not to have this process running on your device.

Another poster stated that quickset.exe was not a Windows core file and that you could uninstall and remove it if it was causing problems. The user also mentioned that malware could be named quickset.exe and that you had to be careful if the file was located in a System32 folder. The usual location for quickset.exe was C:\Program Files (x86) \Dell\QuickSet\.

An individual commented that quickset loaded when you turned on your computer. But it was not necessary for it to run at startup and could slow down your booting. So, he recommended that you disable it on start-up by pressing WIN +R àtype msconfig àStartup àuncheck the process à restart if necessary. Other users also indicated that they noticed that quickset.exe was impacting their device booting time, and they disabled the process without any ill effects.

Another person reported that quickset.exe had a tray icon that you could use to close the process when it was causing troubles. He also shared that he was using quickse.exe occasionally to manage power consumption options and that it was no bother the rest of the time. The individual also mentioned that you could install/reinstall it from Drivers/Utilities CD if it was malfunctioning or download it from the manufacturer’s website.

Another forum user observed that quickset.exe was causing problems on his Windows 8.1 laptop and that he had to uninstall it from the Control Panel. However, he pointed out that the process was working fine in Windows 7 but that it was logging keystrokes in his opinion.

An individual complained that quickset.exe was popping all the time on his Dell laptop. The person tried to get rid of it, but he couldn’t do it, and as a result, he was worried it was a virus. Fortunately, his antivirus scan didn’t turn up anything suspicious, and he fixed the issue when he contracted Dell support.

Another commentator stated that he killed the quickset.exe process but that it affected his ability to see the volume and brightness control. On the other hand, other users commented that they had stopped the process using Task Manager or the icon in the system tray and that there were no problems afterward.

A Dell user complained that quickset.exe was causing his laptop to work very slowly and that it was very annoying because he had to kill the process in the Task Manager constantly. The person also stated that he had noticed quickset.exe was burning more than 25% of his laptop’s CPU at times and what was wondering why it would use so much computing power. The user said that Dell should think about how to solve the high CPU usage since it was so common.

Another individual observed that quickset.exe was preventing him from retrieving emails through Outlook and that it was consuming far too many resources. He killed the process and that everything went back to normal, but he was still puzzled by it.

A poster remarked that his Security Task Manager showed that quickset.exe was dangerous and that it was monitoring and recording keystrokes input. In addition to this, the process was attempting to access the Internet.

Some Windows 10 users also reported that quickset.exe was responsible for crashing their operating system and triggering the blue screen of death. Other members of the online community explained that this was a known issue with quickset.exe and the newest version of Windows and that they would classify quickset.exe as bloatware.

As such, they recommended that he should perform a clean Windows install and get rid of the process. However, they also observed that it might be difficult for novices to do so.