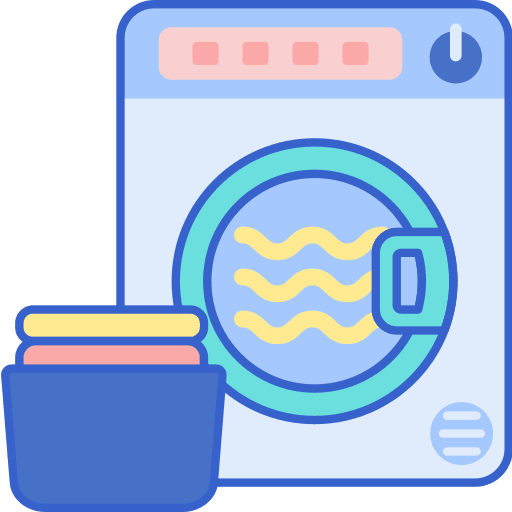 In this post, we provide 5+ fixes for issues with Samsung dryers that aren’t heating.

A new dryer usually has issues in the heating element. This means that the dryer will spin, but the clothes will not be heated.

However, further testing is required to find out more about the issue and to ascertain that the heating element is the problem since there could be other issues that may also cause the dryer not to heat up.

Below are a few quick fixes that can help you solve the problem behind Samsung dryer not heating up. But first, let us first know what a Samsung dryer heating element is.

Lots of people over on Twitter complained about a Samsung dryer not heating:

Any friends good with troubleshooting/fixing my Samsung dryer that is not heating?

Spent my whole Saturday fixing a literally 2 years old, bought on Presidents’ Day sale in 2017, @SamsungUS dryer. Ugh, just don’t make things like they used to I guess. Hopefully the new heating element will do the trick. If not, it’s a new one and definitely not a Samsung. Woof

What Is A Samsung Dryer Heating Element?

It is a device that is used to dry clothes especially in areas where the temperatures are not favorable.

The Samsung dryer usually has a heating element that works by turning on the motor.

The element glows red and the dryer is heated, thus the clothes are heated and they dry.

Various factors can cause the dryer not to heat. Usually, the problem is in the heating element itself, it is either faulty or burnt.

There could also be other issues that could cause the dryer not to heat. For example, having a bad thermostat, a clog in the air vent, thermal cut fuse, internal wing issues or even incorrect voltage may be causing the damage.

How to Fix a Samsung Dryer That Is Not Heating

Video Guide #1: How to Troubleshoot a Samsung Dryer that is Not Heating

The YouTuber says that he took apart his Samsung Model #DV42H5200 Dryer which was not heating at all. He replaced the heating element and put it all back together. He tore it apart and also fixed a vibration issue that was occurring while the unit was cycling.

DC47-00019A is the replacement part number of the heating coil and sensors which I got from Amazon.

This fix is recommended by Remove and Replace. Replacing the thermostat is an effective option. Clean the vent lines and ensure that they are all working properly. Proceed to the following steps of replacing the heating element. This heating element is for model DC47-00019A.

Repair clinic recommends replacing a blown thermal fuse. A thermal fuse is used to protect a Samsung dryer from overheating.

The fuse should be closed to allow the electricity to pass through as an overheated fuse has continuous strand running through it and electricity will not reach the heating element.

Use a multimeter to test for continuity. If it is faulty, lift the fuse to remove it and replace with a new one.

Alternatively, the problem could be from the power source. Repair clinic recommends an electric dryer to have 120 volts AC in two legs, which bring a total to 240 volts.

If the power source is too high, it is necessary to call an electrician to rectify the wiring. Also, find out if your neighbors are experiencing similar problems. The fault could be in your entire line.

A faulty thermostat could also cause the Samsung dryer not to heat up. Repair clinic recommends replacing the thermostat.

The high limit of the thermostat is responsible for shutting off the dryer if it overheats.

A fault in the high limit thermostat may cause the thermostat to shut off the dryer even though it is not overheating. Alternatively, the cycling thermostat, which is responsible for the on and off cycle, may be faulty.

Before replacing a thermostat, always test the installed thermostat using a multimeter to determine if it is faulty.

Poor wiring could also result in the Samsung dryer not heating up. Repair clinic recommends checking the main control board for faults. Follow the steps below.

If there are burned wires or wires that are hanging, you should call the manufacturer or the store where the dryer was bought. The store will replace the dryer with a new one that is working properly.

A forum user stated that he had issues with his Samsung dryer because it was working, but it wasn’t heating properly.

Another person comments that the most likely cause for a Samsung dryer not heating is a blown thermal fuse. He advises that you use a multimeter and test for continuity and see if there is a problem with the fuse. The user also says that if you have a problem with the thermal fuse, you should also check the dryer’s venting system.

A user indicated that it was exactly the heating element that had malfunctioned and that the coil had a break in it. After he replaced it, the dryer started working smoothly. Speaking for experience, he recommended that you clean the lint before loading the dryer and that you shouldn’t rely on the dryer to remind you to check the lint filter.

An individual pointed out that if you have a gas Samsung dryer, the problem might lie in the gas valves. To check if they are working properly, the user says that you have to look at the ignitor. In case the ignitor is blinking, but the gas is not igniting, you might have a problem with the valves or the ignitor itself. He also mentions that the flame sensor not working might also cause the dryer to stop heating.

A Samsung client mentioned that he had a lot of problems with his Samsung dryer DV42H5000EW/A3 and that he had replaced almost all parts that could be problematic with no success. He even checked if the cord and the outlet were functioning, but the dryer wouldn’t heat. Finally, he decided to have a professional look at the machine and was disappointed because the machine had been running for less than two years. He expected better quality from Samsung.

A forum member complained that his DV45H7000EW dryer was working but not heating and that it had been running for less than a year.

Another user observes that if a Samsung dryer is working, but not heating, you might have an incoming power issue. Since you need 240 V and the outlet has two legs carrying 120 V each, even if one leg is short, your dryer won’t heat. So, you have to check the fuse box and breaker to determine if you have a power problem and measure the voltage at the wall outlet.

A forum poster pointed out that you might have to open the dryer to locate the problem, which will make your warranty void. So, he advises that you take the dryer to a professional service.

On the other hand, a user states that he came upon many complaints about Samsung dryers not heating just out of warranty and that he expected a Samsung product to work far longer without malfunctioning. He shares that he didn’t get any errors codes when his dryer stopped heating and that he checked everything possible, including the wires. But what solved the issue was replacing the motor.

Dealing with a Samsung dryer that is not heating can be done using either of the fixes above. If the above fixes still do not work, the last option is to return the dryer to the store and have a professional inspect it.