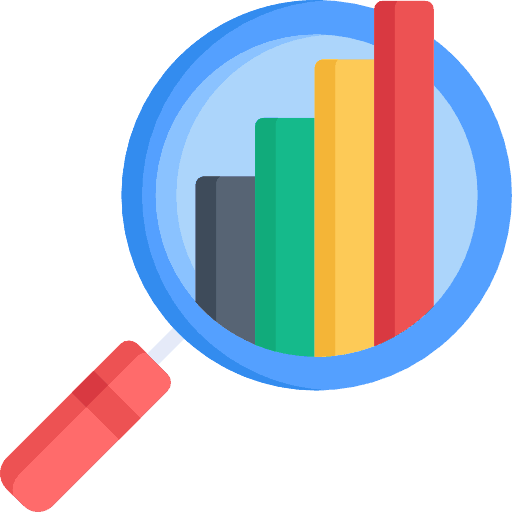 Is SearchProtocolHost.exe using hogging a ton of your computer’s memory?

According to Neuber, SearchProtocolHost.exe is a process that belongs to Windows Indexing Service, so it’s a part of the operating system.

In terms of functionality, it performs an indexing scan and checks the files residing on the local drive, making them easier to find through the built-in search functionality.

File.net adds that the process used to be known as Windows Desktop Search and it was first introduced during the Windows XP era.

Since this process plays a vital role in your operating system, you should not be fiddling with it or try to disable it in most cases.

That being said, it’s not uncommon for a virus or other type of malware to mimic the look of a legitimate system file, which is something you need to consider (especially if the file in question is the cause of all sorts of other mayhem on your PC).

File.net kindly pointed out you could potentially be dealing with a case of either one of these infections:

In fact, the majority of users on Neuber have rated it as dangerous. Let’s take a look at what they’re saying and summarize their thoughts.

A brief overview of user ratings on Neuber:

You can check out the entire comment section here, but here are some of the most important takeaways:

– A user noted that the AVG antivirus flagged it as spyware and traced it trying to find its way through ports.

– Another user said it’s a legitimate system process… unless you can find it running in the Task Manager (in which case it’s most likely to be a malicious process). If you’re going to be removing it, make sure to target the correct one.

– Have you installed Free Ride Games Player recently? The Virus Total scan suggests it’s a browser-hijacking type of malware that also installs the malicious version of SearchProtocolHost.exe. After running an antivirus scan and removing it, the problem should be dealt with.

If you’ve determined that the process is in all likelihood malicious (based on the advice provided above), proceed with one of the following methods to see if that resolves the issue for you.

If you’re still unsure, according to Commodo’s website, here are the symptoms you need to be on the lookout for:

– Your computer is freezing
– You’ve been redirected to suspicious websites when browsing the internet
– You’re getting annoying pop-up ads
– Your system is sluggish
– You’ve noticed your computer is using up a lot of resources
– etc.

If you’ve noticed any of the above, here’s what you can do:

There are plenty of great free antivirus programs you can try, so feel free to use your favorite one. Since the process can be quite different depending on the one you decide to use, covering it all in detail is outside the scope of this article.

Still, this is arguably the easiest way to get rid of the malware, because most of it is automated. And, if all else fails, there are plenty of other tutorials you can try.

Moreover, if the scan doesn’t detect anything suspicious, you won’t have to worry about messing with a legitimate system file (if this is the case, try with a different antivirus scanner or assume the problem lies elsewhere).

If you’d like to try a manual approach, here’s what you can do:

ALSO READ:  What is TrustedInstaller.exe | And 7 Fixes For Trusted Installer Issues

1. Press the Windows key + X (or use the search to find it)
2. Open up the Control Panel and find the troubleshooter
3. Click Troubleshooting
4. Click View All, then proceed to open up the Search and Indexing

You can also use the System File Checker tool (SFC.exe) to see if that helps. Basically, the tool allows you to find missing or corrupted system files and repair them.

Here’s the process in a nutshell:

1. Open up the Start menu and type the following:

2. When the Apps page comes up, right click CMD.exe while making sure that you run it as administrator (if the User Account Prompt comes up, just confirm it).

We took a look at several popular Tech forums to get deeper perspective on this file process.

Generally, people were searching for things like unknown hard error, has failed recently errors, application error, issues with 32 and 64-bit Windows operating systems, general questions about what exactly it is and known issues with Windows 7.

File.net provided some clarity concerning its functionality- saying that it helps your Windows laptop or desktop computer index files and is not considered a threat.

One user said if they even discovered it on their iPad and iPhone – this was pretty confusing because they had thought it only occurred on Microsoft operating systems.

Another person seemingly discovered an instance of malware or virus- saying that they had two separate instances of it running simultaneously.

One of them was signed by Microsoft and located in the system32 folder. However, the other one was associated with the website search.conduit.com and apparently had been bundled with an install of the Free Ride Games Player.

This computer user decided to uninstall the non-Microsoft variant saying that the process changed where his browser homepage directed to as well as his default search engine- definitely malware/spyware.

Another perspective came from a user who described how helpful this utility actually is. He said that it is useful for indexing your personal computer is contents- whether it be email files, data files or anything else that you search for on your computer by entering in keywords.

Another person chimed in, worrying that it could be accessed by third parties, and they believe them to search your computer for sensitive information.

Another person said that the majority of the time it is completely safe and doing what it should be doing – though in his opinion 15% of the time it can become compromised and infected.

If you don’t use keyword search on your computer that often, you can safely disable it.

In his experience, however, he says that like a lot of windows utilities, it can often get compromised and confused, getting caught in a loop.

This happened to his operating system several times, which is why he deactivated it.

For deeper insights than task manager can provide, this user recommended investigating process Explorer – this provides a high degree of transparency regarding what the executable file is connected and associated with.

He also advised, prior to taking any drastic actions, taking some screenshots of the process inside of task manager and process explorer, that way you can easily return it to its default settings should something go haywire when you deactivate it.

Another person was concerned because their anti-virus program, the McAfee all access Internet app, continually notified him that SearchProtocolHost was trying to gain access to the internet.

He was confused because to his understanding this indexing app is only engineered to optimize the speed of local searches on his personal computer and he didn’t think it would need internet access.

At the end of the day, he denied access to the internet and hasn’t experienced any adverse consequences on his machine.

A user recommended setting the icons to small icons, searching for indexing options and clicking on the “Rebuild” option. This apparently fix the problem for the computer user.