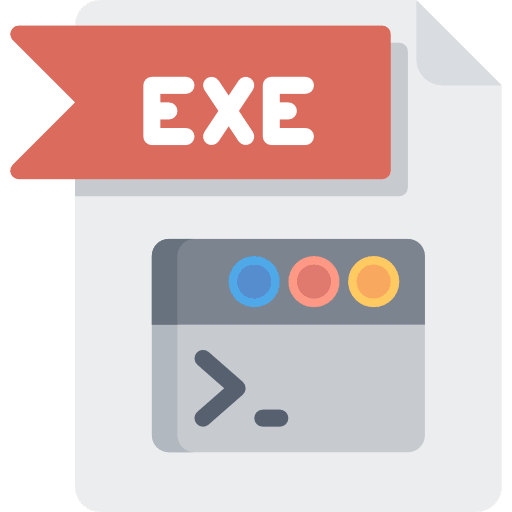 In this post, we provide 5+ fixes for common SearchUI errors and issues.

A genuine component of the Microsoft Windows operating system, the searchui.exe (Search User Interface) is a part of Microsoft’s search assistant software – Cortana. Otherwise a non-threatening process of the system, it can cause malfunctions in the system when corrupted.

Located in a subfolder of C:\Windows, the searchui.exe can pose security threats depending upon its exact location.

Some malware files can camouflage as the exe process and cause problems in your software- you can install Malwarebytes to check if it’s infected. A clean and tidy computer can generally take care of this issue. However, let’s first have a look at what searchui.exe is and how it assists your system software.

Windows 10 uses cortana to help you. If you wanna disable cortana it is disabled in the foreground. But it still runs in the background under the program name searchui.exe. It watches your every move and reports to microsoft. #RUNLINUX

turns out uninstalling cortana removes "searchui.exe" which is the start menu

Short for the Search user interface, searchui.exe is an executable console file present on your system. It is a software component of the Windows Operating system’s search assistant software – Cortana.

Available in several languages, the search assistant is built to work with both voices as well as typing input. The search user interface works to assist either of the searches by executing the command and deriving useful output from the system.

Although an unthreatening file, it can cause trouble if a malware poses as the given file and interferes with the normal functioning of the system. You should check your systems using a Security Task manager and then take steps to eradicate the malicious file.

How to fix searchui.exe?

The searchui.exe suspended problem is more than often caused by antivirus software by third-party programs which interfere in the normal background process of the system.

A problem in the searchui.exe file means that a user would not be able to use Microsoft’s search engine Cortana normally. An uncritical issue, it can be verified by going through the system’s Task manager and going through the processes listed there.

It is generally caused due to one of the following problems:

Whatever the reason, the problem can be fixed by one of the following solutions:

More than often, the problem is caused by a third-party antivirus software. It is because it interferes with the background process of the system and may cause suspension of the searchui.exe process.

Most of the time, this will fix the problem and you will be able to use Cortana in its normal fashion again.

If you do not have a third-party antivirus installed in your system, you can instead try and check if your Windows package is up-to-date or not. The search user interface, like all other components of the operating system, requires constant fixes and updates for normal functioning.

If you haven’t updated your Windows yet, follow these simple steps to check for updates, if there’s any:

This will fix your problem if you have a pending software Windows update.

Video Guide: How To Run Windows Updates In Windows 10

Chances are that the Cortona packaged folder might be corrupted due to an external process, and that is stopping it from functioning in normal conditions (Source).

After rebooting your PC in safe mode, here are the steps you need to follow:

Another rare case of the problem could be your iCloud account which may be interfering with the search files. You simply have to remove and reinstall the iCloud from your Windows system.

A user commented that searchui.exe is part of Microsoft Windows and that it’s a legitimate program that might cause some problems for users.

Another individual mentions that searchui.exe is problematic because it compromises your Internet security and privacy. He points out that it might upload personal information to Microsoft Servers and that it would be better to terminate it as soon as possible. The user also recommends that you don’t use Cortana because you can’t be certain what kind of data it collects and sends to Microsoft.

Another poster said that he noticed searchui.exe was using too much bandwidth when he was playing games, and he was wondering how to put a stop to it. He stated that its bandwidth usage was higher than its online game and that it was causing lags. The user couldn’t understand why it was collecting so much data when he even didn’t have a webcam. Other people advised that he should turn off “Hey Cortana” to suspend the process.

On the other hand, other computer experts remark disabling Cortana won’t stop searchui.exe from uploading data to Microsoft.

An individual shared that his computer was working extra hard recently despite no new recent installation.

A Reddit member remarked that he found out how to disable Cortana and searchui.exe. He says that you have to locate the Cortana folder and take ownership of it. Then you must select the file and click rename it. When you get the message that the file can’t be renamed because it’s being used, you must kill the process and quickly rename the file.

Another forum poster mentioned that he dealt with Cortana and searchui.exe by using an app called Process Lasso. When you download this application, you must locate searchui.exe and choose to “Terminate Always.” However, he warns that Process Lasso must start with Windows for this fix to work.

A person also suggested that you take ownership of the Cortana folder, then cut and paste it in another location. Or you can add searchui.exe to the blocked programs in your firewall so that it can’t communicate with Microsoft servers.

On the other hand, some users indicate that tampering with the Cortana folder and renaming parts of it, including searchui.exe might result in grey Start Menu and no Internet access if you have the Creators Update. They recommend that you keep ending the process from the Task Manager.

A user also advises that you use the command prompt to kill searchui.exe. He explains that you have to enter the following: taskkill /f /im SearchUI.exe, which will terminate the process. If you want to disable it, you should try:

However, he warns that it might lead to some problems with your Window’s functionality, so you’d be doing it at your own risk.

Another person observed that you might create a new software restriction policy to get rid of searchui.exe. However, it requires a Pro/Enterprise Windows version.

Refrain from using third-party antivirus software from untrusted sellers to protect your system from such problems. Also, keep your Windows to the latest version in order to obtain regular security patches such as these.

A searchui.exe problem can be easily solved with any of the above methods. You will be able to use Cortana search normally after fixing the error.