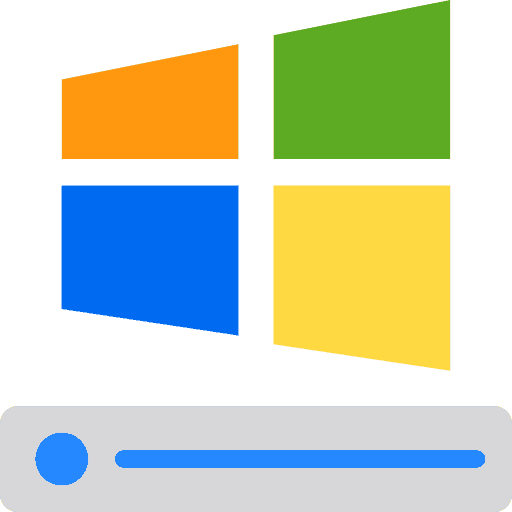 In this post, we’ll provide 4+ fixes (and video guides) for dealing with sedlauncher issues and errors.

As you are updating your Windows computer, you see something called sedlauncher.exe (a crucial component of the KB4023057 update patch), and it came off as rather annoying. So, the obvious thing to do here is to deal with this as it can slow down your computer and potentially hamper the operations of your PC.

This launcher has been known to consume a lot of RAM, which means it occupies a lot of disk space in your computer and can pose problems in your operation system. Here are some ways to help resolve your problems pertaining to sedlauncher.

The wonderful new updater. While my computer is in full use. Or was. pic.twitter.com/NEKT8r6yGM

To clarify, the program file is digitally signed and, therefore, does not appear as an infectious virus within the system. However, it does not mean that you ought to be complacent when dealing with this.

The .exe extension on its filename shows that the sedlauncher is an executable file, which could do harm to your computer if not checked. Scan the file first to determine if it is a Trojan or is actually part of the Windows operating system or a trusted application. The extension has an issue with lagging your system due to how much CPU usage it takes up, so you should be aware of this.

Video Guide: How Can I Fix Sedlauncher High Disk Usage On Windows 10

Luckily, there are easy solutions for this issue. If you’ve been constantly annoyed by this problem, below are some solutions that you can try, starting from the simplest to the most complicated one.

According to File.Net, to avoid problems with sedlauncher, you should make sure that your computer is free from any viruses and malware. You should also have a clean and functioning hard drive.

So, to solve this, uninstall whatever programs that you are not using so that they won’t take a lot of space in your computer or take a lot of CPU usage.

Also, constantly update your computer so that it is at optimal capacity. If you encounter an issue but forgot how it came about, use the 6resmon command to identify the process that could have led to the problem. Sometimes, it is better to repair the problem than reinstall Windows or use a different version other than 10.

Some programs are highly recommended in looking for the processes that cause lag which is related to sedlauncher.exe such as the Security Task Manager. The Task Manager shows all tasks in Windows and hidden processes such as keyboard monitoring or Autostart entries and show whatever security risks it finds. The risk rating could indicate that the process in question might potentially lead to a virus of some kind.

Note that you are disabling the sedlauncher, which encompasses WaaSMedic.exe and Sedsvc.exe as well. This will likely improve your device’s performance. However, this is not a major guarantee when looking for lag-causing malware in your computer.

Another option is to use Malwarebytes Anti-Malware that can detect and remove viruses, including sleeping or inactive ones, from your hard drive. Regardless of the method, cleaning up viruses and unnecessary programs should be done before doing anything drastic.

2nd Fix: Use The Services Utility To Disable It

Another solution to this problem is to turn off the sedlauncher.exe via the services utility. According to AUSlogics, following these steps can help you make use of what is known as Windows Service management tool:

On an important note, if your device has WaaSMedic.exe and CPU usage issues, the Services utility can also be used to resolve it. Find the Windows Update Medic Service and follow the above-indicated steps that were used to deactivate the Windows Remediation Service.

When this is all taken care of, restart the computer and determine whether or not the sedlauncher problem remains.

3rd Fix: Use An Anti-Virus Program

AUSlogics also recommends that you use an anti-virus program as it can arguably counter some issues found with the installation of the launcher. If you intend to install KB4023057 patch, just disable the file so that it does not consume too much of the CPU space. You could use a Firewall or anti-virus to make sure that a virus does not slip through. If the sedlauncher.exe file contains malware, the Firewall could deal with it.

A system restore can get you started up on an operating system free from errors, according to AUSlogics. This is available on Windows 10. Going into a previous restore point can also help ensure that the launcher does not use up a lot of disk space. This method will not try to delete any of your personal data but cleanse system files. Follow these steps to avoid any issues:

A Reddit poster explains that sedlauncher is part of Microsoft Operating System and that it rarely causes problems for the users.

Another forum member comments that sedlauncher is part of the KB4023057 update for Windows 10 and that its purpose is to improve the speed of Window Update Service. Nevertheless, it sometimes causes high disk usage as noted by other Windows users. He usually solves that issue by opening the Task Manager, locating sedlauncher.exe and killing the process. Afterward, his computer goes back to normal.

Another member of the community complains that he doesn’t understand why sedlauncher has to run when there are no updates to install. He also noticed that sedlauncher asked permission to access the Internet through his firewall. That’s why he decided to block it in the end.

A computer owner also reports that his computer’s performance was affected by sedlauncher. He searched for the process in the Task Manager, and when he found it, he clicked on it because he wanted to know where its location was. As it turned out, sedlauncher was located in a Rempl folder in Program files. Reading other member’s comments, the user concluded that the Rempl folder was created when Windows couldn’t update to the latest version for some reason. The person observed that you could get rid of rempl and sedlauncher by uninstalling the update that has installed them on the computer.

Another user points out that besides sedlauncher, you might also notice other processes associated with Windows Remediation Service.

Another individual shared that he solved his issue with sedlauncher by deleting the task in the rempl task. He explained that you could do that by launching RUN windows and typing taskschd.msc, which would open the Task Scheduler. Select Task Scheduler Library à Microsoft à Windows à Rempl and then search for “Shell” in the right-side panel. Delete the task, and you’re ready.

A forum poster remarks that there is an easier way to deal with sedlauncher than disabling or deleting Windows Remediation Service. You must rename the rempl folder so that Windows can’t launch sedlauncher. Locate the rempl folder in Program files and right-click on it. Select Rename or Delete and sedlauncher won’t be bothering you anymore.

Another individual also mentions that you can block the executable files that are causing problems in your firewall. In addition to this, you can defer your Windows updates from as long as a year, which will prevent the rempl folder from being installed anew in the future. However, he doesn’t recommend it because it leaves your system vulnerable to potential hacker attacks.

These tips can be useful in resolving your problems with the sedlauncher. However, it is important to note that while the launcher itself is not harmful, you should not simply leave it to your computer to handle the issue. If the provided tips above don’t work, you can hire a technician to help you.