The primary duties of the Taskeng.exe file include the management of various tasks that are scheduled to run at different times. The Taskeng.exe aims at executing the different tasks whenever necessary. 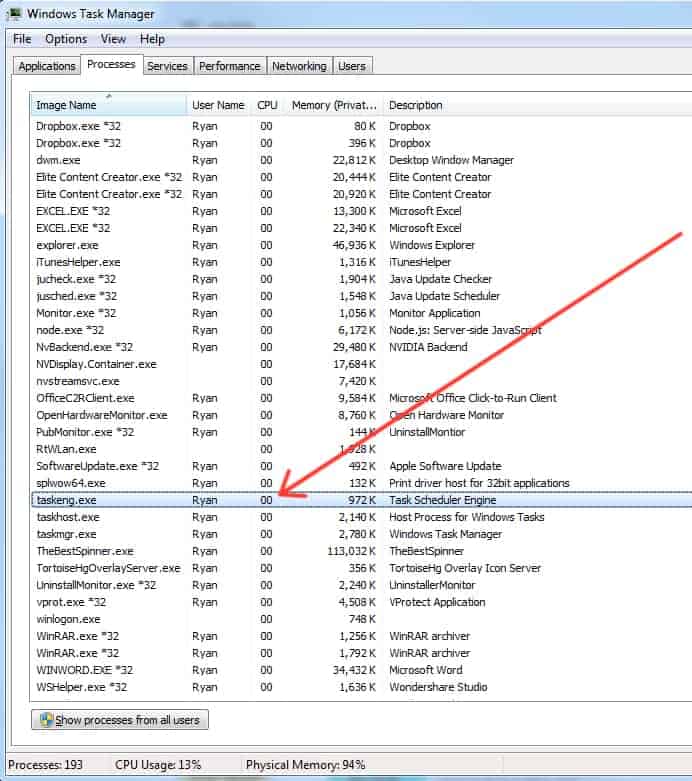 Many users report issues with it constantly popping up, appearing as a ‘black box’, or eating up high CPU resources.

We’ve compiled a list of some common fixes below if you’re running into trouble with it.

Is It A Virus?

According to File.net, it isn’t.

On the other hand, malware program developers, who create viruses, worms, and Trojans purposely name their processes exactly the same file name to avoid recognition. Viruses with the exact same file name are such as VirTool:Win32/Injector.gen!AD or Worm:Win32/Silly_P2P.H (detected by Microsoft), and TROJ_DLOADR.ZAA or WORM_IRCBOT.TX (detected by TrendMicro).

It is to be noted that the Taskeng.exe is a .exe file. Owing to the ubiquity & usefulness, the EXE files are the most common methods or medium of transferring infection or viruses into the computer system or files. 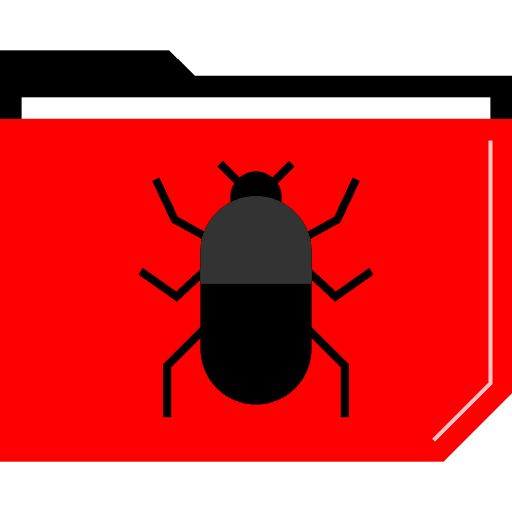 Often, the virus or infected files disguise themselves as benign EXE files like Taskeng.exe and are responsible for distributing the malicious code throughout the computer system. File.net says that,

The Taskeng.exe is a specific system process. This implies that it is a vital process in the computer system and is required for the smooth functioning of the overall operating system that you are making use of.

The Taskeng.exe (Task Scheduler Engine) is responsible for executing a wide range of important tasks and services at certain pre-defined schedules.

This is the reason it is advisable that even if you encounter issues with it, you should not remove it.

Some of the common symptoms associated with the Taskeng.exe file that indicates that is has been infected by some virus or malicious code include:

There are several strategies that you can try to correct or fix Taskeng.exe errors.

Here are some you can consider:

Try out this quick video tutorial and see if it works for you before proceeding to our step-by-step, written instructions.

The video creator explains that pop-up errors are caused by Rocket Tab. If you uninstall Rocket tab but haven’t eliminated remove leftover items then this pop-up error initiates on Windows startup.

You can consider reinstalling the Taskeng.exe file to remove any possible errors. Here are some steps to follow:

Some users have been successful in removing the Taskeng.exe error popup after disabling some hidden task in the Task Scheduler.

There remains a hidden task referred to as “User_Feed_Syncrhonization” that is usually responsible for the issue. Here are some steps to disable it:

If you wish to get rid of the virus or infection associated with the Taskeng.exe file, then you can consider scanning the computer system with a malware fighter.

Malwarebytes, or another scanner, is effective not only in dealing with viruses & Trojans, but it is also one of the best security software that you can consider installing in the system.

You can download the free version of the security software and perform the full system scan to encounter the viruses associated with the Taskeng.exe file.

Once the scanning is complete, all the possible threats will be treated automatically. Upon the next restart, your Windows Operating System will recreate the Taskeng.exe file automatically.