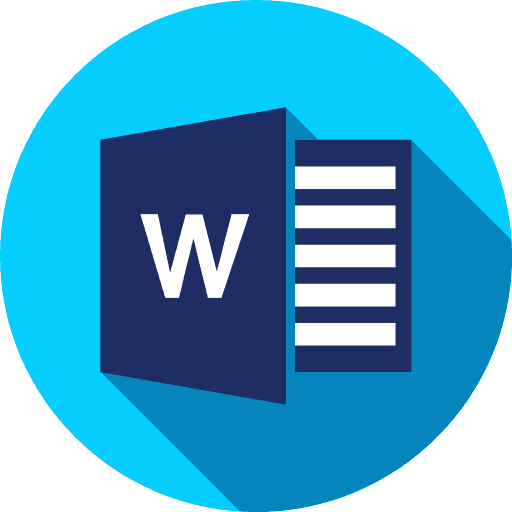 One of the key reasons as to why your computer may run slowly is the presence of apps that take up a very high percentage of your CPU power.

One process that sometimes causes this type of problem is the Trustedinstaller.exe file.

A lot of Windows users have complained about the Trustedinstaller.exe significantly slowing down their computers to the point that they can hardly do anything anymore.

Fortunately, these issues aren’t that hard to address. All you need to do is try some simple fixes, and you should be able to repair trustedinstaller.exe issues.

Trustedinstaller.exe is a program that runs the Windows Modules Installer, part of Windows Resource Protection, which is usually found in Windows 10, 8, and 7.

Its primary function is to enable the installation, removal and modification of Windows Updates and optional system components (Source).

The thing about the trustedinstaller.exe is that some users say that it corrupts pretty easily which means that it has the chance to mess up your computer.

It is known for its high memory usage in Windows 7 which also make your computer use up a lot of resources that it’s not supposed to.

The good news is that you can actually disable trustedinstaller.exe. Just follow some of the fixes mentioned below.

In this video tutorial, the vlogger demonstrates a fix for dealing with TrustedInstaller hogging up too much RAM.

Should You Remove It?

According to TheWindowsClub, “you don’t want to [remove it] as it is a protected system resource. If you disable this service, Windows Updates may fail to install or uninstall!”

Now that you know what Trustedinstaller.exe is and how it functions, you can solve problems related to it by following the fixes below:

As much as possible you wouldn’t want to disable trustedinstaller.exe as this can also affect some of the important Windows updates that your computer actually needs.

So the first thing you should try to do is to clear the problem history. Here’s how to do that:

If you do this, you should be able to have the problem fixed. If not, try some of the other methods mentioned below.

Video Tutorial: How to Clear Your Windows 7 Problem Report History

This should do the trick and lessen the instances of trustedinstaller.exe appearing.

If this doesn’t work, then you may have to stop the Windows Module Installer as a whole from running. Follow these steps:

By doing this, you’ll entirely stop the Windows Module Installer from any automatic updates. So if you want to install any updates, then you have to do it manually.

Just like most executable files, there is a huge possibility that the trustedinstaller.exe file that you’re seeing is actually a virus that’s pretending to be a legitimate .exe file.

This is why it is highly recommended that you always make sure to scan your computer every week.

By scanning your computer every week, you’ll find out whether there are any viruses or malware attached to your computer in the form of the trustedinstaller.exe.

If your antivirus detects it, then you can at least delete the virus right away.

If none of those fixes work, one user in the Windows forum suggests that the best thing to do would be to simply install a new Windows pack.

The Windows Vista Service Pack 1 is the most recommended to install. Most bugs you can experience with  Trustedinstaller.exe is fixed with this OS.

How To Delete, Rename & Edit Files Or Folders Protected by TrustedInstaller

In this video, the tech vlogger provides a training video for Windows 7 on how to delete, edit, rename files or folders protected by TrustedInstaller.

How to Delete Files Protected by TrustedInstaller in Windows 10

In this video, the vlogger demonstrates how to get permission from “Trusted Installer” on Windows 10 to delete files and folders.  This helps when Trustedinstaller is denying access to files.

We examined a couple of different forums to see what people were saying about the file process. Some of the more common themes we saw regarding whether it was a virus, a specific location, what to do if it’s missing, issues related to memory usage, as well as memory leaks.

Over at File.net, they gathered a bunch of different user reviews of the Windows Modules Installer- saying that overall it can be considered a crucial file process but is known to cause problems.

One Windows user complained about random High CPU usage- saying that, generally, it would last for only 2 to 3 minutes at a time another Windows Vista user said that it works in tandem with the Windows Integrated Update utility.

A laptop owner claims that it is a trojan virus, saying that it actually corrupted a file required to activate his laptop. Are there computer owners say that it removed their user rights, meaning that they were unable to delete it and were suddenly deluged with spam and advertisements.

Over in the Microsoft support Community, one user posted about an issue, saying that the Trusted Installer application was denying access to files.

This issue with occurring on his Windows 7 Pro 64-bit computer system. The top voted response came from tech support saying that he had to modify the folders permission settings- this involved accessing the directories properties and then navigating to the security tab. Click the link above if you want the whole step by step instructions.

Over in the Windows Club, they advise that you should not disable it because it is considered a protective system resource. If you end up deactivating it, a danger that Windows update may not uninstall, or install.

Over on Reddit, one user was complaining that it was popping up on most 100% of his physical memory.

After digging around the internet, he determined that this Windows application was searching for updates and he was concerned that it was using too much memory.

A user posted a fix that works by navigating to your computer’s Control Panel, accessing Administrative Tools, selecting Services, navigating to Microsoft Update, right-clicking on it and then choosing Stop.

Another Reddit user had a screen issue with the program stuck in an infinite loop. He says that on one of his servers, the program keeps trying over and over to install the same update, despite the fact that it is already installed. The top response came from a user who suggested resetting the Windows Update components.

The trustedinstaller.exe issues can actually do quite an amount of damage to your computer—especially if they are caused by an actual virus parading as the trustedinstaller.exe. In any case, the fixes that were mentioned above are all tried, tested, and trusted to work. However, you have to make sure that you try them the moment you notice that there is a problem.

The key here is always to address the issue before it becomes bad. Fixing it early will save you a lot of headaches on fixes in the future. So if you already see an error from the trustedinstaller.exe or notice that your computer is too slow, try these fixes.